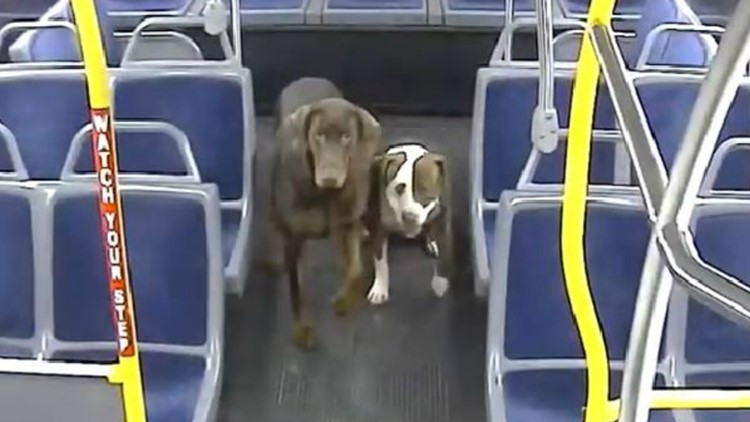 MILWAUKEE — Here's such a great story out of Wisconsin this holiday season.

On Dec. 18, a Milwaukee County Transit System bus driver picked up unusual passengers at the end of her shift. Two dogs!

Jamie Grabowski said she was heading back to the garage around midnight when she spotted the pair running around.

Grabowski said she stopped the bus, called for the dogs, and they hopped on.

According to the Milwaukee County Transit System, she said she was glad to have found them when she did because it was around 20 degrees, and she didn't want them to freeze or get hit by a car.

Grabowski called animal control, who met up with her and took the dogs, who were in good health and “very sweet and playful.”

Turns out, the owners of the Pit Bull and Doberman Pinscher had been looking for them all night after the pair snuck out of their yard for an adventure.

The dogs’ owners said they are extremely grateful for Grabowski and everyone else involved in reuniting them with their four-legged friends.