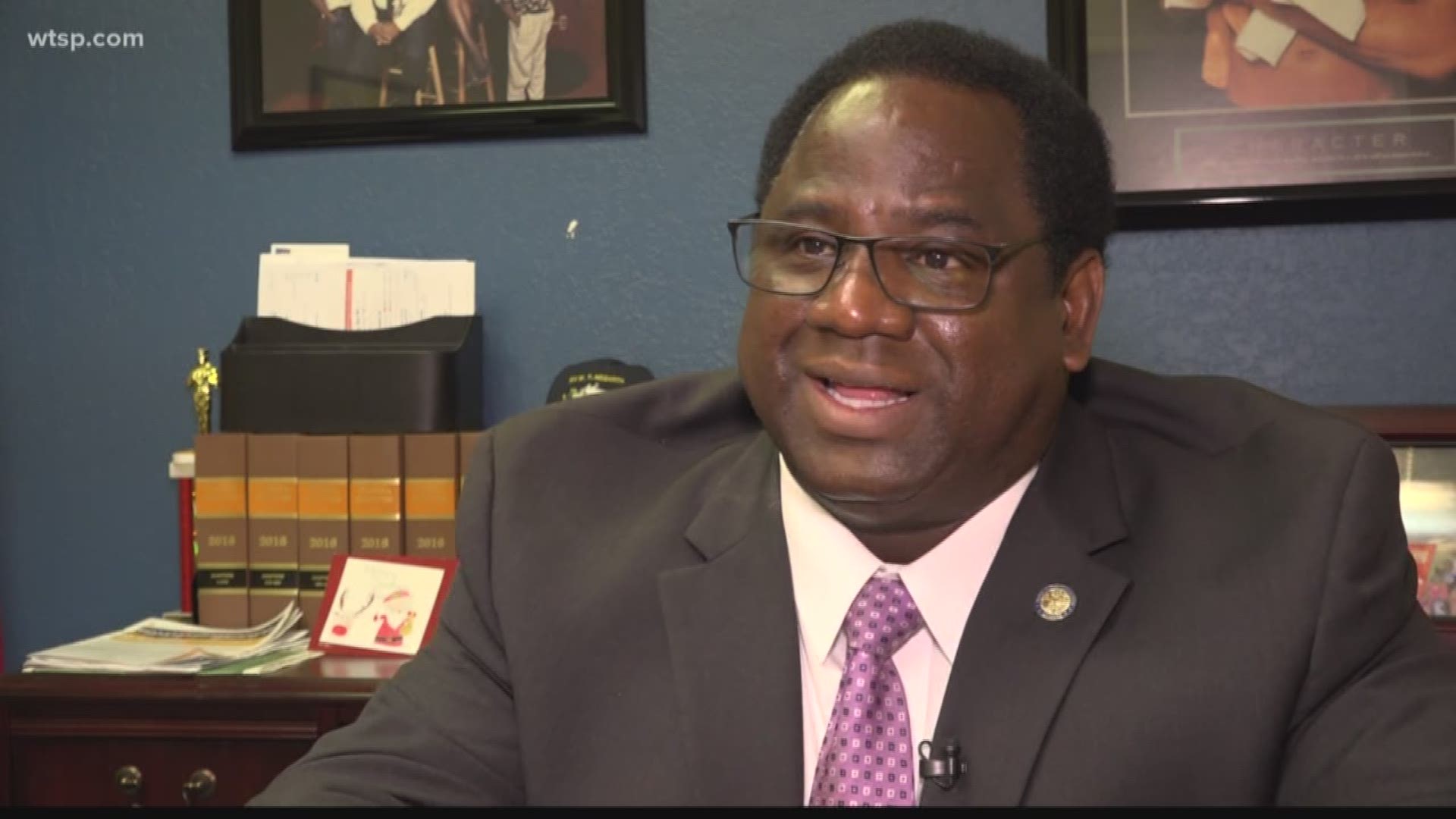 ST. PETERSBURG, Fla. -- If a local lawmaker has his way, you could face criminal charges if you leave your car running and it’s stolen.

Rep. Wengay Newton (D – St. Petersburg) filed a bill this week which would make it a second-degree misdemeanor to leave your car running and unattended. It requires you to take the key out with you and lock the doors.

Rep. Wengay had compared it to leaving an unlocked gun around a minor, saying you wouldn't do that, so don't leave minors to get your unlocked car.

"We have a lot of juveniles getting access to vehicles unlawfully. However, these juveniles are not using guns or force, these vehicles are pretty much left running open with keys in them," Rep. Newton said.

"I had a lady follow me after a panel. She said 'let me get this straight Rep. Newton. You're going to punish me because they steal my car?' I said no ma'am, only when you give it away. Only when you give it away. I tried to make it what they call a valet bill, but they wouldn't let me. I had to amend the current statute because at the valet, you pull up, give them your keys and your car unlocked, running and you walk off."

Newton also clarified some points in this proposed bill.

You're still liable whether your car is running or turned off if the keys are left inside and the doors are unlocked.

If you locked your keys in the car, you aren't liable because the juvenile would have to break in.

And, this only refers to juveniles stealing your car. If an adult steals your car, you won't be charged.

Right now in Florida, you can be cited for leaving your car running and unattended, but it’s a noncriminal traffic violation.