Friends say 68-year-old Mathew Korattiyil was always smiling and loved by everyone in the community. 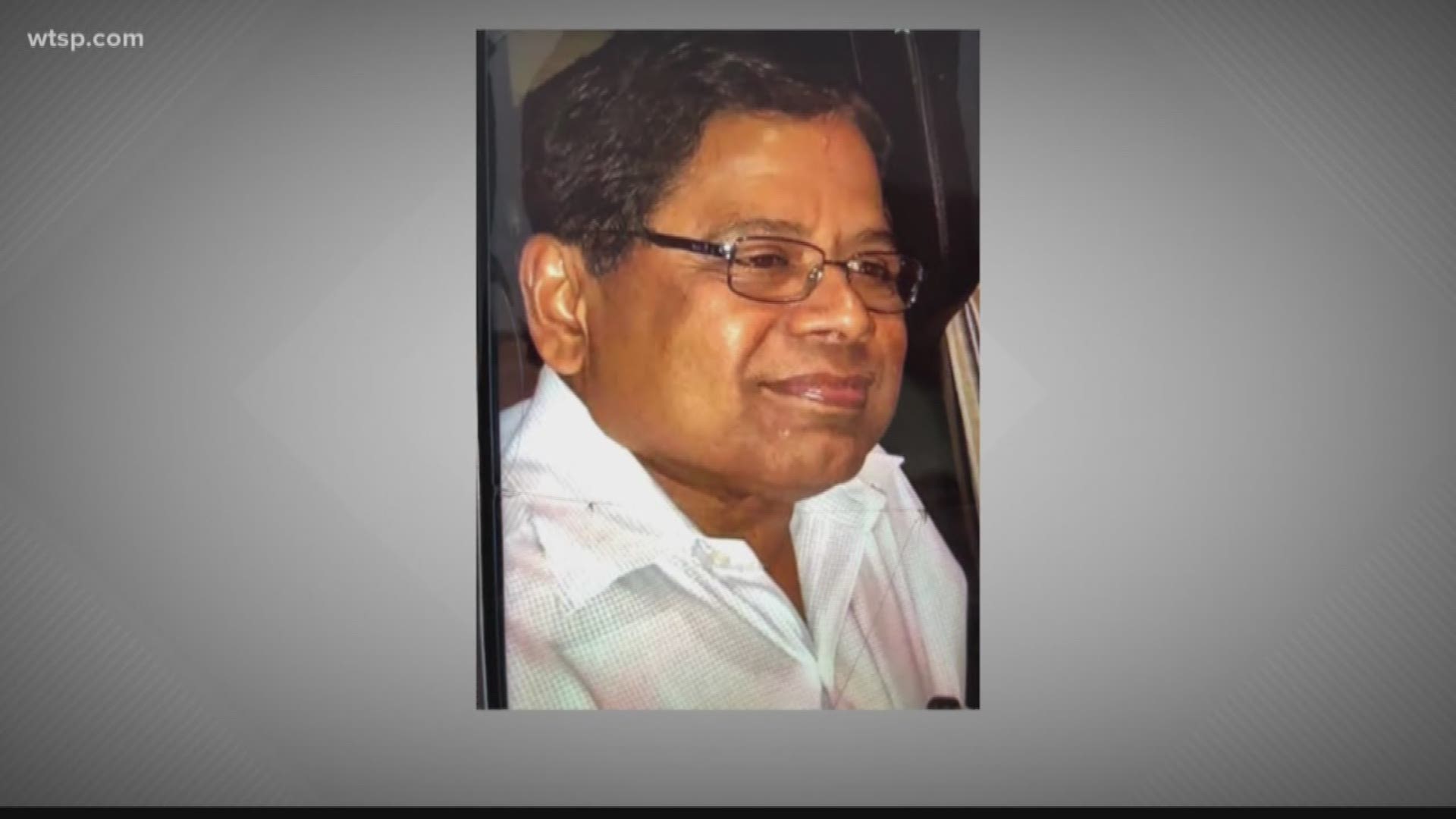 "We lost a great man in the community," Suresh Nair agreed.

According to deputies, Korattiyil was outside the bank that James Hanson was robbing. They say he carjacked Korattiyil at gunpoint after.

Korattiyil's body was found behind a nearby church later in the day.

Even people who didn't know Korattiyil directly were shaken by the news of his death.

Elizabeth Bishop went to the gas station he had owned before his retirement to deliver flowers.

"I felt a great sense of my heart aching for a family who lost a loved one," Bishop said. "The way that he passed, it’s not right."

She was upset after learning Hanson had recently been released from prison.

"He needs to stay behind bars. Nobody else needs to suffer at his hands," Bishop said.

The Hillsborough County Sheriff's Office said Hanson confessed to detectives about the robbery of the CenterState Bank, the carjacking and murder of Korattiyil.

Hanson, 39, is charged with premeditated first-degree murder, carjacking, grand theft of a motor vehicle, kidnapping, resisting an officer with violence and robbery.

On Tuesday night, authorities booked Hanson into the Orient Road Jail in Tampa.

According to court documents, Hanson has a criminal history and was even sentenced to life in prison at one point. Those court documents say he got a life sentence in 2003 for armed robbery.

He wound up making a deal with the state and accepted a 15-year sentence, which set him up for a July 2 release.