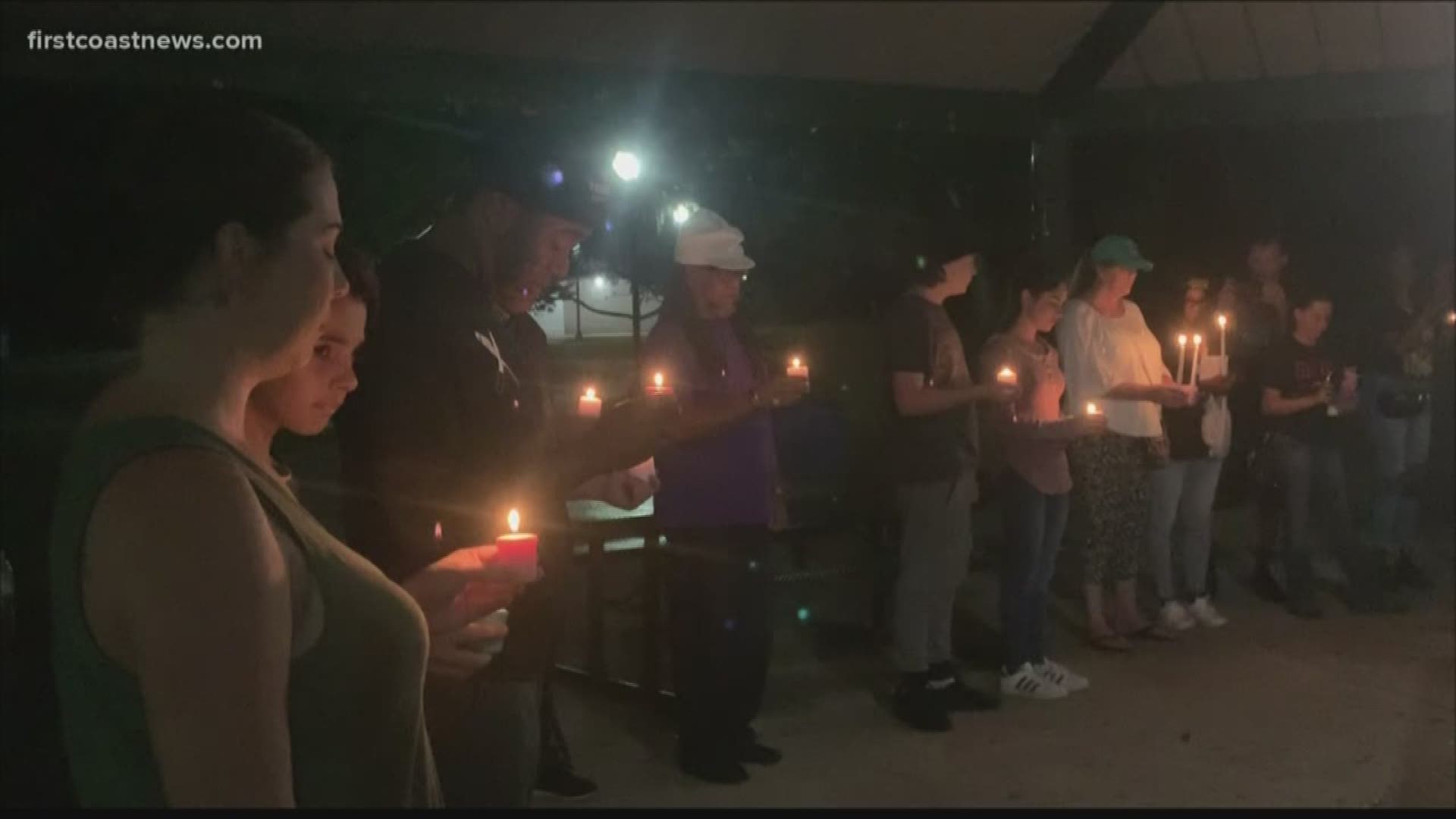 The vigil started at 6:30 p.m. at Losco Park. Attendees were able to make monetary donations for the National Center for Missing and Exploited Children in Taylor Williams' honor. Those who still want to donate can visit the Center's website.

Toys were also collected in her honor. The toy donations will go to children who have been in unfortunate circumstances and may be in foster homes for Christmas.

Most of the people at the vigil said they don't know Taylor Williams or her family.

"We have her back," Brittany Davis said. "We don't know her, but there's so much stuff that divides us as a community, but stuff like this really brings us together, and it's just really important."

Davis said she attended because she has two young kids and Taylor Williams' story hit a personal chord for her.

"Little Taylor Rose may not have known any of us, but we are here for her and it's important for our community as a group to say so," Jay Howell, the first director of the Center for Missing and Exploited Children said. “I think that makes it more powerful, that it comes as a voice from the community and people here have never met that young girl, but they’re here to show their support for her and I think that’s pretty powerful."

The vigil was organized by Jacksonville mother Amanda Simpson, who has been following Taylor Williams' story from the beginning. Simpson is part of the Facebook group "Justice for Taylor Williams" through the "Red Shoe Crime District."

Simpson said she decided to help organize the vigil because she knows what it's like to have a child missing. She said her daughter was abducted, and thankfully was brought home by the FBI.

Organizers also used the vigil to raise awareness for all missing children. Some in attendance said they're still searching for missing family members.

"We have a cousin who went missing about six-and-a-half years ago, Whitney Sanders, and she has never been found," Dwight Johnson, who attended the vigil, said.

According to Simpson, more than 15,000 people as far away as the United Kingdom watched the vigil on a livestream broadcast on Facebook. Several of them, she said, lit candles wherever they were.

Taylor Williams was reported missing in early November by her mother, 27-year-old Brianna Williams. On Nov. 12, human remains believed to be Taylor Williams were uncovered in a wooded area between the cities of Linden and Demopolis, Ala., according to law enforcement. JSO is awaiting a positive ID from an autopsy and DNA comparison before confirming if the remains are, in fact, Taylor Williams.

Brianna Williams was arrested shortly after and charged with child neglect and giving false information to investigators, according to Jacksonville Sheriff Mike Williams. However, she was taken to the hospital instead of jail after a suicide attempt left her in serious condition.

She was moved from the hospital to Duval County Jail on Thursday, Nov. 21, according to JSO records.