A South Buffalo couple reunited with their missing dog with the help of volunteers and a grieving family in Lackawanna. Then they returned the favor for Christmas. 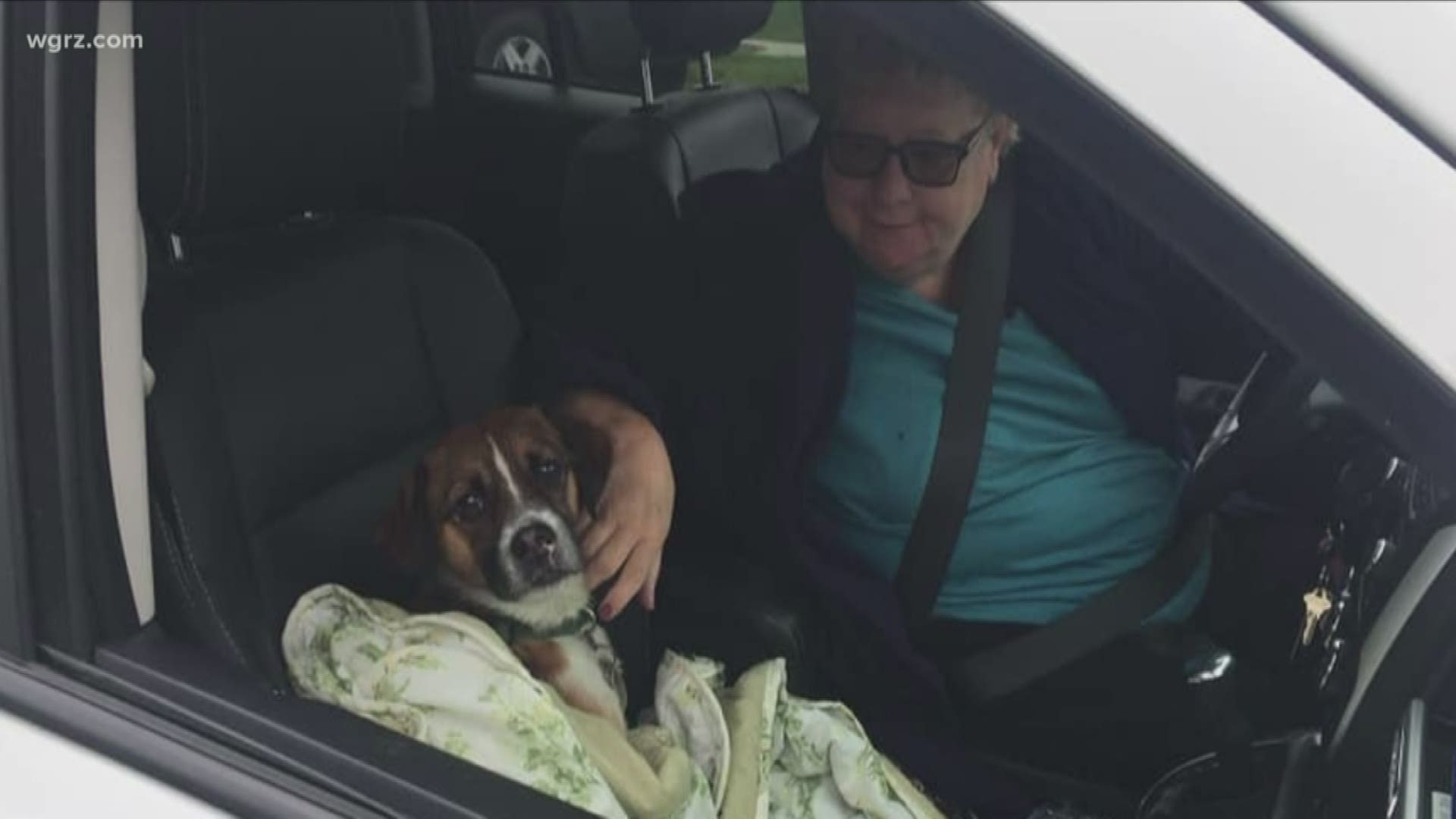 LACKAWANNA, N.Y. — It was the end of October when Mary and Richard Sicienski's dog Tucker went missing.

"We just kept going everywhere and everywhere. It wasn't until Cindy called that, 'OK, now we've got an area,' " Mary said.

Cindy Cirbus first spotted Tucker from her home on Orchard Place in Lackawanna. She knew who to call based on posts for a missing dog on social media.

From there came a major effort to find Tucker, led by a group called Sherlock Bones, dedicated to returning lost pets to their homes. Cindy and her two daughters, Ashley and Megan, opened their doors to the volunteers.

"They were outside in my yard, in my driveway, whatever they needed 24/7. They needed to find a dog," Cindy said.

The volunteers used all kinds of cameras and equipment to find the missing pup.

However, Tucker's owners would soon learn the Cindy and her girls were facing struggles of their own.

"This past June my husband Don passed away, and it's been tough," Cindy said. "It's just me and the girls and our kitties, and we're just sort of, I don't know, trying to find our way and trying to figure out how to do things by ourselves."

Cindy says looking for Tucker helped give them purpose while facing their first Christmas without Don, who happened to have been a dog lover himself.

"The last day that they were looking for him, when they sent the drone up and I was in the backyard with them, and I was like, 'Don, please send Tucker back this way,' " She said.

And that's exactly what happened.

Mary and Tucker reunited at the Holy Cross Cemetery in Lackawanna, near Don's resting place.

Mary rehashed the reunion. "I open the door real slow, and he jumped in. He was all full of mud. He's crying. I'm crying," she said.

The cemetery is just a stone's throw away from the Cirbus' home. Cindy and her daughters think that Tucker staying close by was a sign from Don.

"He traveled between there and our house, and I just thought it had something to do with it. I think that he kind of kept him there," Cindy said.

Her daughter Ashley added, "Maybe he wanted to give us hope that like, 'Yeah, there are good things that happen.' "

But the story didn't end there. Mary and the Sherlock Bones volunteers came together once again, this time with a Christmas surprise for the Cirbus family.

They showed up at their house with five cars full of presents, ranging from clothes to games and books.

"It was just unbelievable. It was like, things like that don't happen to us. My daughter said, Ashley said, it's the happiest she's been in a real long time. So it gave them some happiness too. It was awesome," Cindy said.

Mary added: "I have goosebumps now, but I had goosebumps just going in there and seeing the girls, and seeing Cindy and everybody was so happy and excited."

It wasn't the gifts they'll remember forever, but a feeling that good things lie ahead.

RELATED: Missing dog finds his way back to WNY family