Man has spent 22 years building giant crosses across the US

His biggest wish has always been to see the crosses in Knoxville and Knox County, Tennessee. 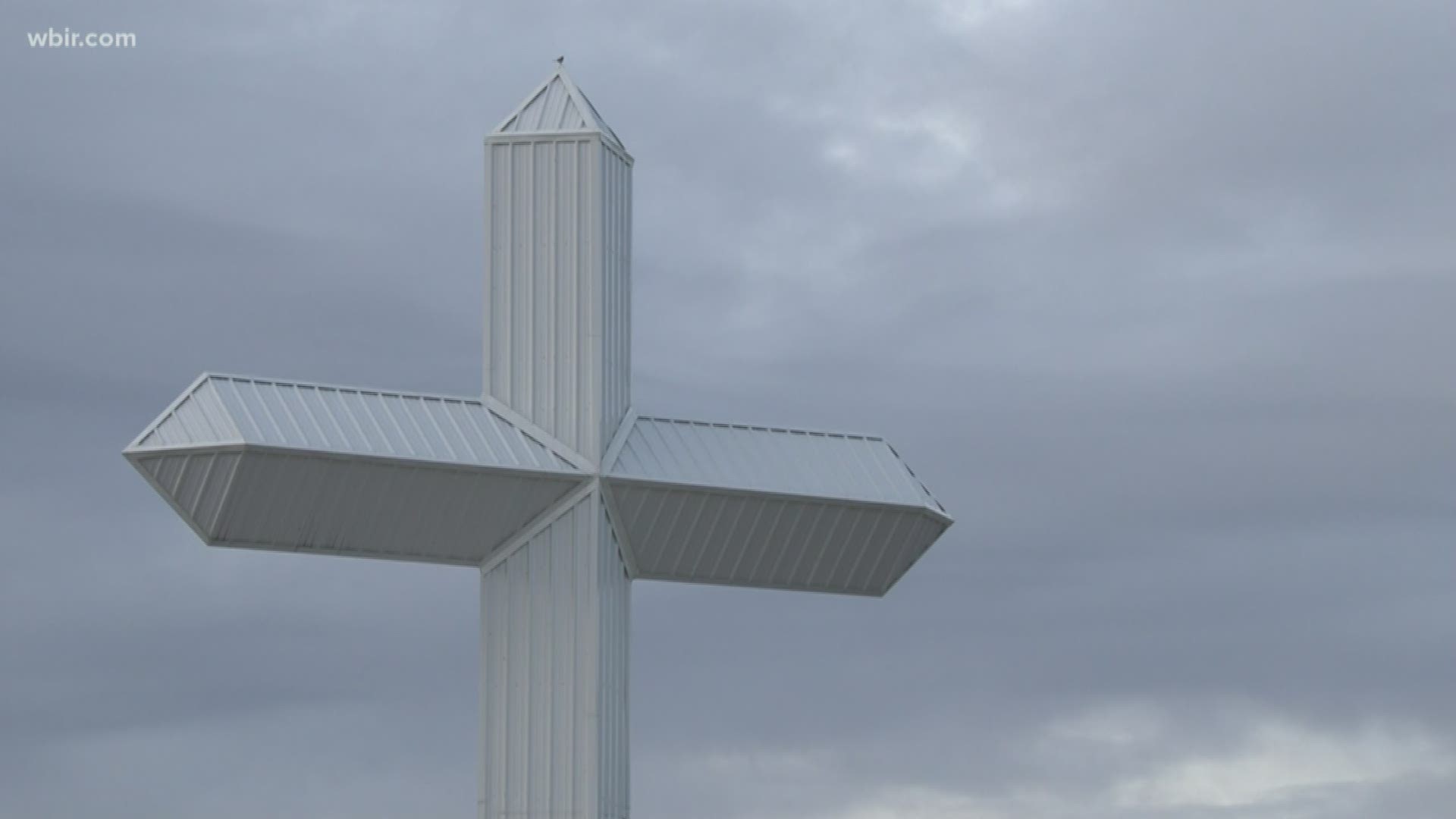 KNOX COUNTY, Tenn. — You may have seen them all over East Tennessee, maybe even other states. Giant crosses range in size and can be as big as 120 feet tall.

The developer has been trying to build them in Knox County for years. He said he's making progress but ordinances within the county and city are standing in his way.

James Potter has been working hard for 22 years building so many crosses that he's lost count, "Got them all around. We got them from Florida, Georgia,  Alabama just on and on everywhere."

Most recently in East Tennessee, Potter put up a 60 foot cross in Oliver Springs, which doesn't go unnoticed by drivers passing by. "It makes you feel good to put something up to glorify the Lord," he said.

In the works, another 60 foot cross that will be built in LaFollette, as well as Morristown. Potter teams up with Cornerstone Engineering out of Maryville whose engineers turn his sketches into blueprints.

The crosses, usually near churches, start at $30,000 to build. Members help raise most of the funds.

But recently Potter was diagnosed with cancer, "We haven't got them in every state but I'd like to. I'm sick now." His biggest wish has always been to see the crosses in Knoxville and Knox County.

He's scoping out land near Temple Baptist Church in Powell but the county ordinance only allows the cross to be 50 feet tall. "But were gonna challenge them on that, try to get a 60 foot cross," said Potter.

As for Knoxville, the city ordinance would restrict the cross to around 30 feet tall. Potter has been challenging it for years and hopes a change will one day be made.

Potter said he only would want to build a 60 foot cross in the city of Knoxville. "I'm gonna wipe the dust off my feet and go to the next, that's what the bible tells us to do."

10News reached out to city officials for comment and were given this statement:

We are familiar with his request to build a structure on industrially-zoned property he does not own in north Knoxville. Over the years, we have advised Mr. Potter several times that he may create a structure up to 45 feet tall per the Zoning Code at Article IV, Section 2.3.2.F. which is controlling in the I-3 district where the property is located. To do so, we would require him to apply for a building permit. However, to date, I do not believe that he has applied for a City or a County permit for this proposed structure.We have advised him and his attorney numerous times that he will need to obtain the relevant permits for the project through our Plans Review and Inspections Department. This Department also reviews other zoning requirements, such as setbacks.