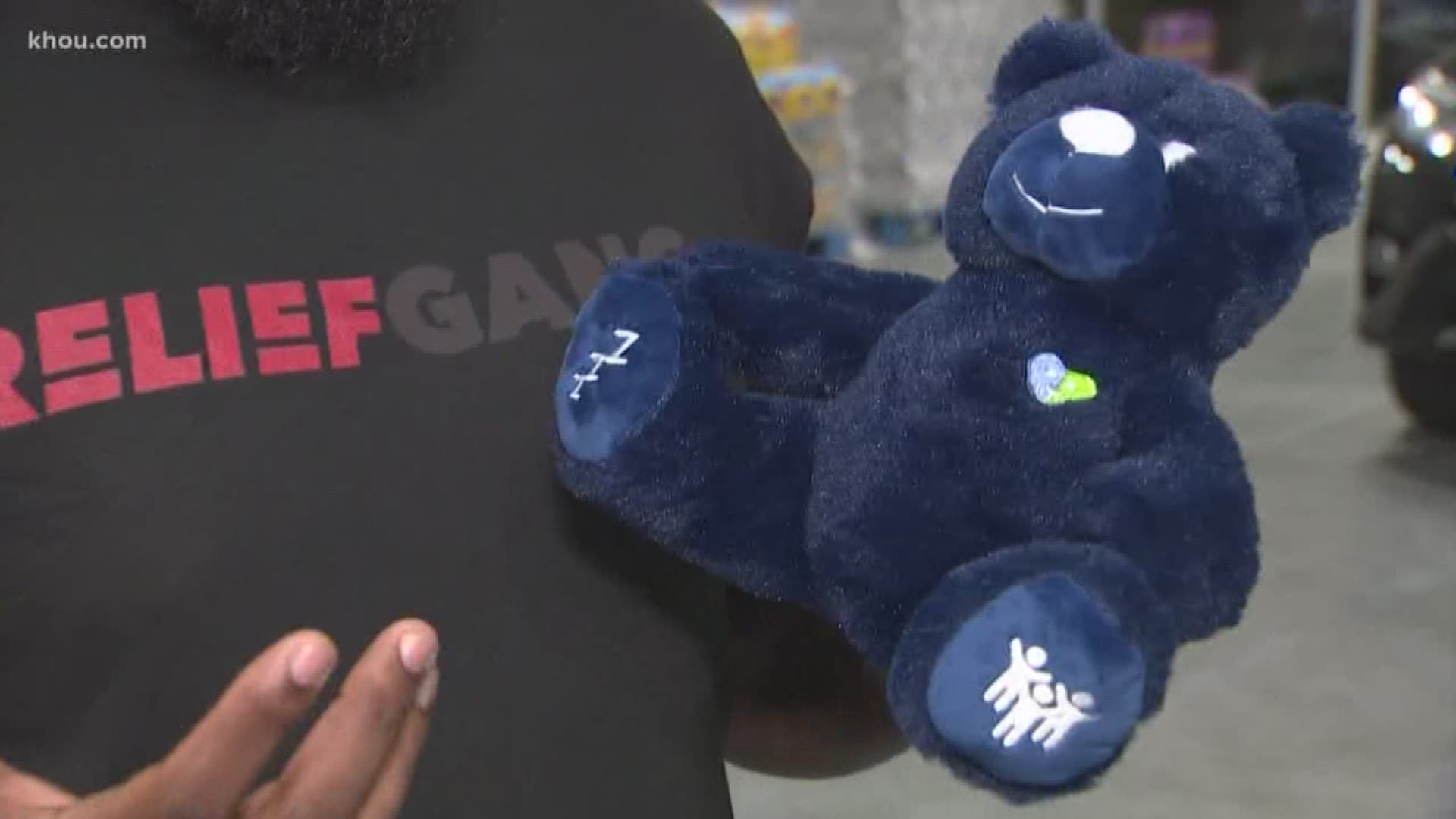 HOUSTON — Trae Tha Truth, known for his music and work in the community, is part of a company selling a bear inspired by the rapper’s 16-year-old son.

“I feel this is going to be a creative way (to) help millions of kids, man,” Trae tha Truth said.

He owns 50 percent of the company behind Cubby Love Bears. They are stuffed animals and more.

“This specific bear here is made on behalf of my son D’Nico,” he said.

The rapper’s son is unique, talented and in his special needs class at school. D’Nico’s dad saw staff struggling to help a girl without arms use a tablet, so Trae and a business partner created teddy bears to do it for her and others.

However, the one closest to Trae’s heart targets non-verbal children.

Getting his own son to a place where he helps Trae at charity giveaways had its struggles. The rapper hopes, though, his creation helps other parents bear down better.