Gov. DeSantis signed SB 1716 to honor the men "who put the safety of their communities above their own safety.” 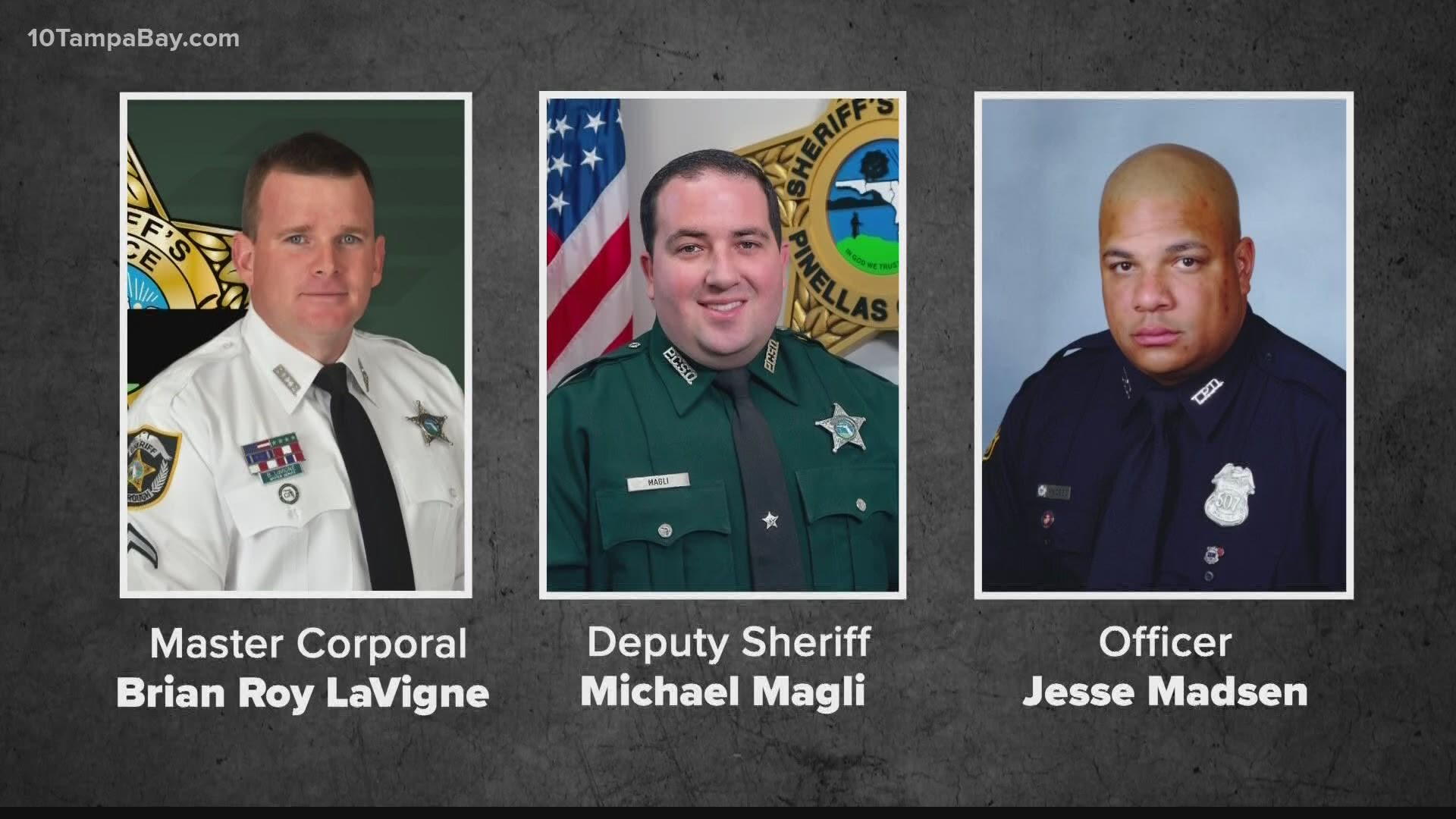 “These were men who put the safety of their communities above their own safety," Gov. Ron DeSantis said before signing SB1716 to make the designations.

Deputy Michael Magli of the Pinellas County Sheriff’s Office, who was killed in the line of duty when a suspected drunk driver crashed into him, will have a portion of CR 611 designated as "Deputy Michael J. Magli Memorial Road."

Fallen Master Patrol Officer Jesse Madsen will have a portion of I-275 dedicated as "Officer Jesse Madsen Memorial Highway." It's the same roadway where the Tampa Police Department officer veered his cruiser into a wrong-way driver to protect others.

Sergeant Brian LaVigne of the Hillsborough County Sheriff’s Office was one shift away from retirement when investigators say he was killed after his cruiser was intentionally rammed during a pursuit. A portion of SR 60 will now be designated as "Sgt. Brian LaVigne Road."

While signing the legislation to designate the roadways, starting July 1, DeSantis described the three as heroes who we all would have wanted to be the ones to arrive when we call for help.

The governor added that while the designations are not going to put an end to the trauma their families have experienced, it sends the signal that “we’re not going to forget their sacrifices. We’re not gonna forget what they did to protect our communities.”

“Especially, given what we’ve seen throughout our country in the last year-and-a-half, two years with how certain, I think, folks treat law enforcement," the governor added. "I think moments like this should remind all of us that these folks are putting on a uniform and they are putting our safety above their own safety.”