Mickey Nelson has raised more than $100,000 for the Salvation Army. 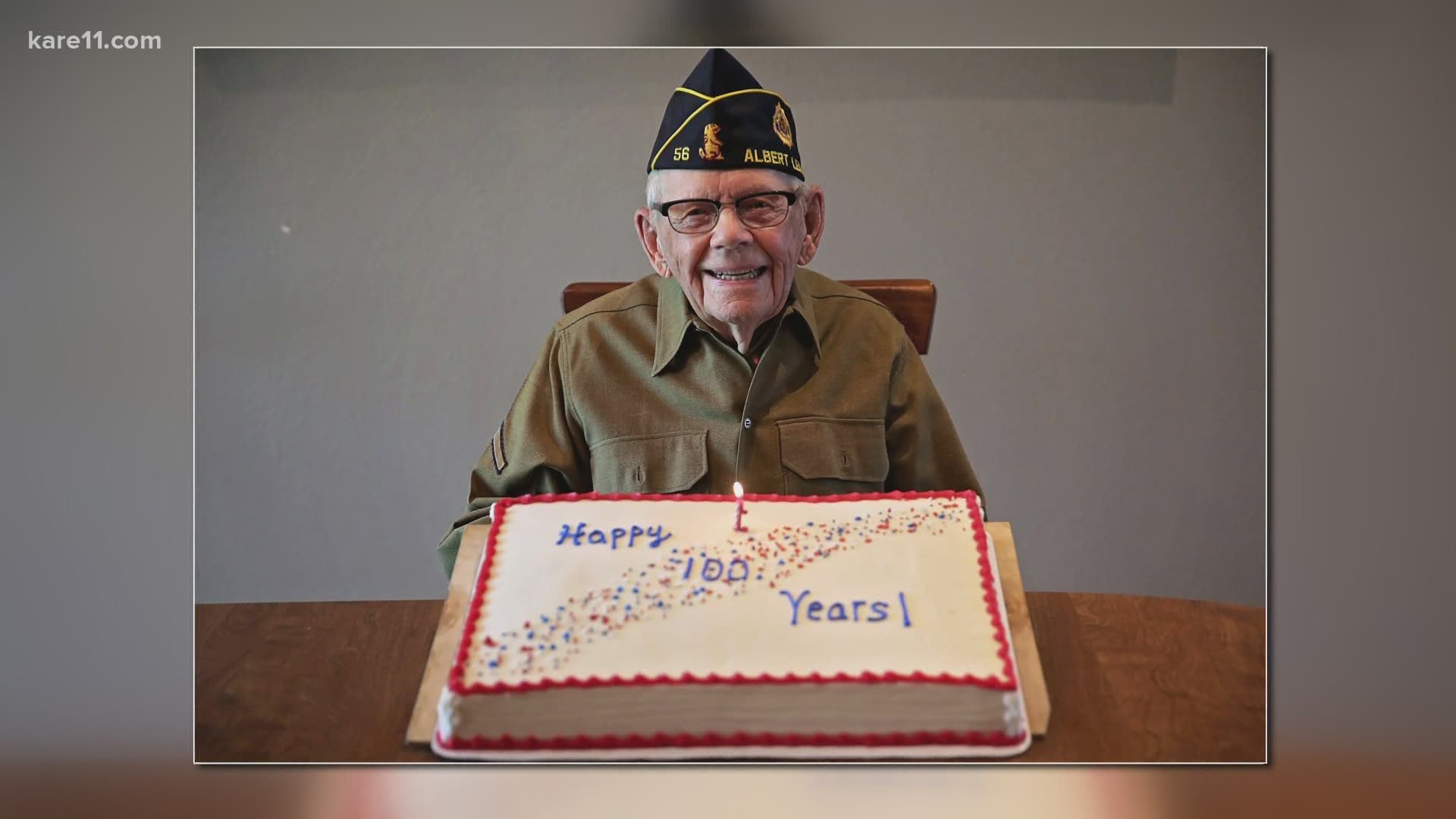 On Saturday, the WWII veteran marked his 100th birthday.

He’s more than 60 miles into his goal of walking 100 miles this summer for the Salvation Army.

“We figured probably $5000 when we started out,” Mickey said Thursday during his walk.

A flurry of donations followed a KARE 11 story that aired late last month. National coverage came next, each story bringing additional attention to Mickey and his 100-mile quest.

“Celebrity press secretary,” Michelle corrects her sister with a laugh.

The attention paid Mickey has been good for the Salvation Army, where Mickey’s fundraiser is being directed toward food assistance during COVID-19.

Don LaMar, who works at the Salvation Army’s West 7th Street location in St. Paul, said, “We've gone from doing 15 to 20 food boxes a day to now were averaging well over 300. Some days we've been has high as 700 or more.”

Don wished Mickey a happy birthday, then expressed his gratitude. “We wouldn't be able to do it without partners like Mickey,” he said.

But then, Mickey remembers.

“Those were tough days in Depression days,” he says. “I remember the breadlines in those days. They were lining up for something to eat. It left a mark on me that people needed food.”

So, Mickey didn't forget his local Salvation Army branch either, the one located in Albert Lea, a few miles down the road from Clarks Grove.

On Thursday Mickey showed up with $1500 in cash and checks that had been given to him personally, money on top of the $100,000 he raised online.

Again, Mickey left instructions that he wanted the money to go to food, “because I always had food on the table in my life.”

Then, Mickey returned to Clarks Grove and walked another mile toward his goal.

“Just being part of that generation, just always growing up knowing when you've been blessed with so much, that you want to be a blessing to someone else,” Mickey’s daughter Michelle said.

• Survivor reflects on polio, the scourge that last shut down the MN State Fair

• 'Superfan' who has attended 1500 Anoka grad parties, gets one of his own

• Catch Minnesotan's priceless reaction upon learning she will be a grandma