The National Transportation Safety Board is now investigating two plane crashes involving the same company at Addison Airport in less than six months. 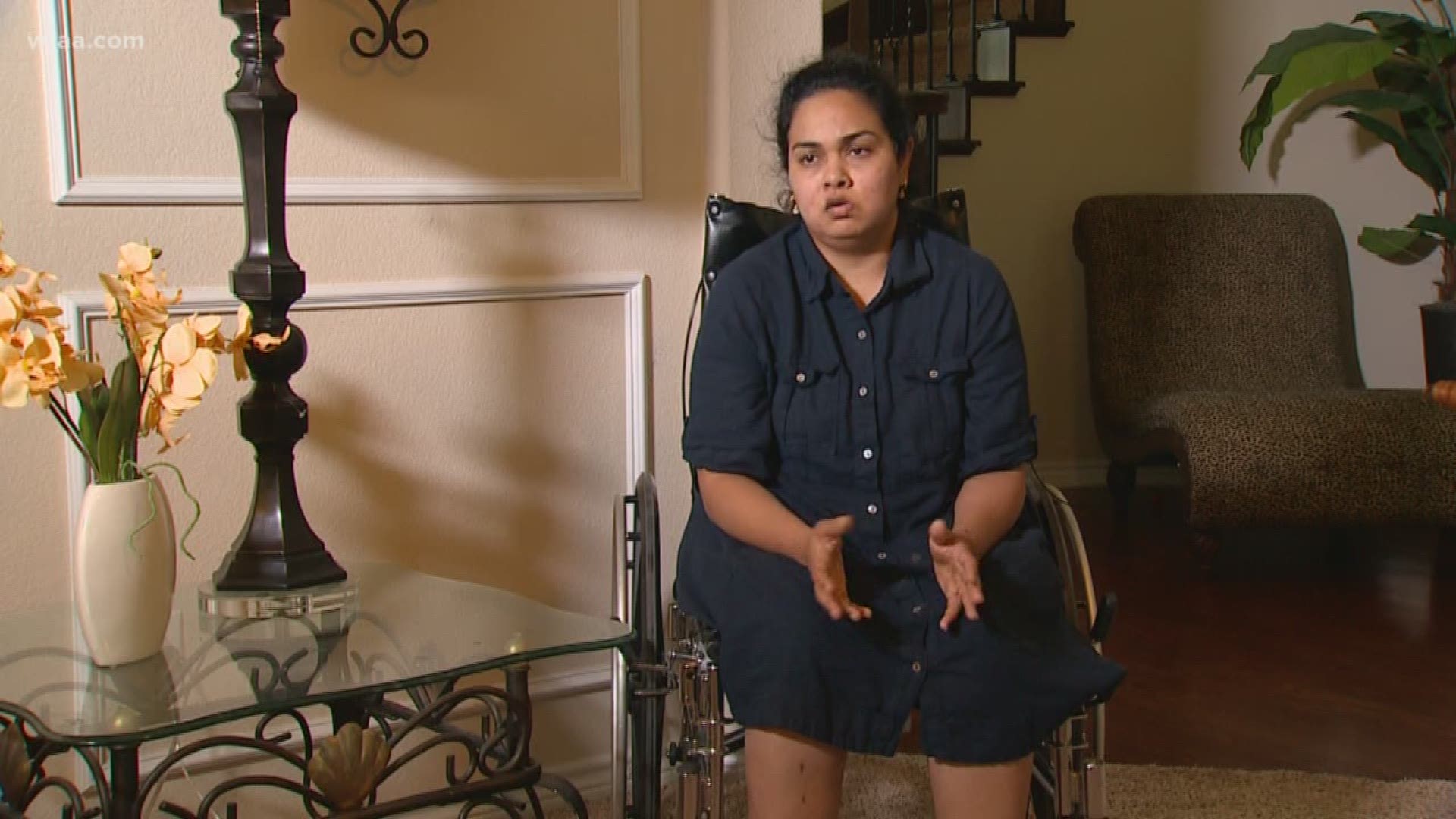 That company, known at US Sport Aircraft, was involved in a crash over the weekend and in March earlier this year.

Fort Worth resident Sheema Shaik was involved in the March crash as a passenger. She said that she wanted to see Texas from the air, so she and her husband paid for separate flights with US Sport Aircraft through Groupon.

But after taking off, a preliminary NTSB report shows that the pilot experienced a vapor lock with the fuel pump and radioed to the control tower that she needed to make an emergency landing.

A vapor lock is when fuel changes state from a liquid to a gas while in the delivery system. The plane ended up crashing between a taxiway and a runway at the airport.

Shaik said that she feared she was going to die. “I did not have that much time to think you know,” Shaik said. “I knew that we were going down—I just thought about my family.”

What followed was a medical nightmare that left Shaik regretting the fact that she ever got into the cockpit of her plane. She received second-degree burns to her back, broke both legs and ankles, her neck, ribs, hand, and her lower back.

Shaik said that she also got a concussion that was so bad, that she said she can no longer smell or taste things.

Right now, she can’t walk—and there’s a chance she could lose her right foot because her talus bone is dead. Her medical bills, she said, are more than half-a-million dollars. “Each day I’m not a normal person,” Shaik said. “It’s a challenge for me.”

The NTSB is investigating the cause of Shaik’s crash, and now they’re looking into another involving US Sport Aircraft. The company is now identifying as ‘Thrust Flight’ but acknowledges that it was formerly US Sport Aircraft on its website.

On Saturday, a plane flown by the company went down at Addison Airport leaving three people injured. That’s two crashes in less than six months.

Shaik’s attorney, Ron McCallum of McCallum & Associates, said he’ll be paying close attention to the preliminary investigation of this latest crash. “I’m deeply disturbed that there’s another crash—with the same company to which my client was almost killed,” McCallum said.

McCallum and Shaik are considering litigation at this point. He alleges that Shaik’s crash could have been avoided.

McCallum is a pilot himself and has dealt in aviation litigation for over two decades. He alleges that the pilot could have landed safely. “She had other opportunities available to her that would not have resulted in this type of injury, in fact, everyone could have walked away,” he said.

WFAA reached out to US Sport Aircraft asking for comment about McCallum's comments, the crash over the weekend, and the one in March.

Its owner, Patrick Arnzen, sent WFAA the statement below:

“We are saddened by the accident this past weekend and are working closely with the FAA and NTSB to determine the cause and any measures that can be taken to prevent future incidents. We are grateful that all participants are receiving excellent care and are expected to recover.

Our fleet is the most modern and up to date in the area featuring new aircraft, whole aircraft ballistic recovery parachutes, airbags and other modern safety features. Our maintenance practices are regularly inspected by the FAA as part of our certification. These measures contribute greatly to survivability in an accident. This safety culture has allowed us to operate a very high-volume flight school with only five injuries and no fatalities in our 12-year history. Unfortunately, even in the most safety conscience environments, aviation carries some inherent risks. We strive to do all that we can to minimize these risks, but the industry has not yet devised a way to completely eliminate them.”