10 charged in human trafficking bust out of Hernando County

The sheriff's office said a teenage girl was being trafficked by a person who was her parental guardian. 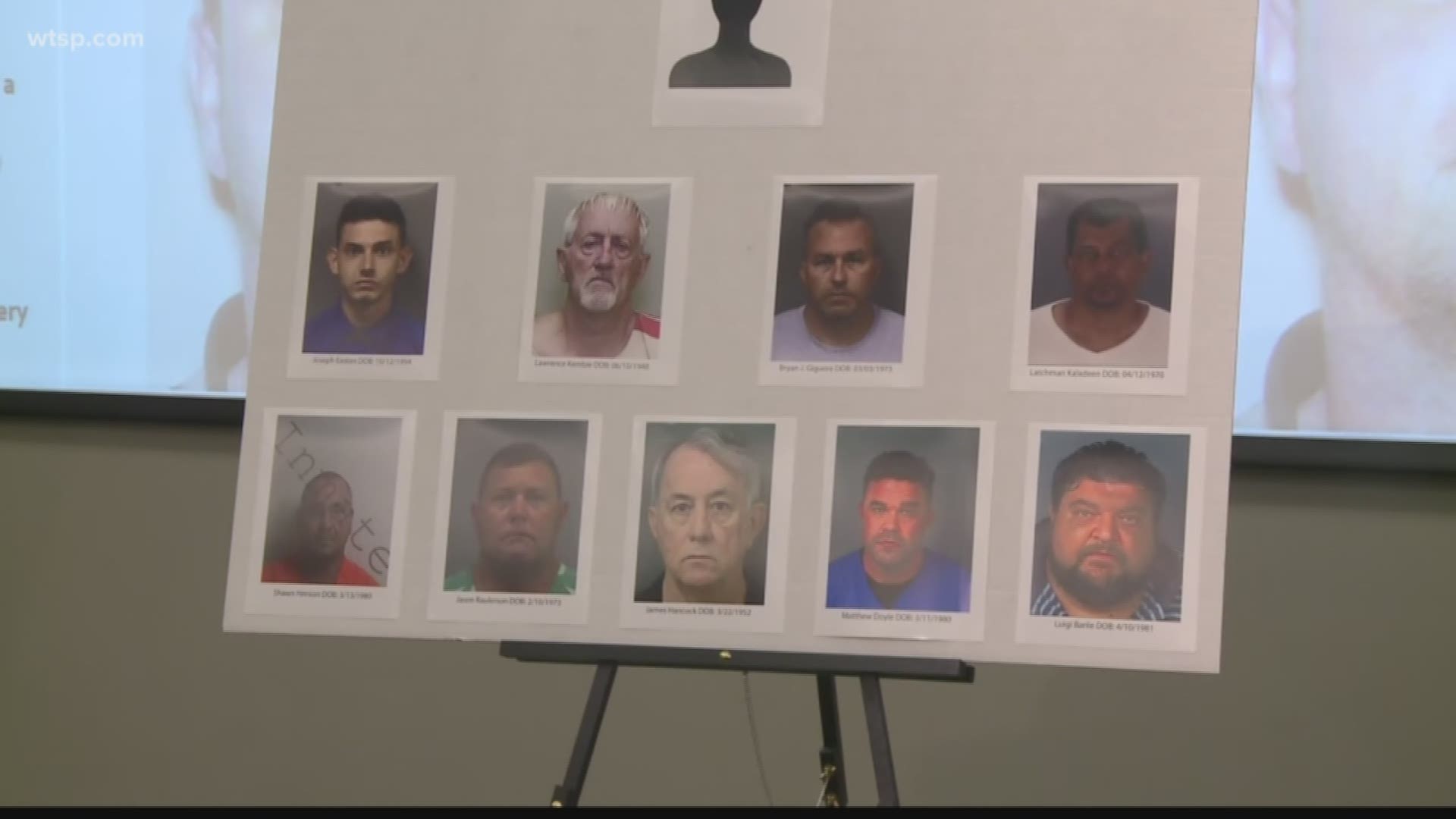 On Friday, the sheriff's office announced the arrests of 10 people allegedly involved in the case. Two of the suspects included an East Lake Fire Rescue lieutenant and a prominent restaurant owner.

The sheriff's office said the victim was being trafficked by a relative who had parental authority over the teen. Sheriff Al Nienhuis said they aren't naming the suspected trafficker to protect the identity of the victim.

"That individual should have been protecting her, not using her," Nienhuis said.

An advertisement for the victim had been set up on Backpage, which was recently taken down by the federal government.

The suspected trafficker would also take the victim out of Hernando County to meet with the other suspects and sometimes leave her to spend the night with suspects in hotel rooms, the sheriff's office said. Nienhuis said several of the suspects were "repeat customers."

The suspects range from 19 to 75 years old, Nienhuis said.

The sheriff's office said the victim was forced to see several customers a week while her caregiver kept the money.

One of the suspects, 39-year-old Matthew Doyle, was a lieutenant with the East Lake Fire Rescue. The agency said Doyle has since been suspended without pay and faces charges of kidnapping, public order crimes and lewd and lascivious behavior.

The sheriff said two other suspects sent photos of their own children to the victim. Another, Latchman Kaladeen, has been in the country illegally and had been deported previously, the sheriff said.

Attorney General Ashley Moody spoke during the Friday news conference, saying "cases like this are not easy, cases like this...astound me."

Moody said the case was brought to light by an anonymous tip, which led to a child being "rescued from a tormentor."

The sheriff said the investigation is ongoing and there could potentially be more suspects.

Saving Girls | Teens are being bought and sold for sex, but you can help

Learn the physical, verbal and medical signs of human trafficking by visiting YouCanStopHT.com.