Police say 21-year-old Tyron Jackasal is charged with both of their murders. 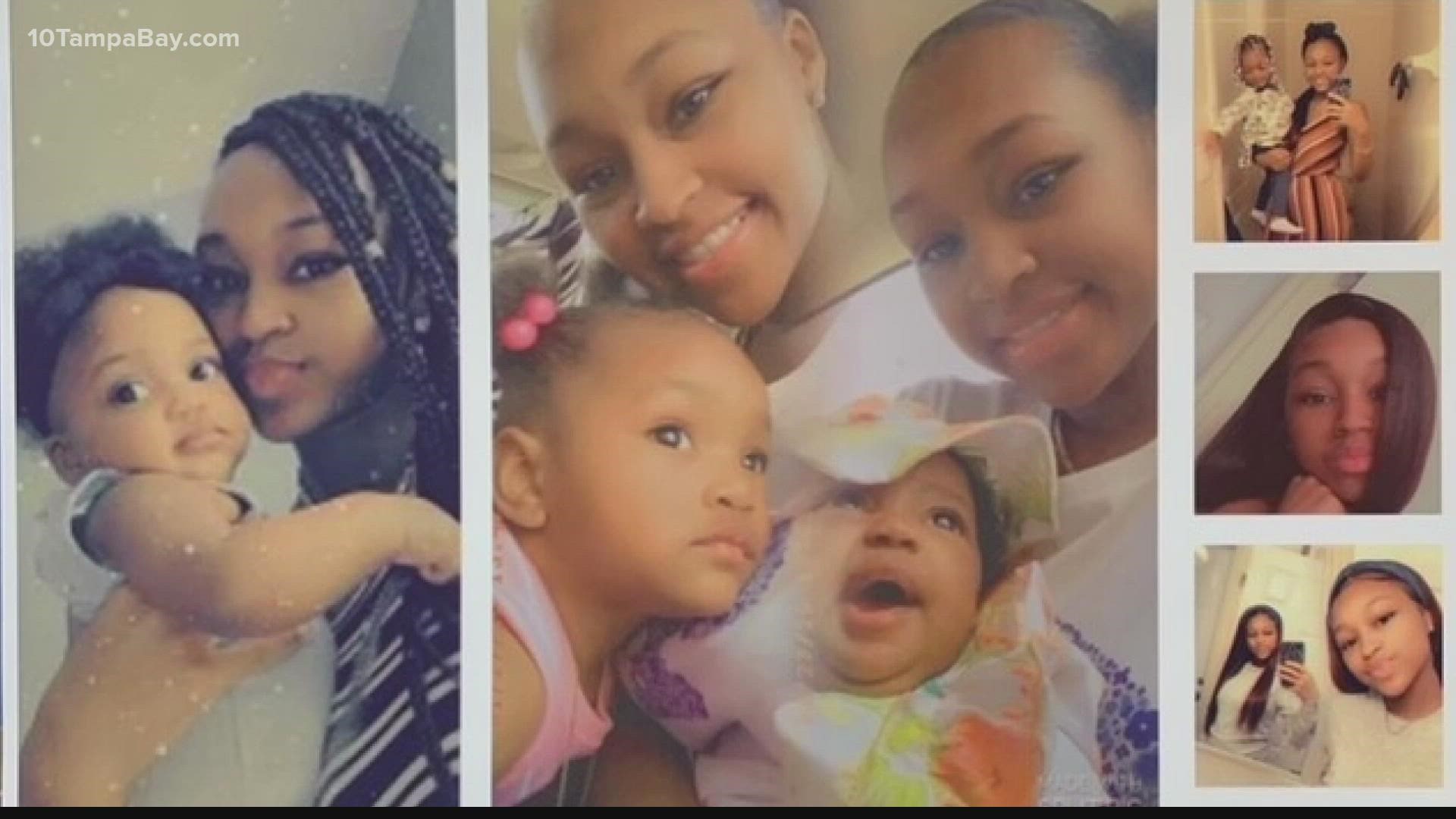 ST. PETERSBURG, Fla. — Two families know the hole gun violence leaves behind in their family all too well. They still can't stomach the pain even after eight months.

"I was murdered along with my daughter. I lost everything because of this senseless murder," Zena Grot said.

She's the mother of 35-year-old Emily Grot. Her daughter was killed on Easter Sunday. The mom of two children was shot in the back while in a car that night.

Credit: Zena Grot
Emily Grot is survived by her two children and mother

"This detective came out at the hospital, sat next to me, and told me that my daughter had died. I said, 'What? How? When?" Grot said.

"She was an innocent bystander. She had no involvement with him or the issue that was happening," Yolanda Fernandez, spokesperson for St. Petersburg Police said.

Jackasal was already in jail charged with the murder of another young mother. K'Mia Simmons, 21, was killed five days before Grot.

Police say she was in the car with a friend of a man Jackasal robbed, shot while holding her baby. Her family was shocked the same man killed another mother.

"She was in a car, my sister was in a car. She got two small kids, my sister has two small kids. I never knew that. In both instances, you didn't hit who you was claiming out to hit. You hit two innocent mothers and you left four innocent children without a mom. You're, just like I said before, a coward," LaShawn Laster, K'Mia's sister said.

Credit: LaShawn Laster
K'Mia Simmons was shot with her two children in the car

Her family is happy Jackasal is behind bars but says justice hasn't been served.

"I just feel better he's not free to take someone else's life, but there really is no justice and there is no peace," Laster said.

Both families say the senseless gun violence in the city needs to stop.

"All I can say is I hope that the people will understand that this can't go on. I mean it's not the wild wild west. It's a civilized place! They have to do something about these thugs," Grot said.