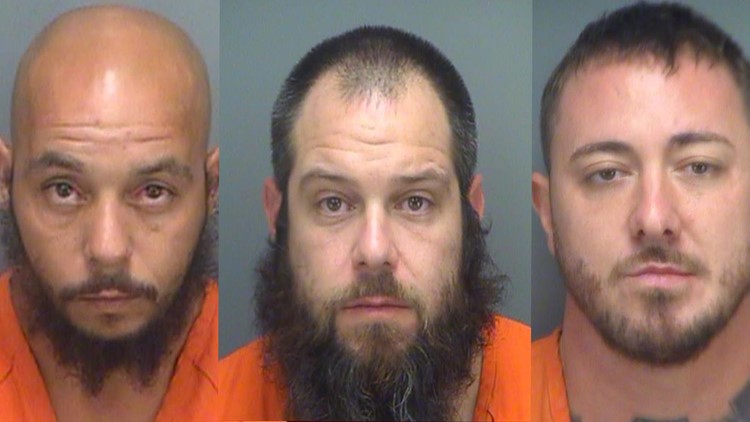 OLDSMAR, Fla. — Three men are facing first-degree murder charges after a man was shot and killed in an Oldsmar home.

Deputies say they received reports of an armed person around midnight on Aug. 22. When they arrived, they discovered a body that was later identified as James Knoll Jr., 35, dead inside a home.

He had a gunshot wound to his head, investigators say, and was pronounced dead at the scene.

Investigators say they discovered that two unidentified people wearing masks, dressed in all black and carrying AR-15-style rifles tried to break into his home, and one of them shot Knoll.

The people left the scene in a Ford F-150 truck after the shooting, investigators say.

During the robbery attempt, deputies say a struggle happened, and Knoll was shot through the front door of his home.

Investigators say Botes knew Knoll, and the robbery attempt was related to narcotics.

Webb was arrested Thursday and charged with one count of first-degree murder.

All three men were sent to the Pinellas County Jail.

Anyone with additional information about the crime is asked to call Detective Creaser with the Robbery and Homicide Unit at (727) 582-5803.

Detectives are still investigating what happened.

RELATED: Deputies were dispatched for reports of an armed person. They found a man dead in a home.