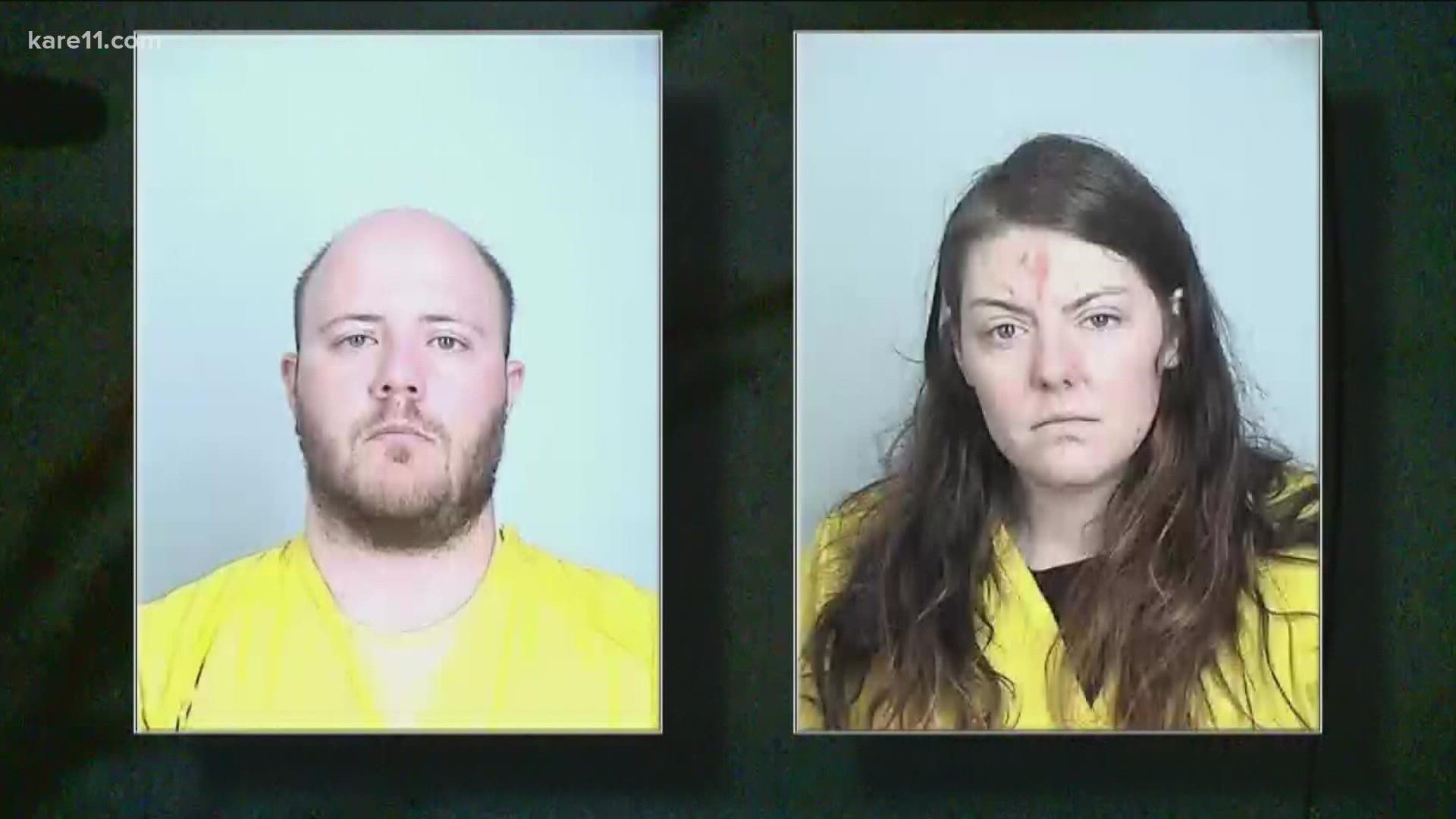 ELK RIVER, Minn. — More than a year after 8-year-old Autumn Hallow was starved and beaten to death in Elk River, her father and stepmother were sentenced on Thursday to 40 years in prison.

The 40-year sentence is divided, with nearly 27 years (320 months) of the sentence being served in prison, while the remaining 160 months will be served under supervised release.

Any disciplinable offenses committed between now and their release could result in more prison time, according to Judge Karen B. Schommer.

More than a dozen family and community members showed up for the Thursday afternoon sentencing, as Kelsey Kruse, Autumn's mother, gave gut-wrenching testimony.

"I think losing a child is the greatest loss you can endure," Kruse said in court. "I lay in bed and close my eyes and picture what she looked like before she died."

According to prosecutors, Autumn weighed 33 pounds at the time of her death, which they said was the same weight she was when she was 4years old.

"I think about that last week before her death... I live with these thoughts every day," Kruse said.

During sentencing, Sarah Hallow broke down in tears.

She apologized to the family, but Rich Hechter, the family's attorney for a civil case related to Autumn's death, said this was too little, too late.

"So while the words may have been uttered like 'I'm sorry,' I don't think there was enough true remorse or guilt behind it," Hechter said.

Hallow pleaded guilty to this charge, too, admitting to telling Noah that she was threatening to hit him and put his head "through a wall."

Judge Schommer delivered the guilty ruling on this charge, sentencing Sarah Hallow to an additional 12 months.

Both Brett and Sarah Hallow have been sentenced to the maximum of 480 months.

320 of which will be served in prison, the rest on supervised releases. Possibly more time in prison if more offenses are committed. @kare11

“The loss of a child is grievous; the loss of a child at the hands of two who were entrusted to care for that child is beyond comprehension,” said Kathleen Heaney, Sherburne County Attorney in a press release. “While there is no measure in the criminal justice system that accounts for the loss, I hope that the sentencing today will allow the family, friends, and community some modicum of comfort knowing that those whose acts led to the loss of A.H. were held accountable.”