Sheriff Chad Chronister said the investigation began in January and is expected to continue for the next six months. 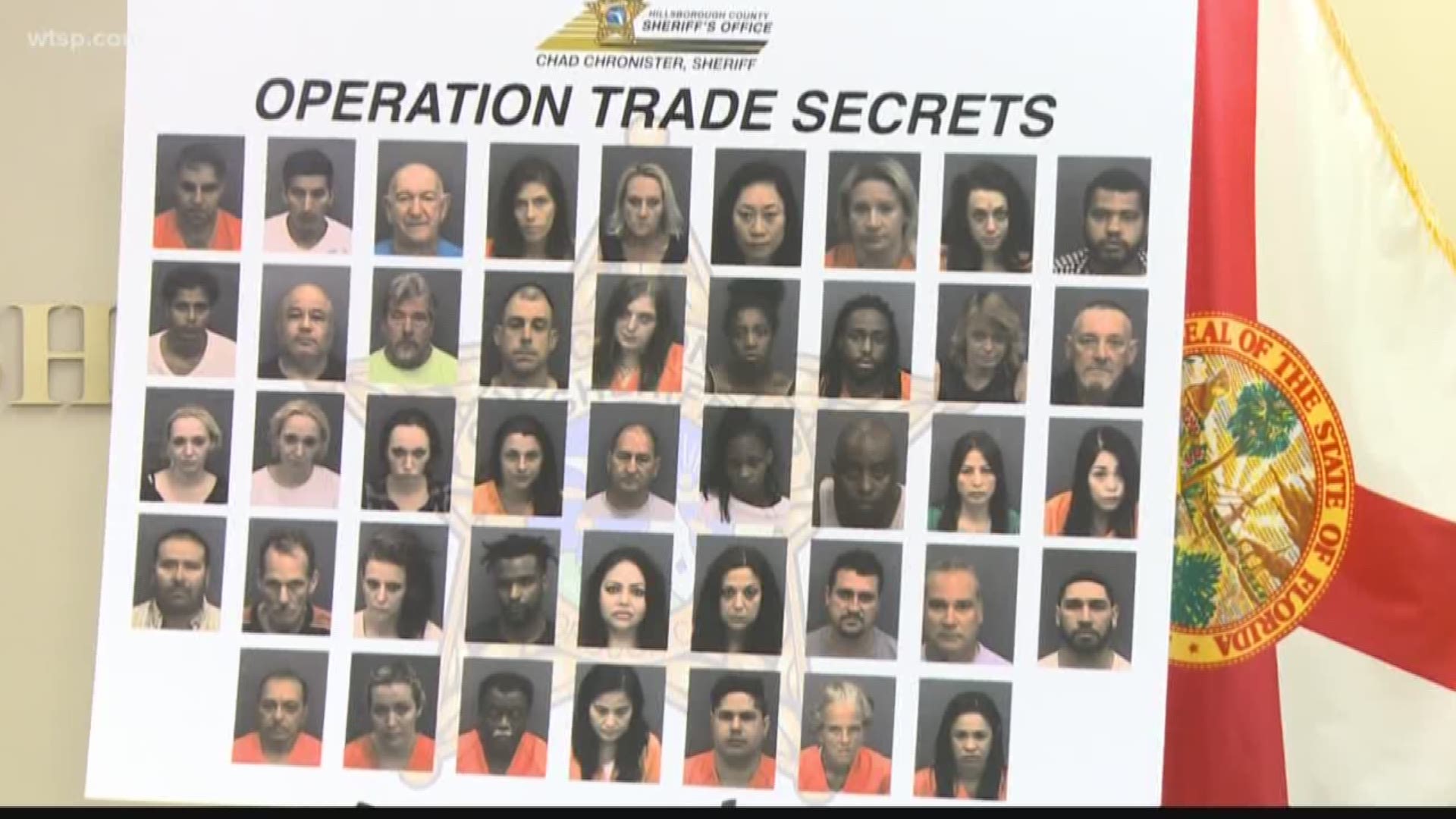 TAMPA, Fla. — More than 80 people were arrested in the last six months as part of a human trafficking investigation in Hillsborough County.

The sheriff said at least one person arrested was a confirmed human trafficker.

People living near what was the last adult book store in unincorporated Hillsborough County near Highway 41 and Denver Street applauded the effort. The building was leveled earlier this month, just weeks after the sting operation targeted the location.

“People would come from her parking lot and come around behind my house and hide and have sex in their cars around the back of my house,” said neighbor Von Cook.

Sheriff Chronister said he’s putting people on notice, with big events coming to town “like Wrestlemania, or Super Bowl 55. There is zero tolerance for this type of predatory behavior,” the sheriff said. “Our message for anyone involved with the despicable process of human trafficking - stop. Because we're coming for you.”

The sheriff said their investigations continue, and hopes in the next six months he can provide another update on progress to combat human trafficking in Hillsborough County.

If you are a victim or believe that someone is a victim of human trafficking, call the National Human Trafficking Hotline at 1-888-373-7888