Defense attorney: Attempt to detain Ahmaud Arbery was 'honest and lawful,' shooting him was self-defense

Lawyers made their opening statements Friday in the trial of the killing of Ahmaud Arbery. 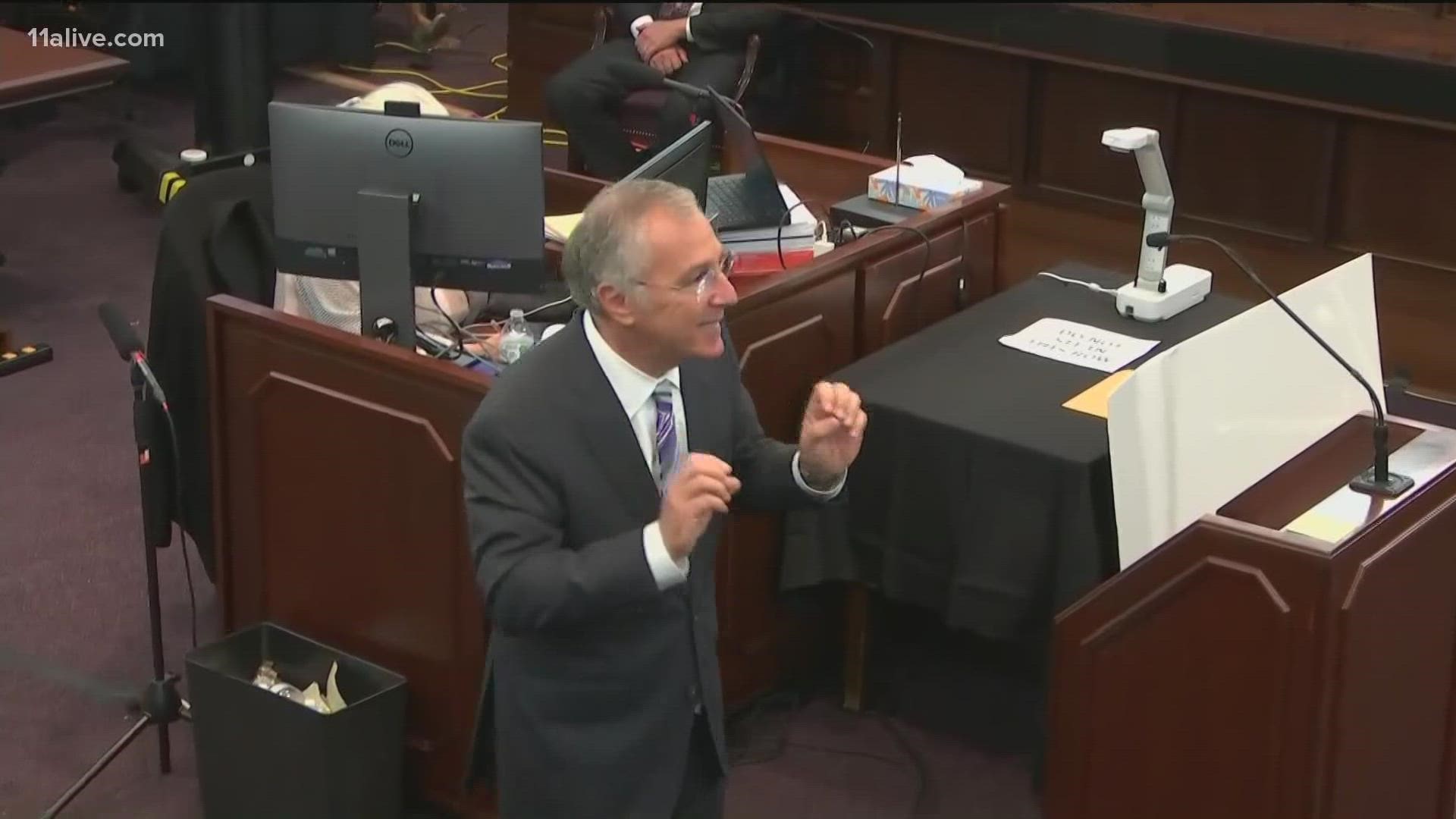 GLYNN COUNTY, Ga. — Setting the stage for a defense that will rely on a now-repealed citizen's arrest statute in Georgia, the attorney for Travis McMichael on Friday characterized his client's encounter with Ahmaud Arbery the day he shot and killed him as an "honest and lawful" attempt to detain him. The attorney added the situation necessitated his client firing his shotgun in self-defense when they got into a face-to-face struggle.

Travis McMichael is one of three men facing murder charges in the Feb. 2020 killing of Arbery, along with his father Greg McMichael and a third man, William "Roddie" Bryan.

The case is fraught with social and political implications, and Arbery's death was one of the galvanizing cases for racial justice protests that swept the country last year.

In his opening statement, Travis McMichael's attorney Robert Rubin attempted to establish that there fundamentally had been probable cause for him and his father to initiate pursuit of a citizen's arrest of Arbery on the day he was shot.

Rubin pointed to a repeating pattern of Arbery roaming around at a property in the Satilla Shores neighborhood that was under construction, in the months before the day of the shooting, though there is no evidence Arbery ever took anything or committed any damage. Home surveillance videos on the property showed others had come onto the property in the weeks before Arbery's death.

The attorney outlined a growing sense among residents that the neighborhood was "on edge," following a theft reported at that property and other property crimes at surrounding homes. The attorney also claimed Arbery became a "scary mystery" to the neighbors through multiple calls to police by the homeowner when Arbery would show up.

He framed it as McMichael feeling a sense of "duty and responsibility" to his neighbors and community to protect the neighborhood from an unknown threat.

Rubin said the homeowner, Larry English, had given his blessing to his direct neighbor Diego Perez to intervene if he saw someone on his property again, and police had effectively sought residents' help in addressing the trespassing incidents on the property - laying the grounds for a future citizen's arrest.

His argument was that under these circumstances, on the day they saw and began pursuing Arbery as he ran through the neighborhood, Travis McMichael would have had "probable cause to believe a burglary has been committed."

And, in the Feb. 23 encounter, he characterized the situation leading into the shooting as one in which the McMichaels went to some lengths to stop Arbery just to see what he was doing, and kept chasing after him as he kept running away without explaining himself (or saying anything otherwise).

Rubin argued that Travis McMichael showed his intention was not to violently confront Arbery because he had opportunities to shoot at him before the killing, but did not.

"Travis has to fire because at that point it's his life or Ahmaud Arbery's life," Rubin said of the struggle. "At that point, Travis McMichael is acting in self-defense. He did not want to encounter Ahmaud Arbery physically. He was only trying to stop him for the police."

He added it was "tragic that Ahmaud Arbery lost his life."

Rubin said, in seeking a not guilty verdict and in light of the sociopolitical context of the case, what he would be asking the jury to do "is hard, and it may be unpopular."

"But we're asking you to recognize your responsibility as jurors, and being open to the facts and putting aside emotion and listening to the law and applying that and doing your duty," he said. "Because we think the only right verdict is not guilty on each and every count in this indictment."