Kellie Parr, whose parents lived in the neighborhood, said she met eyes with who she now believes to be Ahmaud Arbery while driving by. 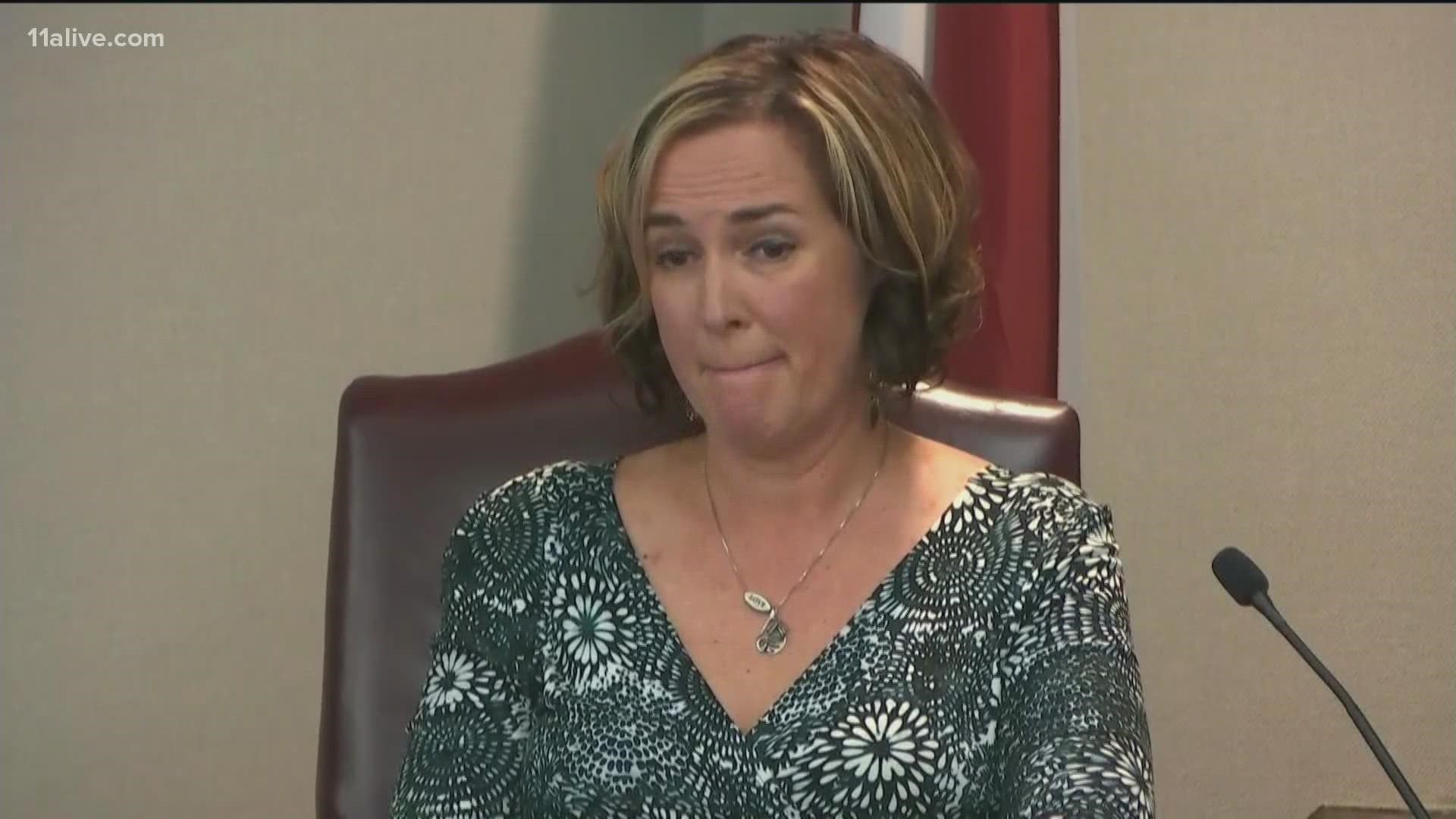 GLYNN COUNTY, Ga. — A woman testified Wednesday during the trial in the killing of Ahmaud Arbery that she believes she saw him at an unfinished home under construction in the Satilla Shores neighborhood weeks before the shooting and that the moment passed and "he didn't like hide or anything."

The unfinished home is at the center of the case, with defense attorneys focusing on the fact that Arbery was allegedly seen on home surveillance videos entering onto the property a number of times in the months leading up to his death and becoming in the minds of some neighbors - including the men accused of murder in the trial - a "suspect" in break-ins and thefts around the neighborhood.

There is no evidence Arbery ever took anything or committed any damage at the home, and the owner has said he did not suspect Arbery of taking anything.

RELATED: Neighbor who called police on Ahmaud Arbery testifies he felt 'guilt' after his death

On Wednesday, the trial's fourth day of testimony, Kellie Parr said she was driving through the neighborhood to her parents' home - a couple houses down from the construction site - in December or January of 2019-20 when she saw a man standing in the open doorway of the unfinished house.

She said when she saw who she now believes to be Arbery, that he was "just standing in the door frame and we just kind of looked at each other as I drove by," giving a kind of shrug as she spoke.

"I remember having a dialogue in my head... just what I thought as I was driving by, and I thought, 'What is he doing in there?' And then I thought, 'No Kellie don’t be racist, he's probably working on the house,'" Parr said. "And then I thought, 'Well no he doesn’t have a tool belt on, so I wonder what he's doing there...sSo we were just looking at each other and I wasn’t really sure, and just kept driving, but that was like a split-second thought process in my head, like one or two seconds but no, no he didn’t like hide or anything. He was just looking at me."

Parr's parents' home on Satilla Drive was struck by a bullet the day Arbery was shot by Travis McMichael. Travis and his father, Greg, pursued Arbery through the neighborhood on Feb. 23, 2020.

RELATED: Live Updates | 'Wish I would’ve took him out and not get him shot:' Investigator testifies about interview with suspect in Ahmaud Arbery murder

Under cross-examination, lawyers for Travis McMichael asked her if she was concerned about crime in the neighborhood where her parents lived, and she said they had "told me a few things that had happened recently, yeah."

Defense attorneys have contended the neighborhood was "on edge" over auto burglaries and property thefts in the months before Arbery's death.

They have also contended whether Arbery was jogging into the neighborhood on the day of his death, and asked Parr if in her visits to her parents' house she had ever noticed him jogging around before. She said she, "I don't believe so."