Sharpton said the convictions are a step toward the criminal justice system taking a turn for the better. 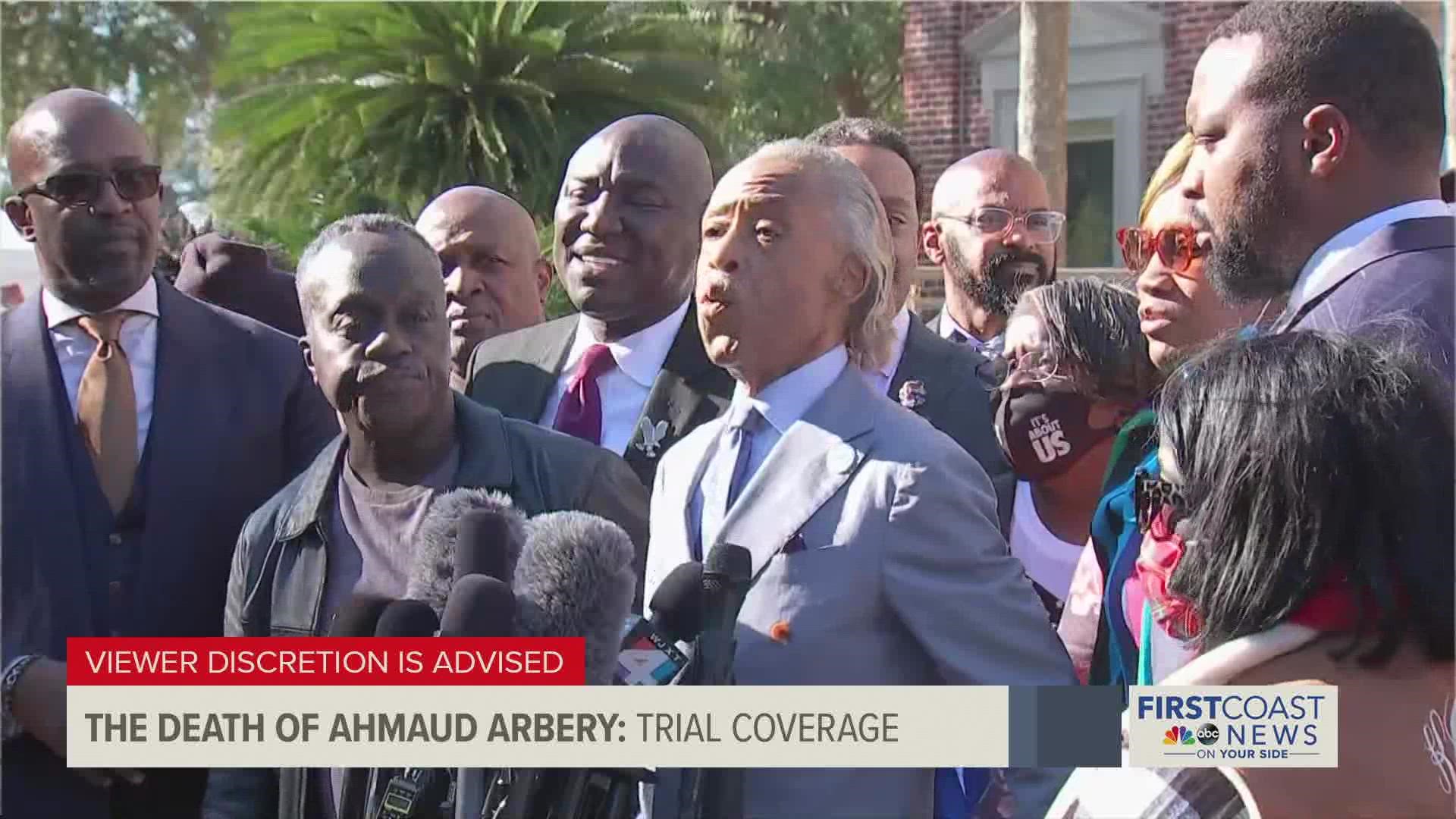 BRUNSWICK, Ga. — "Let the words go forth all over the world that a jury of 11 whites and one Black in the Deep South stood up in the courtroom and said that Black lives do matter."

Those were the words of the Rev. Al Sharpton, speaking outside the courthouse minutes after the three men who killed 25-year-old Ahmaud Arbery in February 2020 were all found guilty of murder in his death. Sharpton said the convictions are a step toward the criminal justice system taking a turn for the better.

"Let it be clear that almost 10 years after Trayvon (Martin), God used Wanda and Marcus's son to prove that if we kept marching and kept fighting, we would make you hear us," Sharpton said, referring to Arbery's mother and father. "We've got a lot more battles to fight, but this was an important battle today."

Sharpton also lauded the people of Glynn County and other supporters from around the country who have been showing up since the beginning of jury selection more than five weeks ago.

"This was proven that our children know their value," Sharpton said. "That's why those people that march, I'm talking about the people here, that were here when nobody else was here, they stood up. Brunswick, Georgia, will go down in history as the place that criminal justice took a different turn."

Leading the crowd in prayer, Sharpton addressed the racial division that has underscored the case from the day of the shooting through the verdicts being read.

"You came in the state of Georgia, a state known for segregation, a state known for Jim Crow, and you turned it around," Sharpton prayed. "You took a young, unarmed boy that they thought was worthless. And you put his name in history. Decades from now, they'll be talking about a boy named Ahmaud Arbery who taught this country what justice looks like."

Sharpton also prayed in thankfulness for the demonstrators who marched outside the courthouse.

"Thank everyone in Brunswick that marched, that stood out in front of this courthouse, that was called a lynch mob, but they kept on marching," Sharpton said. "And let us know that all whites are not racist. And all Blacks are not worthless. That we are all your children."

RELATED: Watch: Here's how all 3 men who killed Ahmaud Arbery reacted to their guilty verdicts