Fairfax County police say detectives are searching for a group of suspects that shot at the two outside an apartment building Friday night. 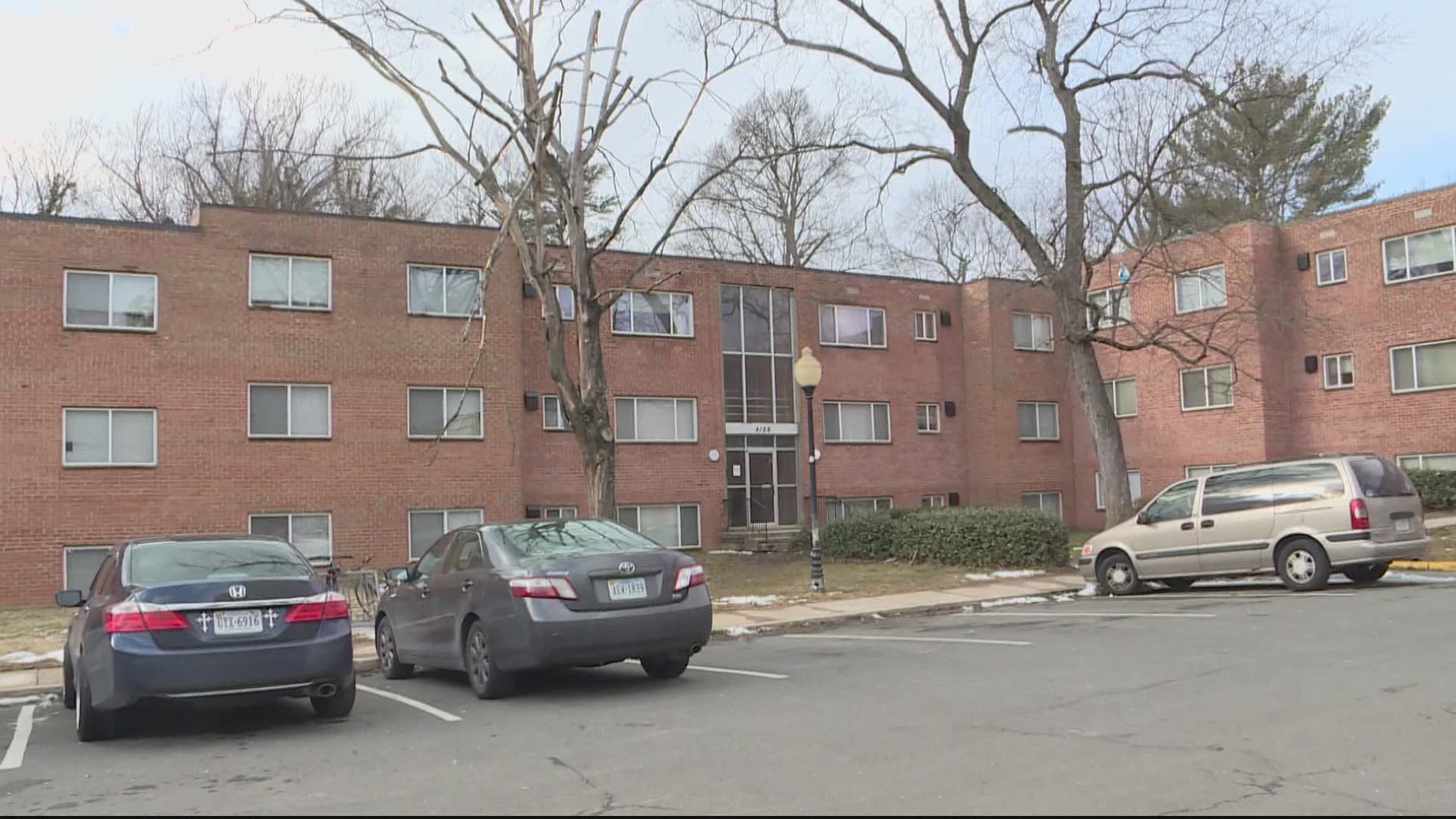 ANNANDALE, Va. — Fairfax County Police said 18-year-old Anthony Benitez died and a juvenile male was injured Friday night, after a group of people shot them outside an apartment building.

They are still searching for the suspects.

Detectives said they responded to the 4100 block of Wadsworth Court in Annandale a little before 11 p.m. and discovered Benitez suffering from gunshot wounds to the upper body in the parking lot. Police said fire and rescue personnel attempted life-saving measures, but pronounced him dead at the scene.

They also found a boy with gunshot wounds to his lower body in a nearby apartment. He was transported to a nearby hospital, where his injuries were treated and he was then released, police said.

Preliminarily, detectives said the two victims were outside of an apartment building when a group of individuals approached and then began shooting at them.

Officers found cartridge casings in the parking lot, and several vehicles as well as a building damaged by the gunfire. Officers said they did not find anyone else who reported injuries.

Saturday morning, the Office of the Chief Medical Examiner ruled the death a homicide following an autopsy.

Police said this is an active investigation, and detectives continue to conduct interviews and process evidence. No arrest has been made yet in the shooting, police said.

One neighbor told WUSA9 that she saw police and EMTs escort the injured boy to the ambulance from the bottom apartment next to theirs. She said the child was able to walk on his own.

Daved Montero said he was dropping off his friend at his apartment in the complex where the shooting happened when he saw the swarm of police cars.

“I bring my friend here, and you know I’m scared, because I see a lot of cops everywhere, backside of this apartment, cops flashing with lights all this area," Montero said.

Montero said he lives nearby and visits his friends in this apartment complex frequently. He said he has never seen a similar police response here.

#BREAKING: @FairfaxCountyPD says 18 y/o Anthony Benitez died and a boy was injured after a group of people shot at them outside an apartment building in the 4100 block of Wadsworth Court a little before 11 pm last night.

They're still looking for the suspects. @wusa9 pic.twitter.com/qomAOJ8G36

This fatal shooting marks Fairfax County's second homicide of 2021. The first was in Reston, where police say 19-year-old Jalenn Keene from Newport News shot and killed 20-year-old Samuel Onyeuka steps from his home on Feb. 11. Keene was arrested in Newport News last week.

Shortly after midnight, the police department tweeted that officers were at the scene of the Annandale shooting. The area is roughly 15 miles southwest of Washington, D.C. It was one of several shootings in the D.C. region Friday into Saturday.

D.C. police shot and wounded a suspect who was carrying a long gun after officers found another man shot dead Friday night in the 6000 block of Chillum Place NE.

Credit: DC Police
D.C. Police say they recovered this long gun at the 6000 block of Chillum Place NE Friday, after police shot and injured a suspect they say killed a man also found at the scene.

Police identified the victim Saturday as 60-year-old Geno Freeman of Hyattsville, Maryland. Police said 66-year-old John Woods of Silver Spring, Maryland, was arrested in Freeman's killing. He's being charged with First Degree Murder While Armed, Assault on a Police Officer While Armed, Carrying a Rifle or Shotgun Outside Home or Business, and Possession of Unregistered Ammunition.

Two people were killed and another person was taken to a hospital after a shooting Friday evening in Prince George's County, police said. Police said Saturday that they have identified everyone involved in the incident and are working to figure out what led up to the shooting.

Detectives continue to investigate the circumstances that led to this shooting. No arrest has been made. Identification of the victim is pending. Updates when available. https://t.co/LDLIDGStiL