This is what we know about Robert Aaron Long. 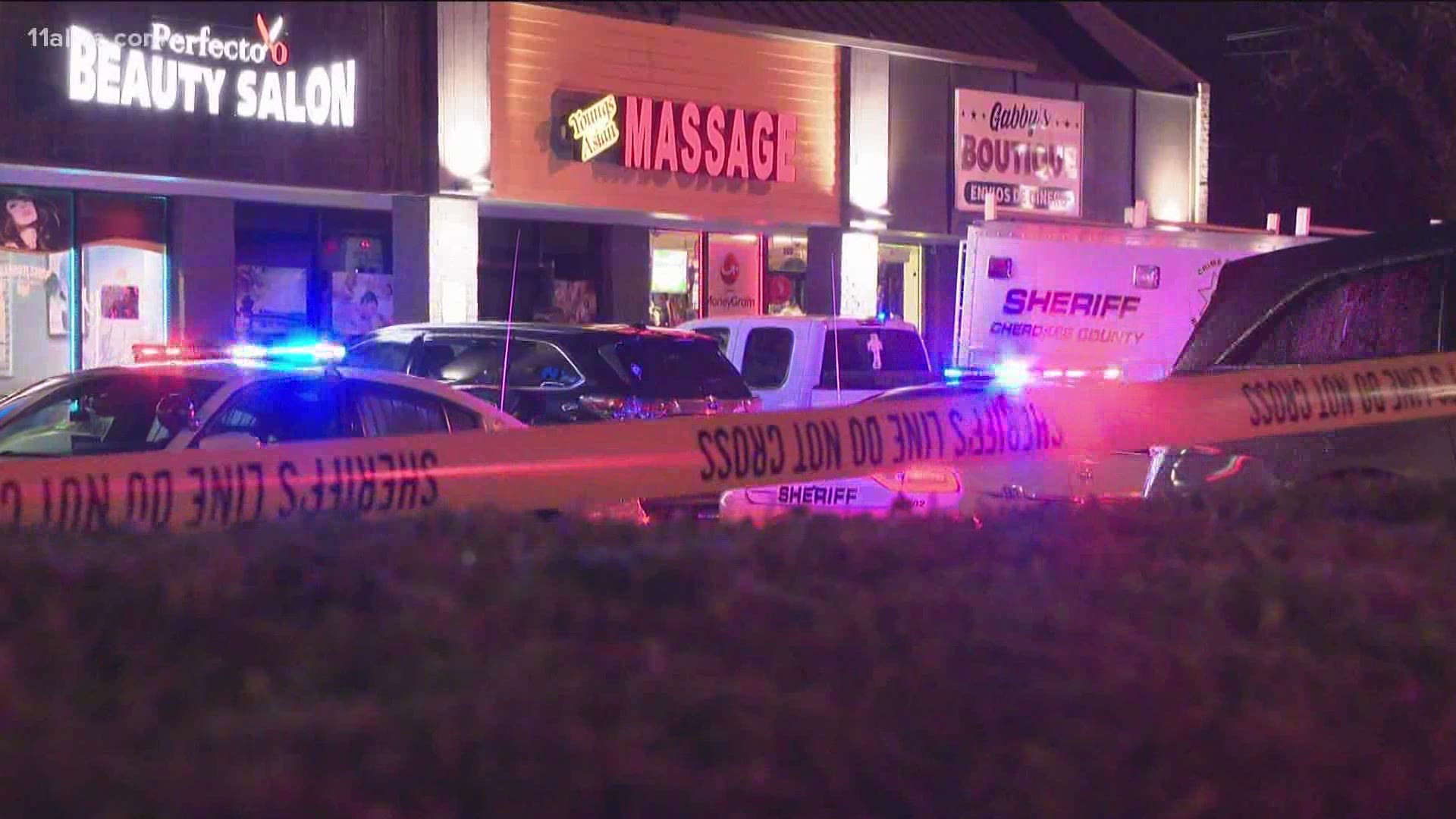 The man who authorities said admitted to shooting nine and killing eight people before fleeing metro Atlanta told police he wanted to get rid of temptation. Robert Aaron Long, who goes by Aaron, said he has a sex addiction and targeted the three spas to eliminate that temptation, Cherokee County Sheriff’s Office said.

Long is the only suspect in the shootings. The 21-year-old white man from Woodstock was captured in Crisp County, Ga. Tuesday night after killing four people at a spa near Acworth and four more people at two spas in Midtown Atlanta.

Here’s what we know about Long.

WHAT WAS ROBERT AARON LONG'S MOTIVE IN SPA SHOOTINGS?

In an interview with Cherokee Sheriff's investigators in Crisp County following his capture Tuesday night, Long reportedly confessed to the shootings in Cherokee County and Atlanta.

“Long told investigators that he blames the massage parlors for providing an outlet for his addiction to sex,” a release said.

According to reports from CNN, Long was in a Roswell rehab facility between August 2019 and early 2020, and was being treated for sex addiction. A former roommate told the news outlet that Long was "distraught" about his addiction to sex.

Long was captured while driving to Florida where he planned on committing similar crimes, police said.

After the Cherokee Sheriff’s office released surveillance pictures showing the suspect in the shooting, Long’s parents reportedly contacted police to identify him. Authorities were able to track his movements down I-75 and coordinate with Crisp County Sheriff’s Office and Georgia State Patrol to initiate a traffic stop. GSP troopers executed a PIT maneuver and said they took him into custody “without further incident.”

Early Wednesday morning, Long was extradited to Cherokee County where he is currently being held.

On a call Tuesday afternoon, President Biden said, “The investigation is ongoing. And the question of motivation is still to be determined. But whatever the motivation here I know that Asian Americans are very concerned, because as you know I’ve been speaking about the brutality against Asian Americans for the last couple of months and I think it is very troubling."

“I’m making no connection at this moment to the motivation of the killer and waiting for an answer as the investigation proceeds from the FBI and from the Justice Department."

Two senior law enforcement officials briefed on the matter tell NBC News that the gun Long used in yesterday’s shooting spree was purchased legally and it was purchased yesterday prior to the shooting.

In Cherokee County, Long faces four counts of murder and one count of Aggravated Assault and has no bond.

Atlanta Police say Long will face four counts of murder for the four killings in the city.

In Cherokee County, the victims were as follows:

Tan was a licensed massage therapist. We're working to learn more about the other victims.

The names of the Atlanta victims have not been released. All police have said is that they are all Asian women. In all, six of the eight victims are Asian women.

He actually goes by Aaron, his middle name. The former Sequoyah High School student was a musician while in school. In his yearbook, he spoke about discovering drums, "It's definitely an outlet. If I'm angry or something I go down to my drum set and start hitting stuff. It just helps."

The Associated Press spoke to a man who went to high school with Long. Nico Straughan described Long as "super nice, super Christian" and "very quiet." He said Long walked around high school with a Bible.

WHAT WE DON’T KNOW

The FBI, GSP, Cherokee County Sheriff’s Office and Atlanta Police are all still investigating. However, we don’t know how or why Long chose those three locations. Police would not say if he’d ever visited them before the shootings.

We don’t know if he knew his victims.

We also don’t know where he was going in Florida before he was caught in south Central Georgia.

VIOLENCE AGAINST ASIANS IN AMERICA

These shootings come amid an increase in violence against Asian people that began in 2020.

The Asian Pacific Policy and Planning Council on Twitter said in part, "right now there is a great deal of fear and pain in the Asian American community that must be addressed.”

The council created the website stopaapihate.org for Asian-Americans to report racist incidents during the pandemic. Between March 2020 and Feb 2021, 3,795 incidents were reported nationally; at least 30 of those were in Georgia. The stats revealed the incidents range from verbal harassment and name-calling to physical assault.