The police chief says an officer was shot in the ankle by a man and returned fire. 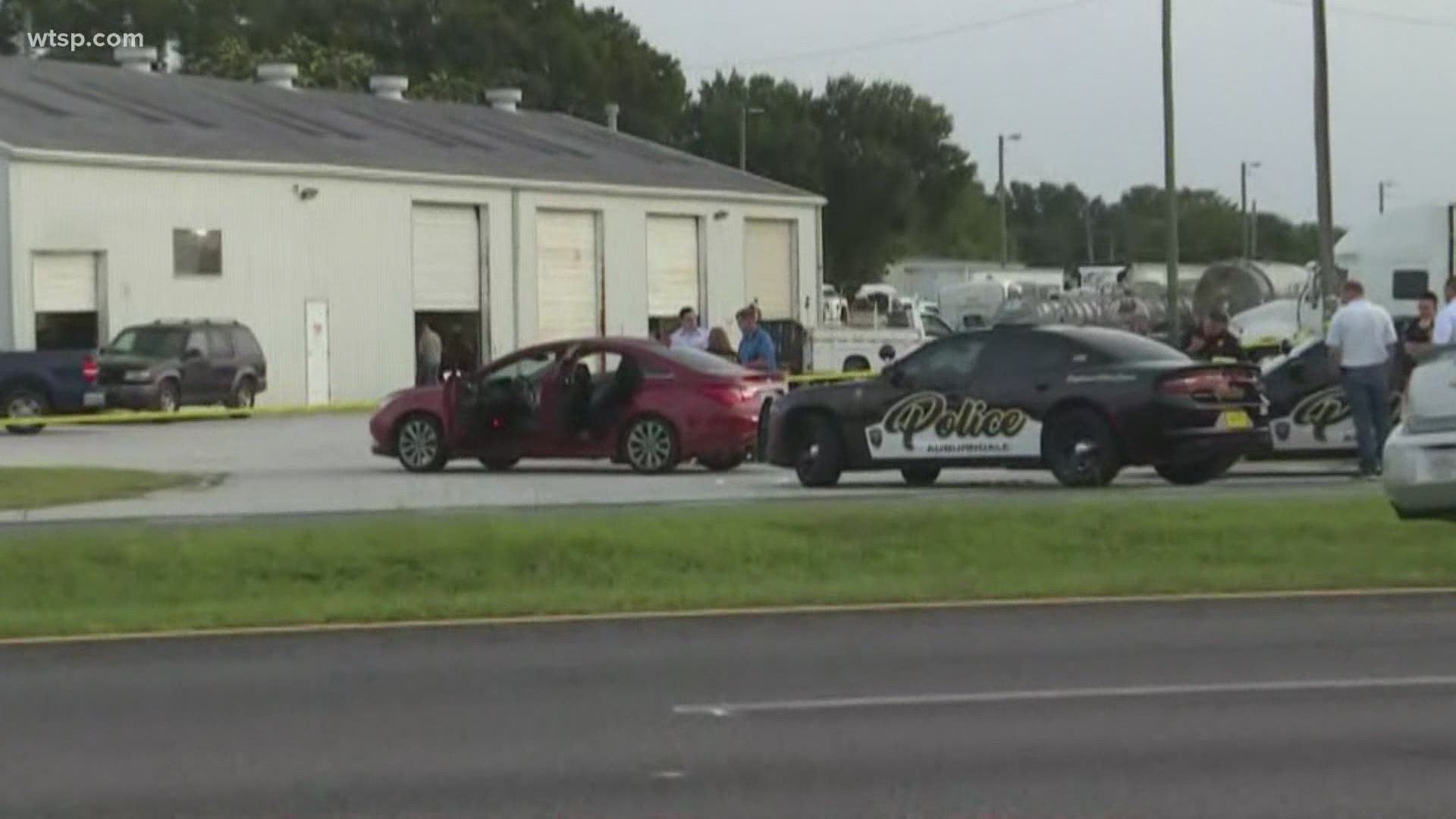 AUBURNDALE, Fla. — What started as a traffic stop ended with an officer getting shot in the ankle and a man killed Thursday night in Polk County.

The Auburndale Police Department said one of its officers was doing a traffic stop on a car with a broken head-light on U.S. 92 and Dairy Road shortly after 11 p.m. Officers say Brittany Bass, 29, was driving the car with Sabastian S. Noel, 27, in the passenger's seat.

During their background checks, officers found an item that gave them reason to think there may be illegal narcotics in the vehicle. The officer requested consent to search the vehicle. When that was denied, he requested a narcotics detection K9 team to respond.

Both have a history of drug-related charged. The officer suspected narcotics in the car and called for backup.

When the Bass and Noel were asked to get out of the car, the officer noticed the Noel had a knife in his belt. According to Auburndale Police Chief Andy Ray, the officer asked Noel not to touch the knife and that's when the Noel pulled out a pistol and started firing at officers.

The officer returned fire and shot the man more than once. An officer was shot in the ankle, according to the police department.

Ray said the Noel was shot by the officer was seriously hurt and later died at a local hospital.

The officer who was shot in the ankle has minor injuries, Ray said. He was treated at the hospital and has been released.

The three officers who were on scene at the time of the incident will be placed on administrative leave in accordance with department guidelines.