The elderly man was shot while pushing his ice cream cart around the Serena Park Apartments in North Austin. 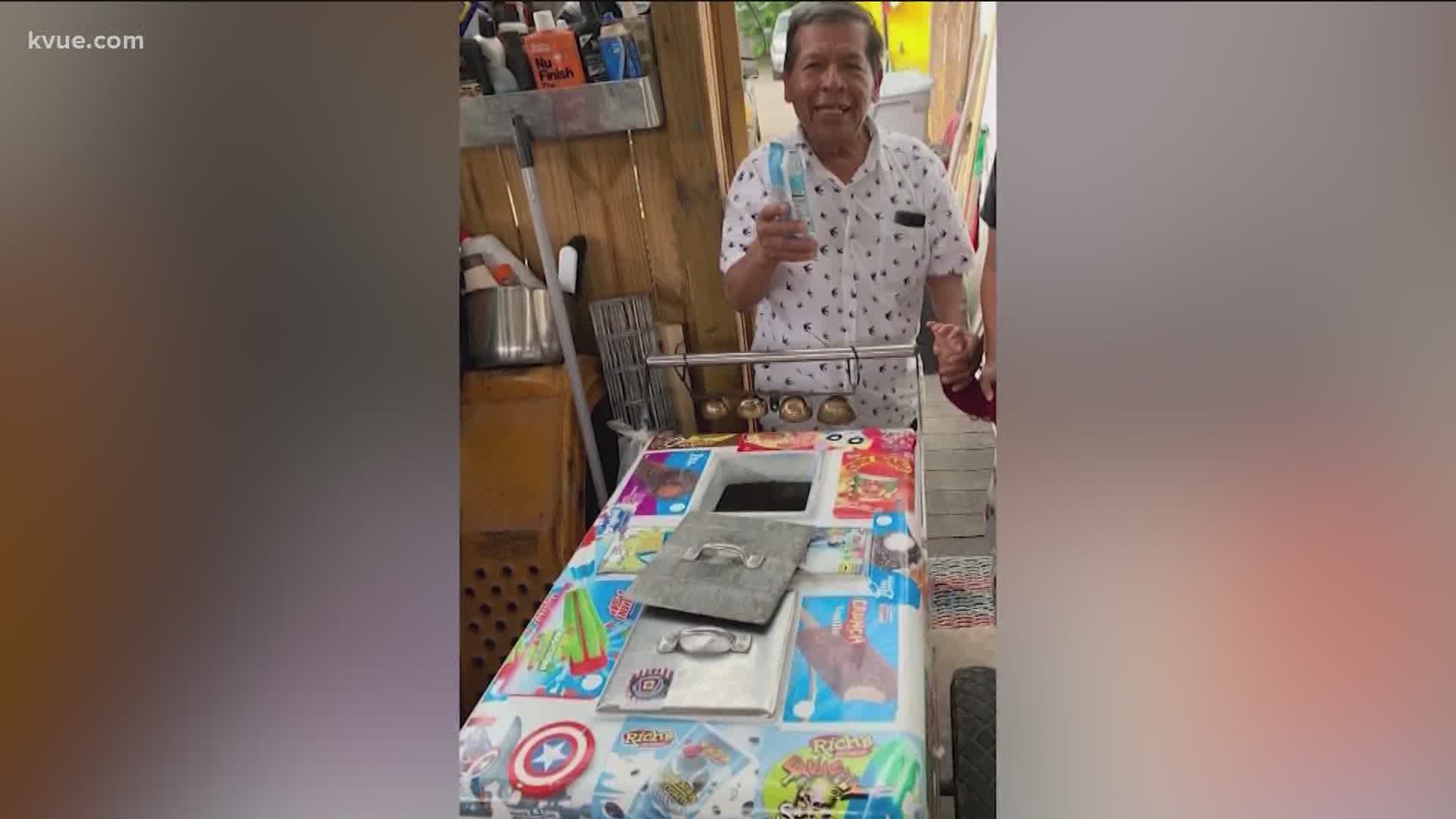 AUSTIN, Texas — The Austin Police Department announced on July 2 a man shot during an aggravated robbery on Tuesday, June 23, has died in the hospital. The department is still seeking the public's help identifying the three suspects involved in the incident.

APD said the robbery happened at 3:10 p.m. on June 23, at the Serena Park Apartments on Northgate Boulevard in North Austin. Police received a call about a man who had been shot and was on the ground in the complex's parking lot.

When officers arrived, they immediately began attending to an elderly victim with a gunshot wound. Police identified the victim as Adeliado Bernabe Urias, who was a known ice cream vendor that pushed a small ice cream cart around the area.

APD said witnesses told them Urias was pushing his cart through the complex when three men confronted him. One of the suspects shot him after attempting to rob him before all three suspects left the scene. APD said the suspects initially fled on foot but it was unclear whether they got into a vehicle at a later point.

Police said they believe he was targeted for the money he had on him as a vendor.

Austin-Travis County EMS transported Urias to an area hospital with life-threatening injuries, but he succumbed to his wounds on Wednesday, July 1, at 5:10 p.m. Urias was 68 years old.

On July 8, Austin police announced a reward of $24,000 for information leading to an arrest in this case. LULAC pledged $10,000 to the reward. Austin Greater Crime Commission pledged another $10,000, the Austin Police Association pledged $500, Amigos En Azul pledged $500 and Austin Cops for Charities pledged $2,000. Crime Stoppers is offering a separate reward of $1,000.

Austin's positivity rate is the highest in the country. So what does that mean?