MINNEAPOLIS — The Hennepin County Medical Examiner released the identities and the cause of death of the individuals involved in Sunday morning's murder-suicide in south Minneapolis.

Minneapolis police responded to the home Sunday morning on the 2700 block of Oakland Avenue S., near Abbott Northwestern Hospital, where they found two boys outside of the home with what would turn out to be fatal wounds.

Multiple sources identified the victims to be Kjersten Schladetzky and her two sons, Nelson and Will, which was confirmed in the medical examiner's release on Tuesday. Schladetzky's ex-husband, 53-year-old David Schladetzky, was found dead with a self-inflicted gunshot wound.

A search warrant granted to Minneapolis Police reveals David Schladetzky left a suicide note at the scene. That search warrant, unsealed Tuesday, does not reveal the contents of the note. The couple had finalized a divorce in June, and agreed to joint custody of their sons.

Neighbor Erik Wiltscheck said he was walking home from a store around 10 a.m. when he saw the boys chased out of their home by their father, then shot and killed in the front yard. 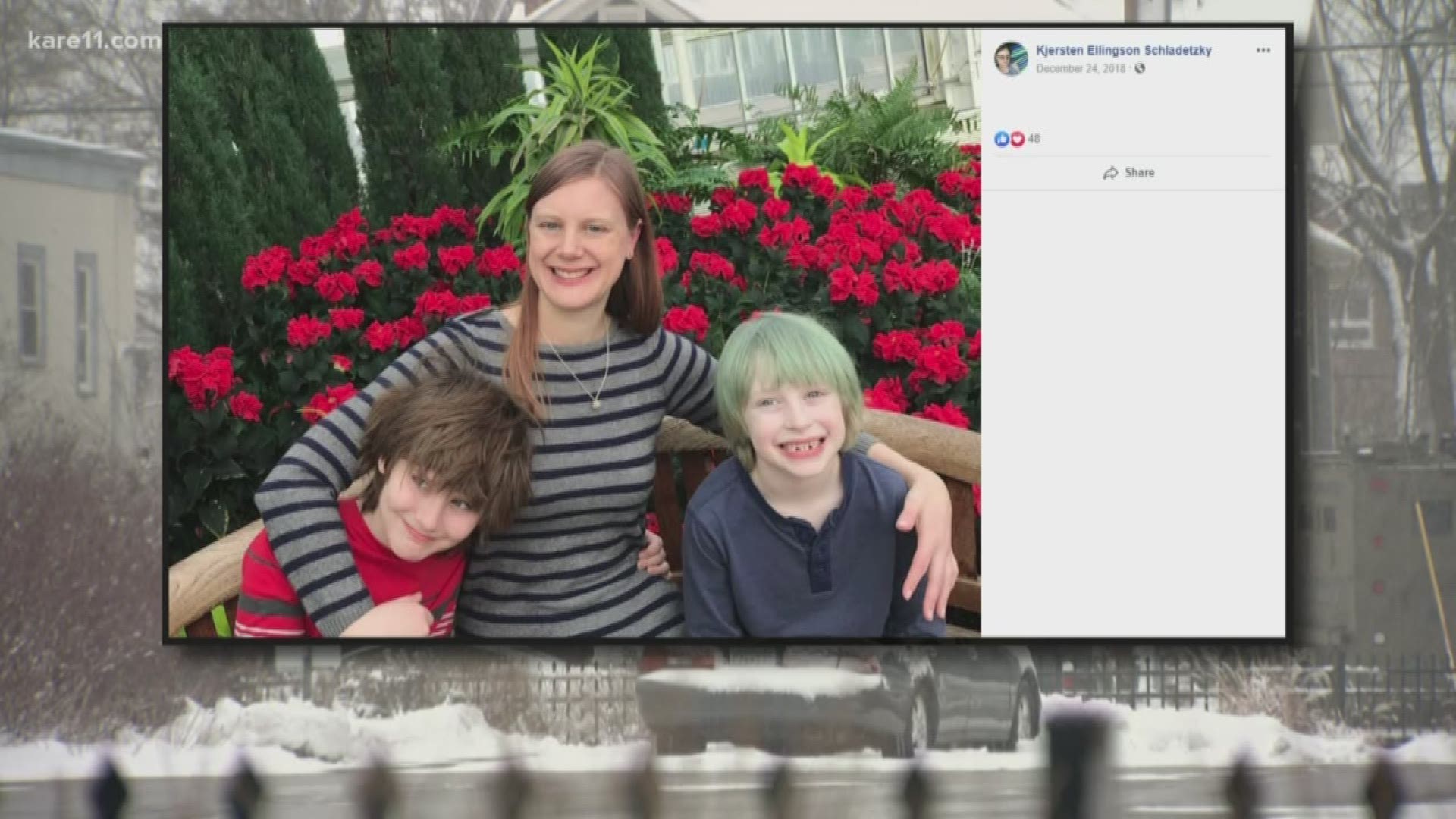