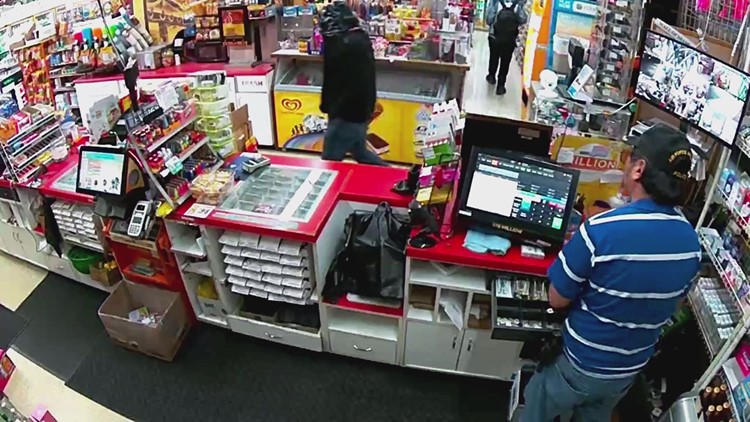 Cashier shoots, kills armed robber after he was pistol-whipped

BAY POINT, Calif. — A clerk at a convenience store in California shot and killed a masked man who robbed him and pistol-whipped him, according to CBS San Francisco.

Surveillance video from the store shows Mark Kasprowicz, the clerk who was at work that night, fighting for his life after two people walk into the store as it was closing for the night.

The video shows one person jump over the counter, pistol whip Kasprowicz and knock him to the ground. The man police say grabbed money from the drawer got all the cash he could and started to run out of the store.

That’s when Kasprowicz grabs a gun that was closer to the register and shoots him.

Kasprowicz said “instinct just kicked in,” according to the New York Post.

CBS San Francisco said the attacker only made it a block before falling over and dying. The other person who tried to rob the store has not been found, law enforcement said.

CBS News obtained the below video of the botched robbery. Warning: You can see the scuffle between the clerk and robber. Viewer discretion is advised.