Cameron Herrin will be sentenced by a judge in April 2021. 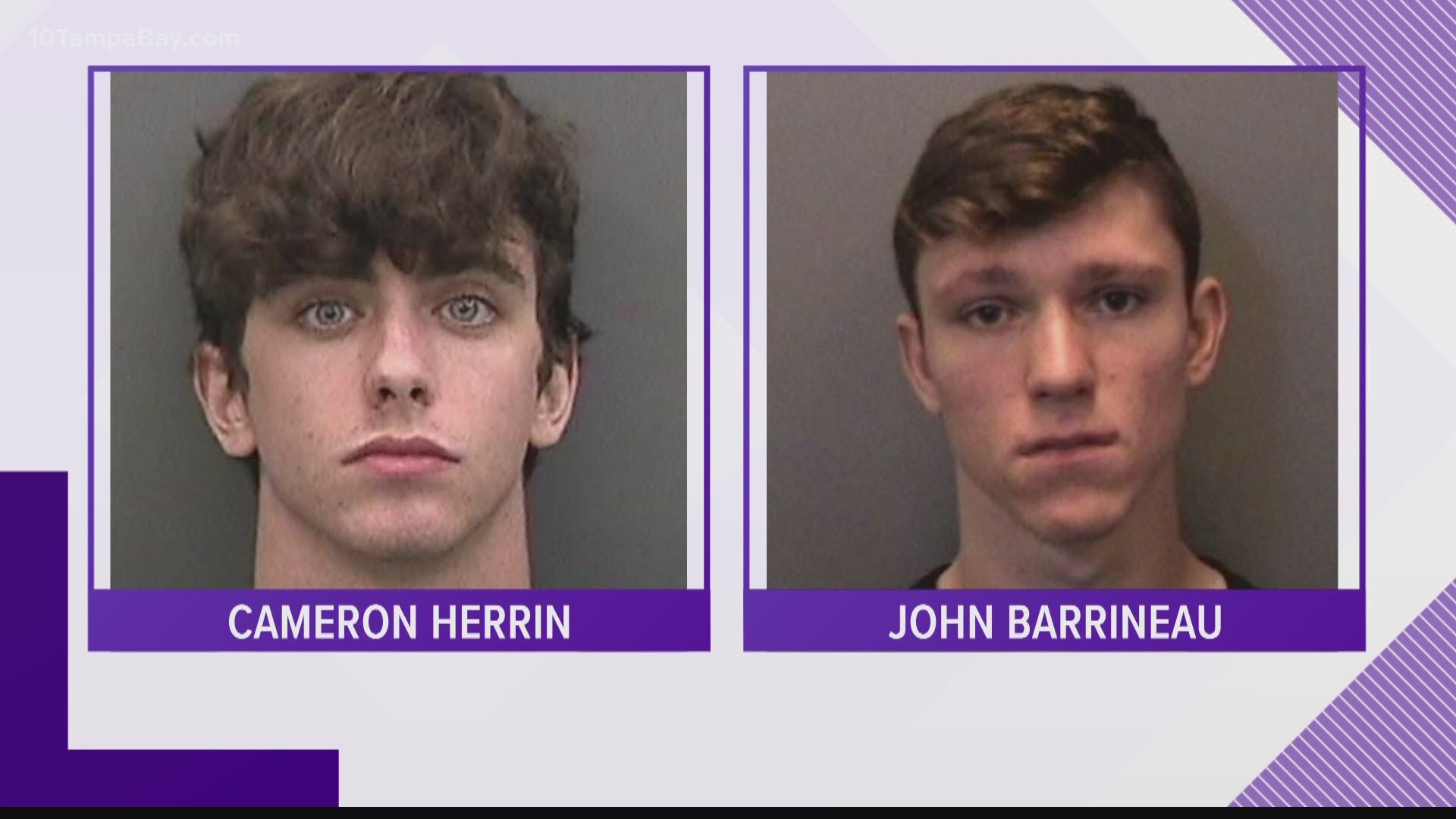 Cameron Herrin and John Barrineau had been charged in the Bayshore Boulevard crash that claimed the life of 24-year-old Jessica Reisinger and her 21-month-old daughter, Lillia, who she was pushing in a stroller when she was hit by Herrin's Ford Mustang.

Both Herrin and Barrineau previously pleaded not guilty. Then, on Thursday, Barrineau's newly-negotiated plea agreement was approved by a judge; and Herrin pleaded guilty, too, but left his fate up to the hands of the court.

Barrineau pleaded guilty to two counts of vehicular homicide and a misdemeanor racing charge in exchange for six years in state prison, followed by 15 years of probation. The judge accepted the plea and detailed the terms of the agreement, which included waiving Barrineau's sentencing rights as a juvenile -- which he was at the time of the crash.

Barrineau's driver's license will be suspended for five years. And he'll be required to complete 200 hours of community service when he's released, including doing speaking engagements about the dangers of reckless driving if possible.

Herrin, on the other hand, pleaded guilty as part of an "open plea," which puts him at the mercy of the judge, who will decide an appropriate sentence. The court originally set a date to proceed with a pre-trial investigation and proceedings in February. Now, sentencing is scheduled for early April. This means the court will be able to hear arguments from the prosecutors and the defense team, but the judge will ultimately rule on his fate -- as opposed to a jury. This plea could result in many more years in prison, depending on what the judge decides.