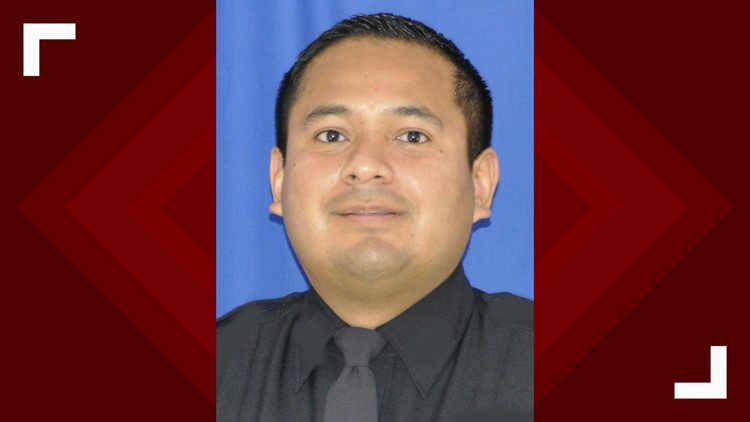 BRADENTON, Fla. — Investigators with the Bradenton Police Department found a former officer had been misusing databases to find women for nearly seven years.

The FBI is now investigating former Sgt. Leonel Marines, 36, after an internal investigation found he had done several hundred database searches for women.

"This is truly a disturbing situation for me as chief," Chief Melanie Bevan said at a recent news conference.

Bevan said the department first got a complaint on June 20, 2018. She said Marines had a brief encounter with a woman in a parking lot, but the woman told police he began following her.

Bevan said Marines later showed up to the woman's home and said he wanted to talk to her about a domestic matter, but the woman's parents knew she had no domestic issues and questioned him. Marines kept trying to speak to the woman, but her parents wouldn't allow it.

The parents told police Marines left without giving his name or supervisor information. They immediately called the department to report him.

When police asked Marines why he followed the woman to her home, he said she had a headlight out. Police said the stories didn't match, so they investigated him.

Bevan said the internal investigation found "misuses of databases" and discrepancies in his stories. Investigators said what he was supposed to be working on had nothing to do with what he was looking up in these databases.

The 12-year officer in a supervisory role was pulled from patrol and placed on desk duty, then placed on administrative leave and stripped of his badge and gun. He resigned in October.

Bevan said investigators found several hundred questionable database searches on women, and that this behavior had been going on as far back as 2012.

Police also interviewed nearly 150 women associated with the investigation. Some Marines had contacted as an officer both on and off duty.

Bevan said Marines was using the searches to find social media contacts, phone numbers and addresses for women and would then show up to try to get dates.

The recently closed internal investigation found multiple administrative violations, including misuse of criminal justice information, violations of the record security policy and having sex while on duty.

"Had Marines not resigned, he would have been fired,” Bevan said.

Marines’ mother told 10News she knew her son is no longer with the police department but didn’t know why. She also said since he was a young boy he always wanted to be a police officer one day.

Bevan said the overall investigation is still open and that the FBI is now investigating.

Anyone who may have been involved in this case or with Marines is asked to call the FBI office at 813-253-1000.