Sheriff: Armed carjacker dead after being confronted by gun owner in parking lot near Publix

More information is expected to be released later this morning. 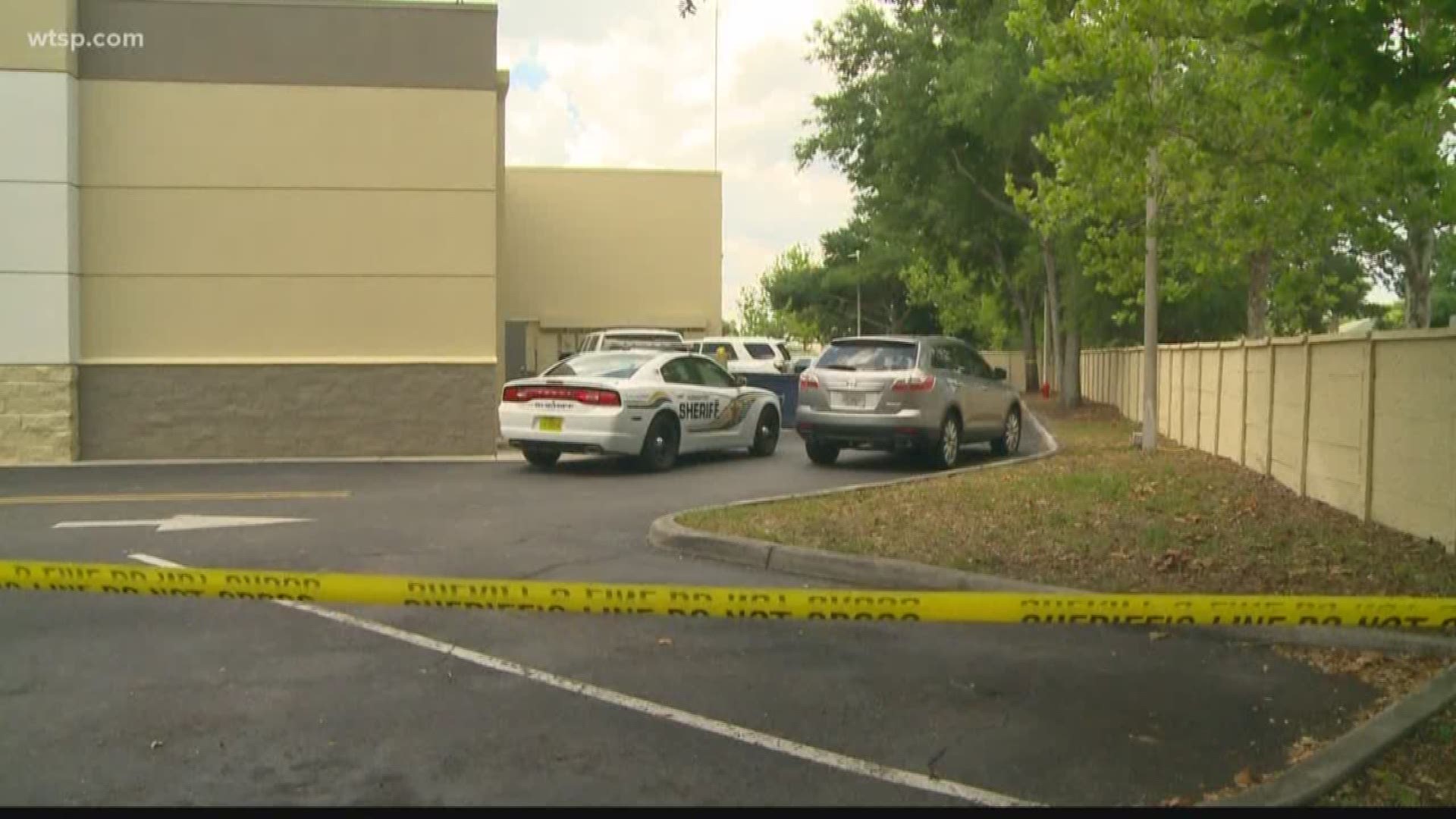 SUN CITY CENTER, Fla. — The Hillsborough County Sheriff’s Office is investigating multiple attempted carjackings this morning that ended in a suspect being shot and killed.

It happened around 9:10 a.m. in the parking lot of the plaza that contains the Publix at 4854 Sun City Blvd.

"There is an active investigation and we’re working with law enforcement officials," a Publix spokesperson said. "We’re very thankful that our customers were not injured during this incident.”

Sheriff Chad Chronister held a news conference late Tuesday morning. In it, he said the armed suspect tried to carjack at least four people in the parking lot, but their cars were locked.

Deputies say the carjacking suspect has been identified as Eric I. Jackson, 32.

Investigators say he also tried to get into a couple of businesses but most of them were not open yet. One business employee held a door closed, so the suspect -- who was carrying a gun -- couldn't get in.

An armed manager from one of the businesses eventually confronted the suspect, leading to an altercation between that manager and the suspect. Authorities say shots were fired, and the carjacker was shot in the upper body. He was taken to South Bay Hospital, where he was pronounced dead. No other people were hurt.

The business manager had a license to carry. No charges have been pressed again him.

According to law enforcement, the suspect had a long criminal history that included 10 narcotics-related felony drug charges.

Detectives will be examining surveillance video and talking to witnesses, as they piece together what happened. Investigators are unsure of the suspect's motive, and they believe he is a Pinellas County resident.

Note: This is a developing story. Refresh the page for the latest information.