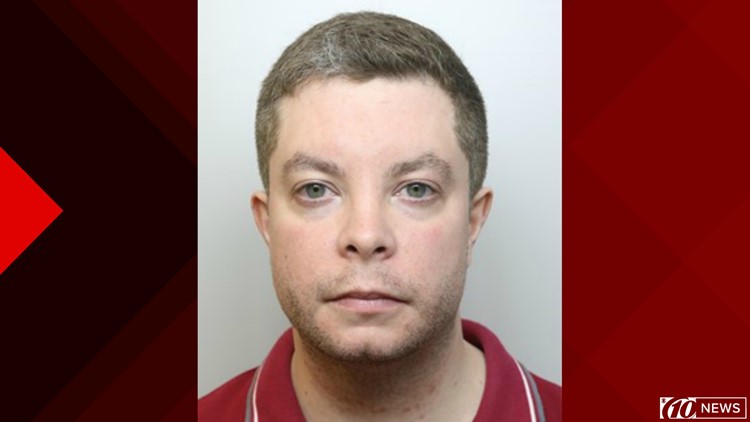 LIVERPOOL, UK — A Catholic priest is being jailed for more than three years after police say he planned to sexually abuse a 2-year-old boy.

BBC News reports Matthew Jolley, 32, admitted to trying to arrange for sexual activity with a child in the United Kingdom.

According to Metro, Jolley told an undercover Cheshire police officer -- who he thought was a 36-year-old man -- that he was sexually attracted to children. Through messages on the Grindr dating app, the newspaper said Jolley revealed he would be interested in meeting up with the fictitious man's 2-year-old son and proceeded to send an indecent picture of himself.

Jolley told the undercover officer he mainly liked girls, but a "cute" boy would interest him, too, according to the Manchester Evening News.

He was arrested after driving to meet the undercover cop in late September. Cheshire police say he was sentenced to 40 months in jail.

"Through his online communications, it was clear to see that he was sexually attracted to young children and would do whatever he could in order to fulfill his own sexual gratification," Detective Constable Louise Murphy, an online child abuse investigator, wrote in a Cheshire police news release.

Jolley was ordained in 2015. According to BBC, the Liverpool Archdiocese said the situation caused "deep shock and revulsion" in the Catholic community.

He will be a registered sex offender for the rest of his life.