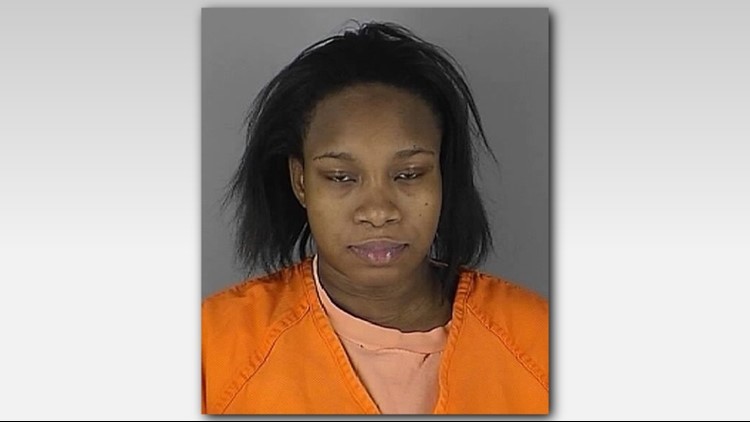 Photo by: Hennepin County Sheriff's Office
Tasha Tennin is charged with two counts of manslaughter in the death of her 8-year-old son.

BROOKLYN PARK, Minn. — A Brooklyn Park woman is charged with two counts of manslaughter after authorities say she locked her 8-year-old son in a frigid garage overnight, leading to his death.

Tasha Tokina Tennin, age 36, was charged Monday in connection with the boy's death in February of 2018. The outside temperature at the time the child was locked in the garage was in the negative single digits.

According to the criminal complaint, Tennin called 911 that day to report her son was unresponsive and "staring into space." First responders arrived and found the child was very cold, but not frozen. He was not breathing and had no pulse. The boy had urinated in his pants and first responders saw a puddle of frozen liquid in the garage.

First responders immediately began life saving efforts, but they were unsuccessful. The boy was pronounced dead 35 minutes after police arrived.

Tennin allegedly told officers that she had attempted to wake her son for school that morning, and he did not respond. She claimed she then carried the boy from his bed downstairs to the living room and called 911.

Investigators say on February 1 and in the days following Tennin repeatedly described her son as having been ill, extremely lethargic, and without an appetite when he came home from school on January 31st. Detectives interviewed numerous staff members at Victim’s school, who all reported that the boy had seemed normal, healthy, and energetic on January 31. One witness reported that the last time she saw the child that day, he had been playing and jumping on the trampoline.

When police questioned her Tennin denied locking her son in the garage. Months later one of the child's siblings told a foster parent, and then authorities that the boy got in trouble when he came home from school and was ordered by his mother to sit in the garage.