In 2001, the 23-year-old law student from East Point was found dead inside her burned apartment off Fawn Drive in Athens. 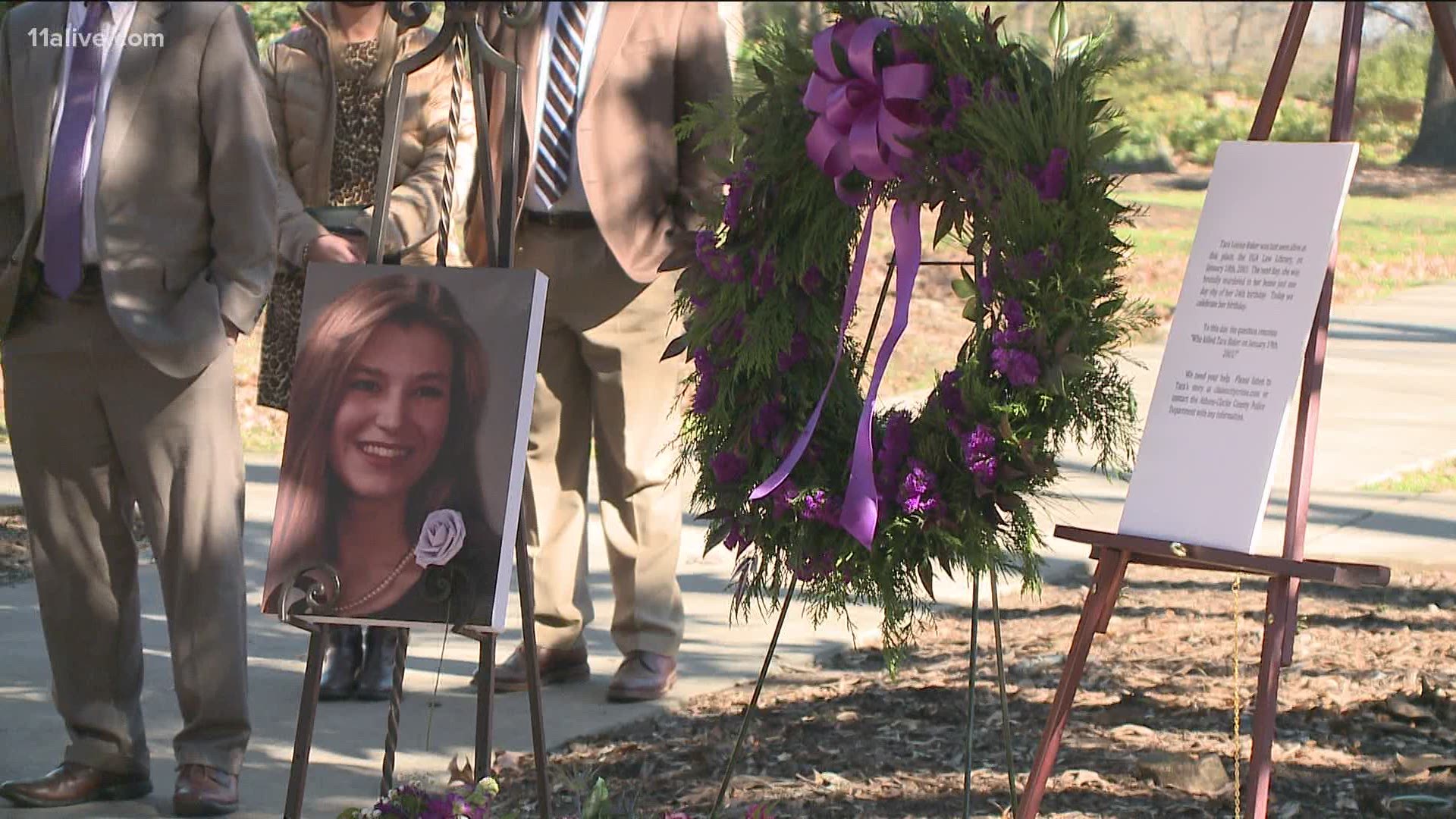 ATHENS, Ga. — Twenty years after her death, the family of Tara Louise Baker gathered somberly in the hopes that someone might have new information to help give them closure.

Baker's family returned to Athens Jan. 20 - on her birthday - for a flower memorial outside the UGA law library. It was the last place the first-year law student was seen alive.

In 2001, the 23-year-old law student from East Point was found dead inside her burned apartment off Fawn Drive in Athens.

The police determined the fire was set on purpose and ruled her death a homicide. But all these years later, the case remains unsolved.

According to the Georgia Bureau of Investigation, Baker was seen by a friend outside the library around 7:30 p.m. on the night of Jan. 18. That same friend got a call just about two hours later from Baker - who was still at the library - asking her if she had made it home safe.

Baker said she planned to leave the library around 10 p.m. That was the last time she was ever heard from.

The case went cold, but got some new life thanks to the Classic City Crime podcast, which highlights crimes in Athens, Georgia, according to the creators.

"Two decades have passed, and still the Baker family's search for the truth continues," the creators wrote on Facebook. "We continue to work with them to try to understand and comprehend why such good had to collide with such evil on that January morning. I believe every family deserves that answer."

The GBI, meanwhile, is still hoping to solve the case. Anyone who may have information about Baker's death is asked to contact the Athens-Clarke County Police Department at 706-613-3337 or the GBI's Athens Regional Office at 706-542-7901.

1 / 8
WXIA
Family of Tara Baker returned to the UGA law library in Athens, on the her birthday. The 23-year-old law student was found dead inside her burned apartment in 2001. Police determined the fire was set on purpose and ruled her death a homicide, but the case remains unsolved.