Court documents: Stepmom acting as own lawyer has brain damage

Tiffany Moss is accused of starving her stepdaughter and putting her body in a dumpster outside their Gwinnett County home in 2013. 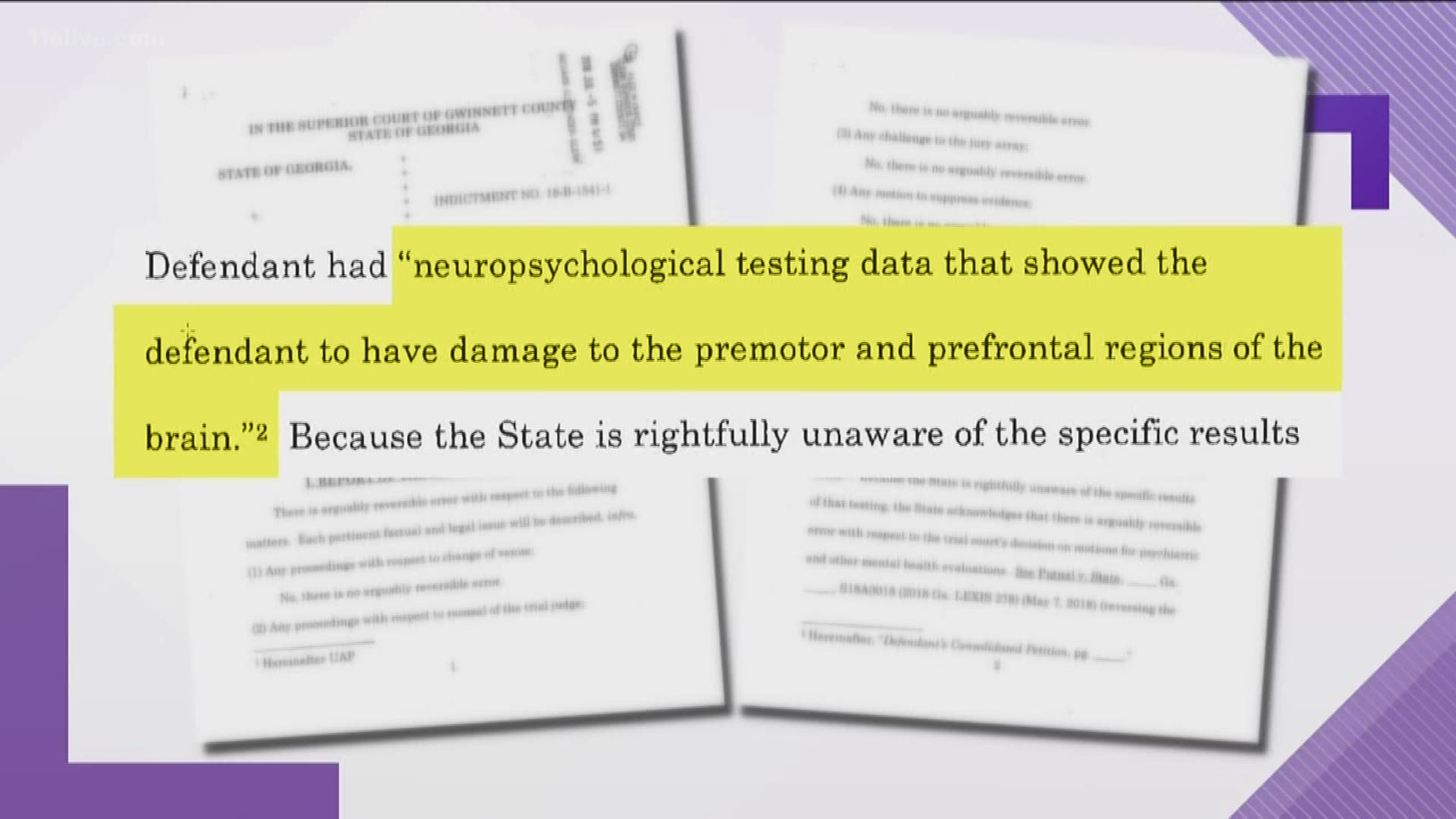 Moss has chosen to represent herself in her own death penalty trial. If convicted she faces three penalties:

RELATED: She could become only the third woman executed in Georgia

11Alive News has obtained a motion which says Moss had “neuropsychological testing data that showed the defendant to have damage to the premotor and prefrontal regions of the brain.”

Moss faces six counts of murder and concealing the death of her stepdaughter in Gwinnett County, plus two counts of felony murder and first-degree cruelty to children.

We reached out to the Director of the Brain Research Laboratory at Emory University, Dr. Don Stein. He’s a national expert in brain injury and repair and has written more than 400 papers on the subject. Dr. Stein has not examined Moss, but explained what damage to the premotor and prefrontal regions of the brain can mean.

“What you’re talking about with prefrontal and premotor cortex (is) those areas of the brain, and especially in the left hemisphere, are very much thought to be intimately involved in executive function, decision making, and impulse control,” explain Dr. Stein.

Stein explained damage of this type can be caused by many things: athletic injuries, trauma to the head, damage during childbirth, meningitis, strokes or aging. However, there does have to be some sort of precipitating event that cause brain damage of this sort.

“Frontal lobe syndrome, and that is kind of what we’re talking about here, can lead to the loss of executive function and impulse control.”

The actual results of the neuropsychological testing done on Moss are sealed, but it does call into question what many prospective jurors have been wondering during the trial: Is Moss fit to represent herself?

“The District Attorney doesn’t want to go through the time and expense of a capital punishment trial and have it all reversed on appeal,” explained Meg Strickler, criminal defense attorney who is unrelated to the Moss case.

“It’s the D.A.’s way of saying let’s be extra safe and secure to not have a reversal error because we think this is a big issue.”

Moss has had psychological and mental testing and the court found she was fit to act as her own attorney. That is a right all defendants have. However, this neuropsychological testing could throw those tests into doubt.

Moss has barely spoken during her trial, which so far has been limited to jury selection. She conferred with her court-appointed standby attorneys only once, before she challenged to remove a juror for cause. The Judge agreed with her on that challenge and that juror was removed. Otherwise, her responses have primarily been “No questions, your honor.”

Judge George Hutchinson is presiding over the trial and has tried numerous times to get Moss to agree to have court-appointed attorneys represent her. She has refused those efforts.

“They all feel that if this is going to proceed without counsel every single T is crossed and every single I is dotted,“ said Strickler.

Eman Moss, Tiffany’s husband, signed a plea deal in 2015. He is serving a life sentence without parole but does not face the death penalty. He will likely testify against his wife in her trial.

Final jury selection is today and opening statements are scheduled for Wednesday.

The 10-year-old was starved to death and then burned