The Gwinnett County woman accused of starving her 10-year-old stepdaughter and throwing her body in a dumpster is representing herself in her death penalty trial. 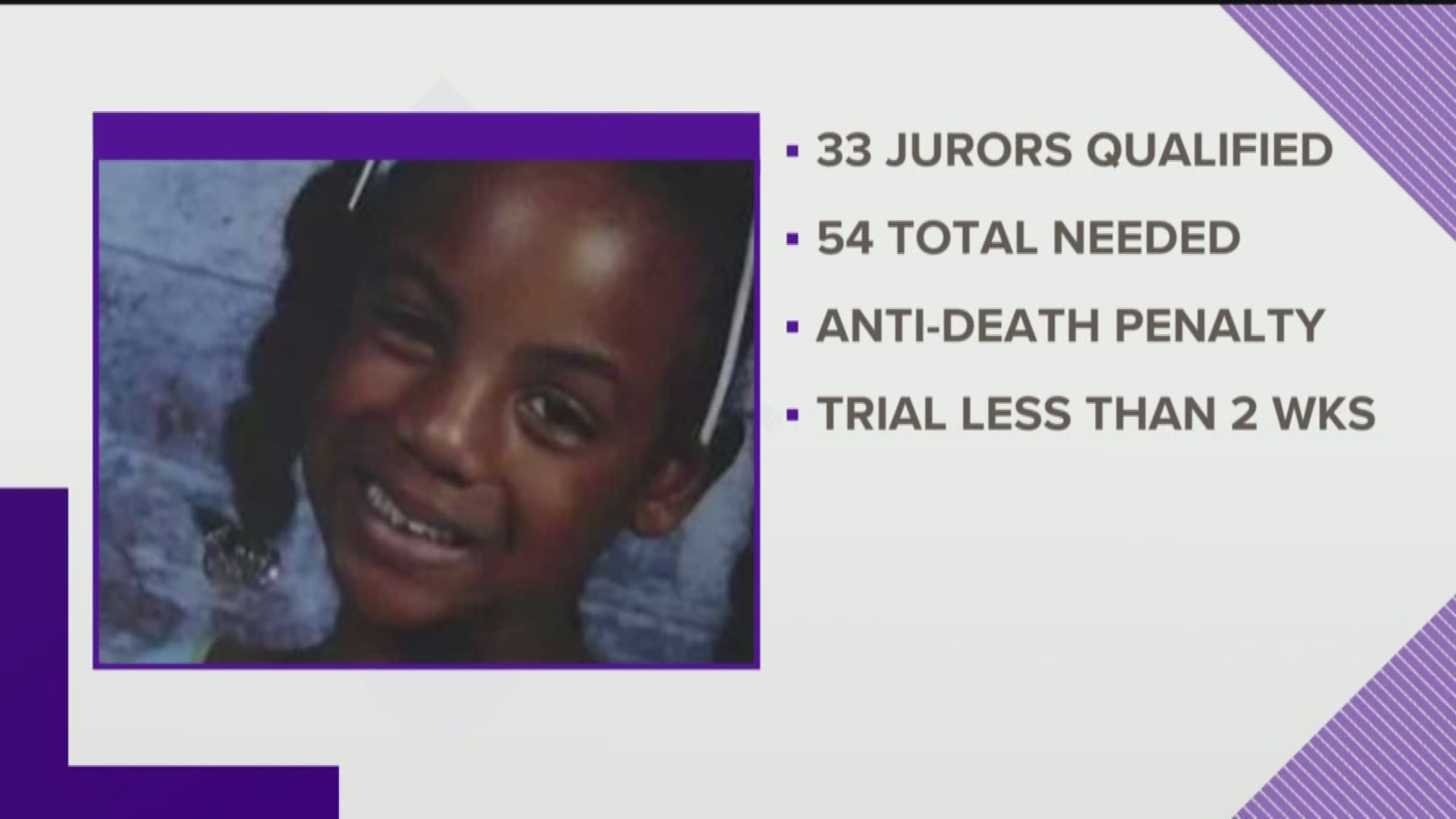 LAWRENCEVILLE, Ga. — As jury selection enters its fourth day, Tiffany Moss again sat quietly for the majority of the proceedings. She’s facing more than half a dozen charges in the murder of Emani Moss, her stepdaughter, in 2013.

The seriousness of the case is evident on the faces of prospective jurors as Judge George Hutchinson and District Attorney Danny Porter question them about their beliefs on the death penalty.

As jurors are questioned about their beliefs, many take long, thoughtful pauses as they consider whether they’d be able to impose a death sentence on another human being. Some ultimately say yes. Others say no.

One juror, an African American male in his sixties, said he could never consider imposing a death penalty because “it has been used against black people and people of color more than anyone else.” He was, ultimately, excused from service.

Moss questioned another juror about his preference for the death penalty in serious cases, such as murder.

“If I was found guilty of starving a child… my child… and you found me guilty, would the death penalty be the only option for you,” Moss asked.

The juror said it would likely be the option he would choose. Moss later filed a motion with the judge asking that juror be dismissed because he seemed to have a preference for the death penalty and would not be option to other sentencing options. The judge did not agree and that juror was moved on to the next phase of jury selection.

Earlier in the week, the judge primarily sided with Moss when she challenged jurors.

Eman Moss, her dad, signed a plea deal in 2015. He is serving a life sentence without parole but does not face the death penalty. Tiffany Moss, her stepmother, has been awaiting trial for more than five years.

Tiffany Moss faces six counts of murder and concealing a death, plus two counts of felony murder and first-degree cruelty to children. She also faces the death penalty.