The woman was able to alert the bar that she needed help while in the same room as the man police say attacked her. 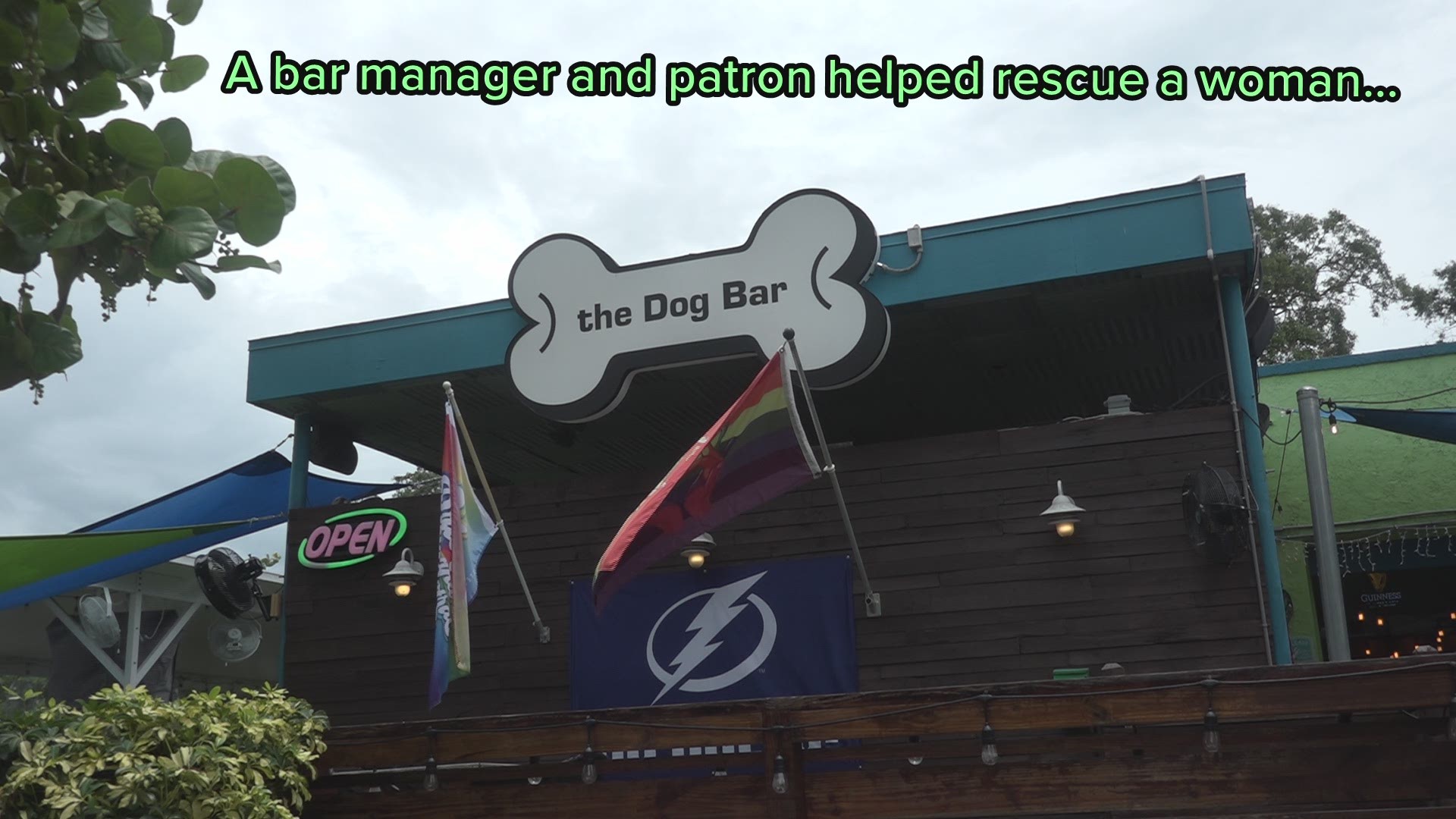 ST. PETERSBURG, Fla. — A social media message and the quick thinking of staff helped rescue a woman who was being sexually assaulted in the bathroom of a St. Pete bar.

According to the St. Petersburg Police Department, a woman who was visiting from out of town on June 27 was bar-hopping when she met 41-year-old Jarrod Matchett.

One of those stops was at The Dog Bar on Central Avenue.

While at the bar, officers say Matchett lured the woman into the bathroom "by telling her that he wanted to talk to her" but once inside, things took a turn.

Matchett aggressively pushed the woman over the sink and began sexually assaulting her, according to an arrest report. Police say the woman tried to deter Matchett by telling him "I didn't give you permission" but the assault continued despite her plea.

Officers say the woman was able to take a photo of Matchett and send a message to The Dog Bar via social media asking for help.

That message was then seen by the girlfriend of Fred Metzler, who owns The Dog Bar, before she and a customer sprung into action.

"It’s really just trying to do the right thing. This is not the kind of incident that ever happens here, and that’s one of the reasons that it feels so out of place," Metzler said.

He says it was fortunate that the woman had her phone with her at the time and that the message was seen right away.

"Really proud of my staff for jumping in and doing something immediately. Obviously, this isn’t something you can sit on. Ten minutes later, would have been a whole other story," Metzler added.

Discussing how to spot people who are in trouble is something that Metzler believes every bar broaches with their staff, adding that most bartenders are able to determine when something is off.

"At the end of the day, that’s a bartender’s job. And I think most really good bartenders do exactly that on a daily basis," he said.

Following the incident, Matchett was arrested and charged with sexual battery.