'These numbers are staggering': Tampa police once again plead for stop to senseless gun violence

The city has already seen 23 homicide cases this year. 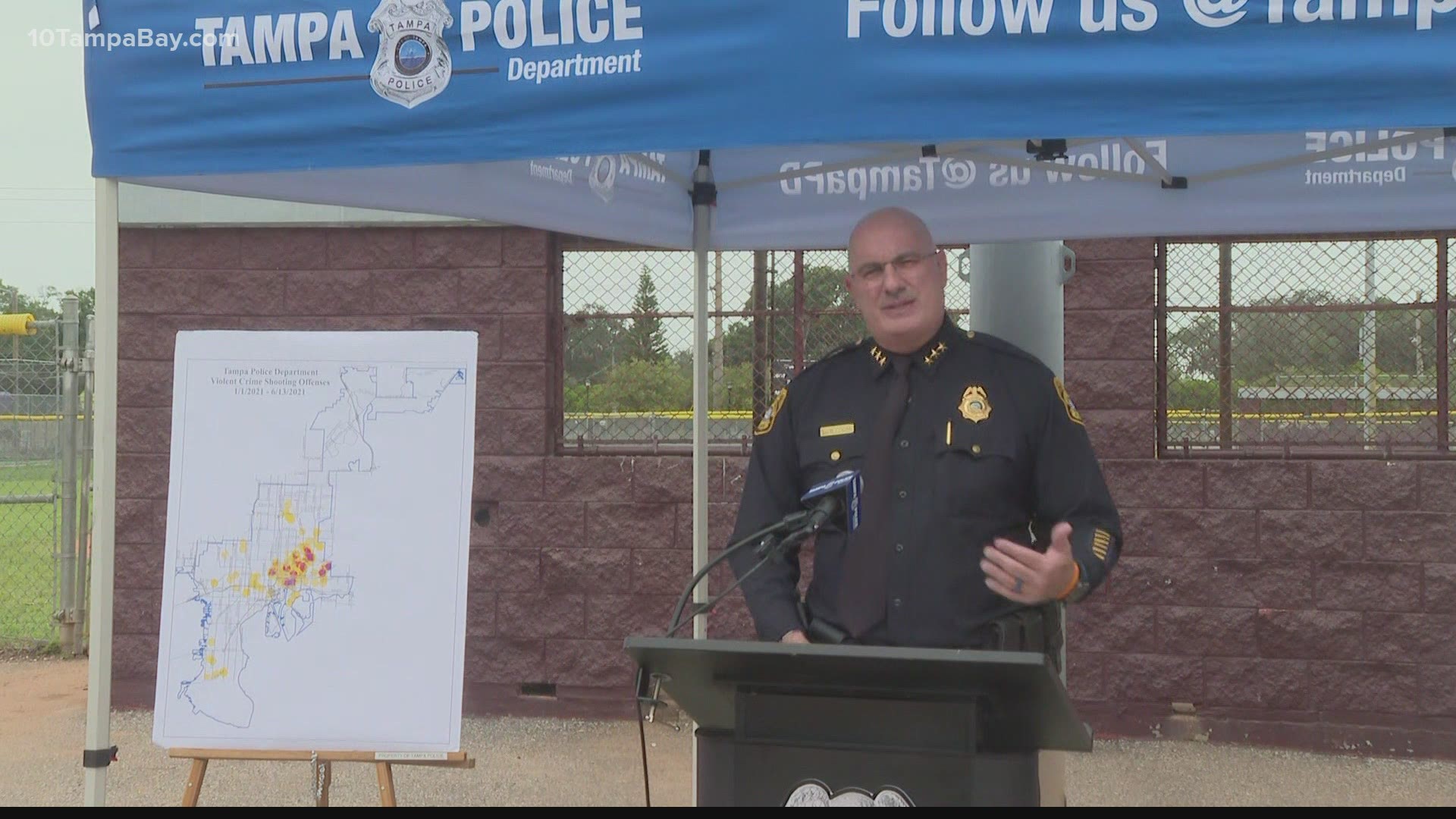 TAMPA, Fla. — Standing in Cyprus Greene Park, the "heart" of gun violence in East Tampa, family members and the Tampa Police Department plead with the community to stop the recent spike shootings.

So far this year, Police Chief Brian Dugan says the city has seen 23 homicides compared to 14 at this time in 2020. Of those, 21 of them involved a firearm, he added.

Looking at the bigger picture, Dugan says there have been a total of 230 non-fatal shootings and 369 crimes involving a gun to date.

“It’s sad what’s going on now. It’s been going on but like you say it’s sparking at a higher rate right now," Leon from Rise Up for Peace said. “Families are hurting and we can’t seem to get away from this revolving door of senseless killing.”

Patricia Brown, who lost her son Devante to a shooting at 27 years old, was back to talk about what she called a "ridiculous" amount of shootings.

Rise Up for Peace says its not about being perfect in the action you take, but is about making an effort because the next generation "need you."

“These aren’t just statistics, these are actual people and we have to stop this stuff. It’s gotten out of control," Dugan added.

While the police department says it has made strides in solving crimes and is considered among the top in the nation for linking crimes through NIBIN – an evidence testing network for ballistics – it's not an accomplishment to brag about.

“That’s nothing to brag about when people are out there getting shot and they’re dying over senseless violence," Dugan said.

He's asking for the community to come forward and help them keep guns involved in crime off the streets.

Rise Up for Peace is inviting the public to join them in their movement during two upcoming walks: