The former teacher is also accused of sending the boy pictures of herself in lingerie. 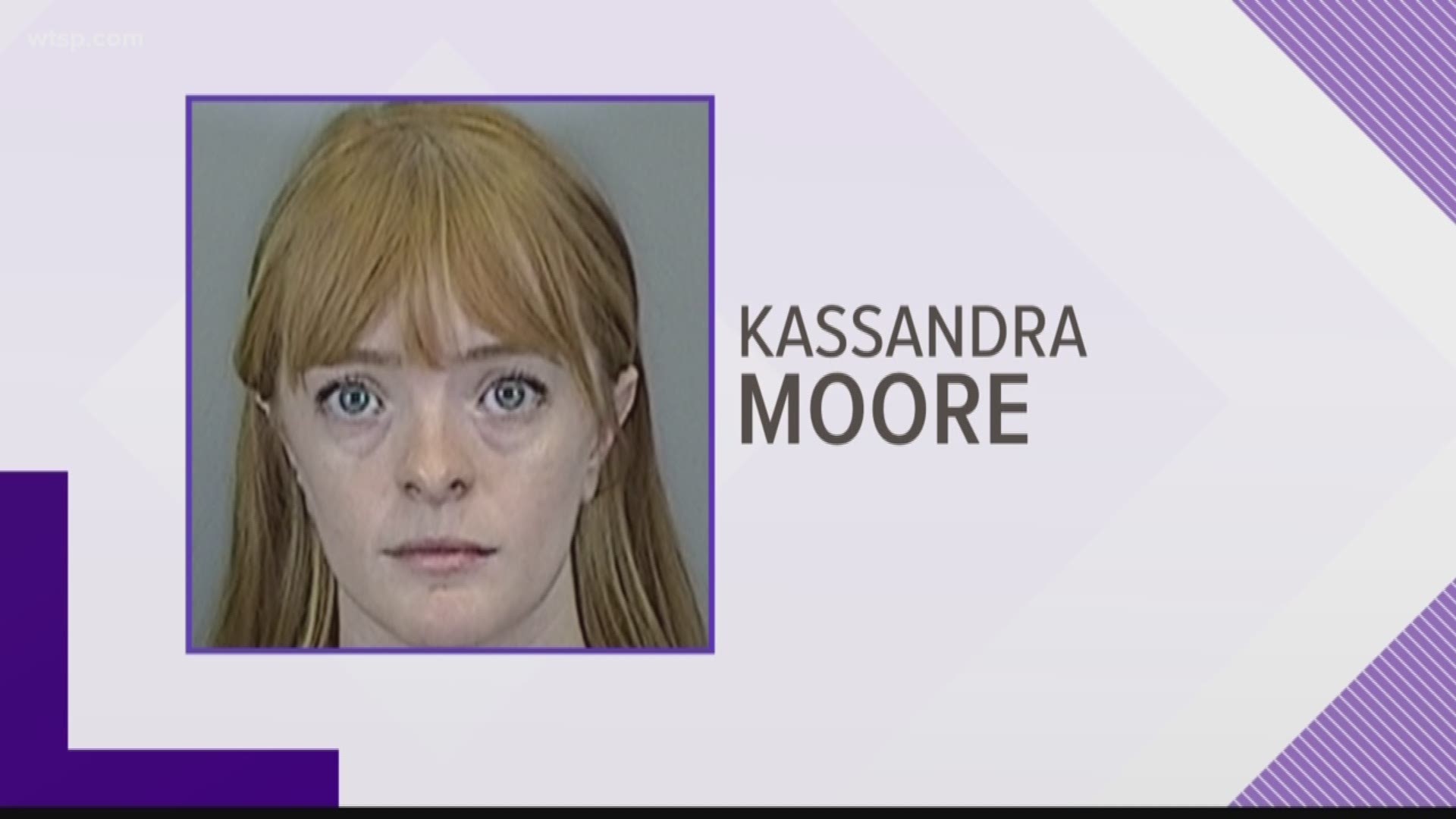 BRADENTON, Fla. — The Bradenton Police Department on Monday arrested a now-former teacher accused of having sex with a teenage student several times.

Kassandra Moore, 30, is charged with four counts of lewd battery and one count of transmission of harmful material to a minor.

The Bradenton Police Department claims Moore – who taught at The Broach School – arranged to meet the 15-year-old boy at G.T. Bray Park several times for sex. According to law enforcement, Moore is also accused of sending the boy several pictures of herself wearing lingerie with “her body parts exposed and posed in a sexual manner” through Instagram chat.

Moore no longer works at The Broach School, according to a school spokesperson.

Police began their investigation on April 10. Investigators claim Moore attempted to get help from another teacher at The Broach School as an alibi for her actions.

The police department said Moore also contacted a former student to see if it was possible to delete messages and images from another person’s password-locked cell phone.