"My son said 'daddy he shot me.'" That's when Williams reached into his car for his licensed weapon and shot his son's shooter; he said he was protecting his family. 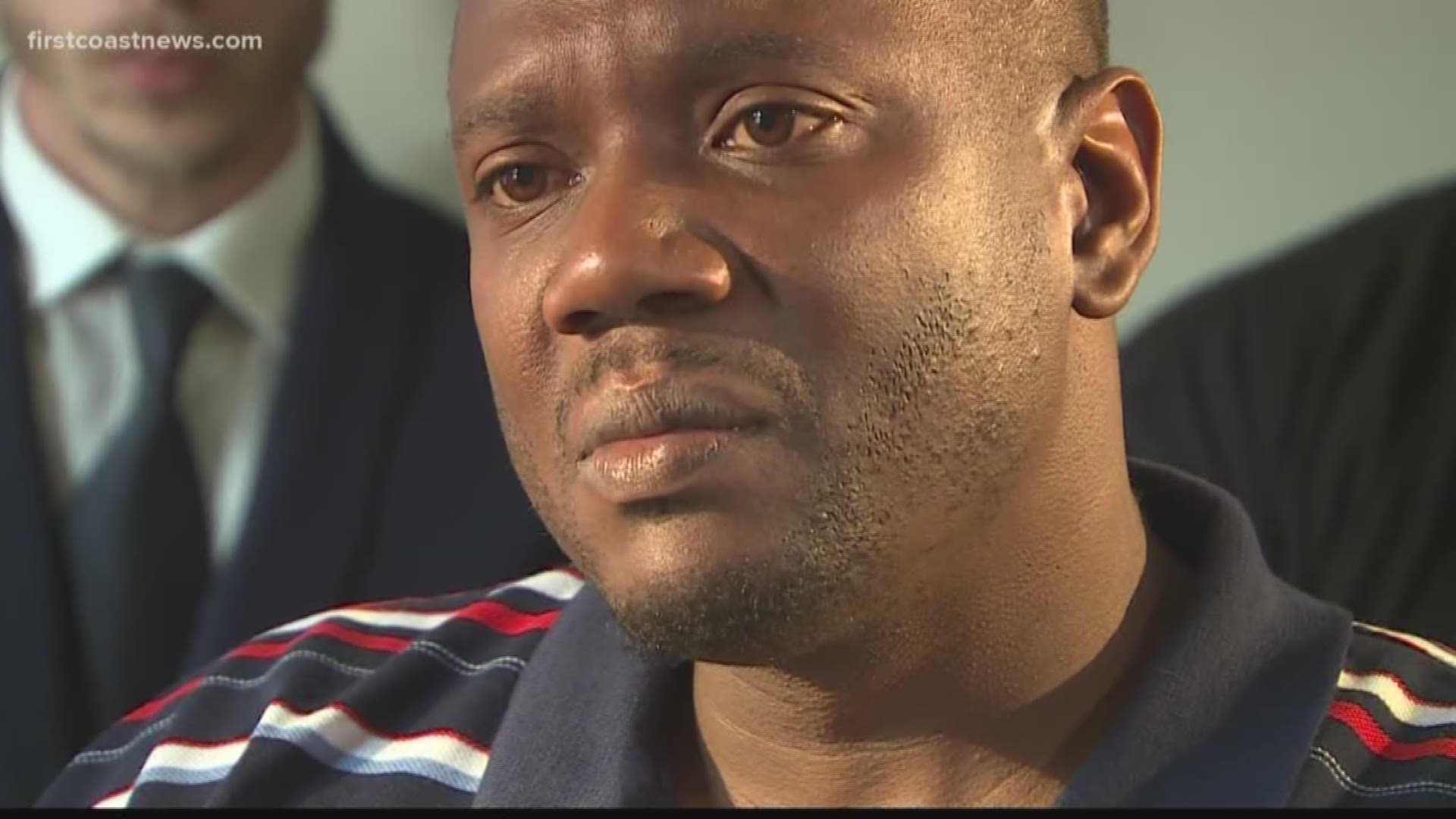 JACKSONVILLE, Fla. — Valentines Day 2019 will be forever etched in the minds of Ernest Williams and Orri Jones. That is the day their 14-year-old son was killed.

It happened at Elizabeth Powell Park on Redpoll Avenue. During the day it is a simple quiet park with a few basketball hoops.

The only signs of what happened on Valentine's Day are a Crime Stoppers sign and a small memorial.

Denim Williams,14, was gunned down near the basketball court. His mother wants everyone to know her only son was an outstanding student, loved life and was full of promise.

"Life taken too soon over foolishness," Orri Jones said. "My son was not a gang member, I don't want him portrayed as that."

She said he loved football and wanted to pursue a career in the sport, but they believed there was more in him than the sport he loved.

"I lost my dad, I lost my mother, but there is nothing like losing a child," Williams said. "I would not wish that on anybody."

Williams said it started with two girls fighting, exactly why is unclear, one of them was his 21-year-old daughter

He said he was called to the park to break up the fight. But when he got there there was a crowd and a number of young adults armed with guns.

"I get out the car and I am hit with a gun in my stomach," he said. "I am trying to stop the kids from fighting."

He had his two teenage sons in the car ages 15 and 14; they were with him on the way to or from a barbershop.

Williams said while he is trying to quell the melee his 15-year-old gets into a tussle with 24-year-old Titus Mobley who was armed.

Williams said that's when his 14-year-old started to get out of the car.

"He gets two steps and then I heard boom boom and my son said daddy he shot me," he said.

Williams said at that point he reached into his car to get his licensed weapon and shoots Mobley; he said he was protecting his family.

He remembers driving his wounded son to UF Health and said it's unforgettable.

"He got in the car and said 'daddy I love you,' he told his brother he said, 'I don't want to leave you,' he said 'big brother come back here and hold me, he said 'dad I feel like I'm fading away'," Williams remembered.

Orri Jones, his mother, met them them at UF Health and he was already in surgery.

"He fought for his life, he fought from the time he arrived until 2:45 Friday a.m. February 15 and I would never forget that," said Jones.

She said he was shot twice and had to be resuscitated several times.

"My son died nine times, they brought him back nine times, he fought for his life," she said.

His brother was also wounded; he was shot once in the hand but is okay.

Pastor Virgil Jones, Jr. is a relative and family counselor. He described Denim Williams as a dynamic teenager with a bright future.

Williams said it is time to stop the violence in this community.

"We have to come together as a community and work on this," he said.

He also understands the gravity of the loss, not just his, but the other family as well. Williams offered his condolences to the Mobley family.

"They have my deepest sympathy," said Williams. "We are going through the same thing. When you look at the situation, nobody wins here."

Now he prepares to bury his son, while police continue their investigation.