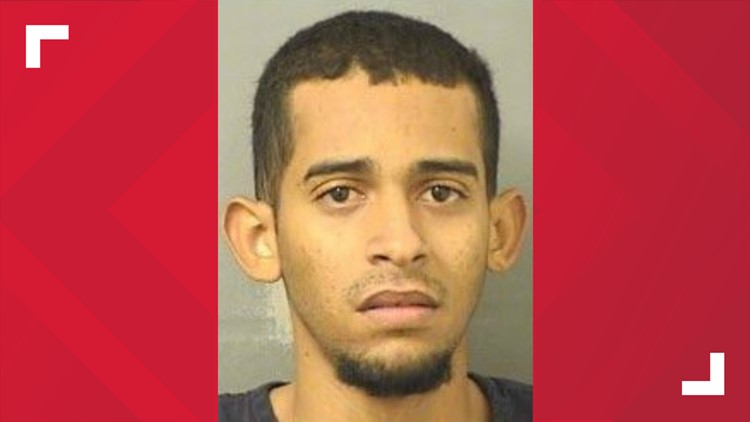 Florida man accused of hitting elderly woman, dousing her with chemicals and lighting her on fire

BOCA RATON, Fla. — A Boca Raton man is facing murder and arson charges after police said he hit an elderly woman and doused her in chemicals before setting her on fire.

Boca Raton Police Services said Jorge Luis Dupre Lachazo was with his co-worker delivering a washer and dryer from Best Buy to a woman in the Colonnade at Glen Oaks neighborhood.

Lachazo's co-worker told police at one point during the visit, he stepped outside to make phone calls back to the office. Then, he said he heard screams from inside the home and found blood and the woman on the floor.

When the co-worker went outside to call 911, police said Lachazo drove away in the delivery truck. A responding officer stopped the truck before it left the neighborhood.

During an interview, police said Lachazo admitted to hitting the woman and dousing her with a liquid chemical. Police also said he admitted to using cocaine and marijuana earlier in the day.

WPTV in West Palm Beach also said Lachazo is accused of hitting the woman with a mallet and setting her on fire after dousing her with chemicals.

Lachazo is charged with murder, aggravated battery with a deadly weapon on a person over 65 years of age and arson.