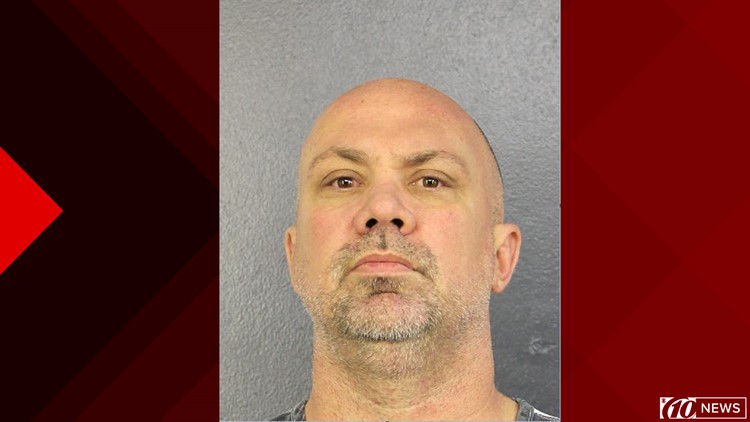 PARKLAND, Fla. — In a 12-day span in April, a man from Parkland is accused of sending a woman around 10,000 text messages, the South Florida Sun-Sentinel reports.

The newspaper said the woman told the Broward County Sheriff's Office that Nicholas C. Nelson, 48, met her through a friend. She claimed she began getting a "flood" of texts from Nelson on April 5, and it only got worse when she told a friend.

The Sun-Sentinel reports some of the messages allegedly included, "You and I, We die together," and “The only man you’ll ever be with again is me.”

On April 12, Nelson is accused of sending a photo of an airport parking lot ticket along with the message, "I’m going to start blowing up planes to prove my point.”

He faces aggravated stalking charges, and investigators claim he even went as far as leaving clothes in the front yard of a relative of the woman, the Atlanta Journal-Constitution reports.

He was arrested and booked Monday into the Broward County Jail.

He faces charges of aggravated stalking and making written threats. He is being held without bond.