Two women and an 11-year-old girl are accused of stealing 31 items from a Walmart in Spring Hill. 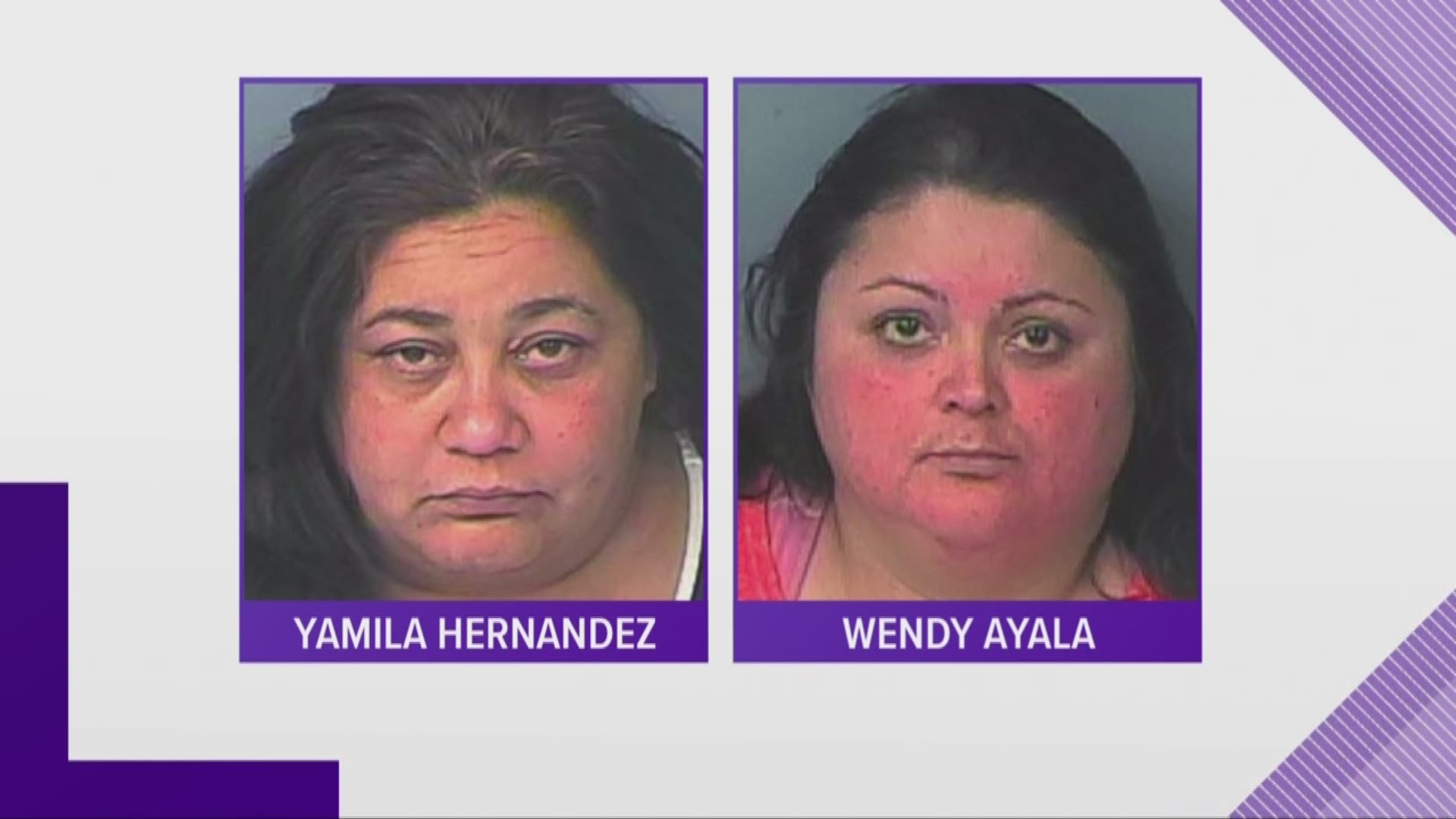 A Spring Hill woman is accused of having her 11-year-old daughter help steal more than two dozen items from a Walmart.

Yamila Quintana Hernandez, her daughter and another woman are accused of stealing 31 items totaling $249.58 on Monday from the Walmart at 1485 Commercial Way in Spring Hill, according to arrest records.

“We are so sorry. We didn’t mean to take the stuff,” Hernandez said, according to arrest records. “We will give everything back. Just let us go.”

Surveillance video shows Hernandez pointing to several items for her daughter to conceal. Hernandez, 41, is charged with retail theft.

10News has requested the surveillance video from the Hernando County Sheriff's Office.

Hernandez, her daughter and Ayala are accused of putting the stolen items in their purses.

Loss prevention at Walmart caught Hernandez and her daughter. Authorities then called Ayala, who agreed to return to the store.`

Ayala offered to pay for the stolen items with a credit card.

“I’ll pay for the stuff, just let me go,” Ayala said, according to arrest records.

Ayala had her 5-year-old son and her daughter with her during the incident, according to arrest records.

Hernandez and Ayala are scheduled to appear in court on April 17.