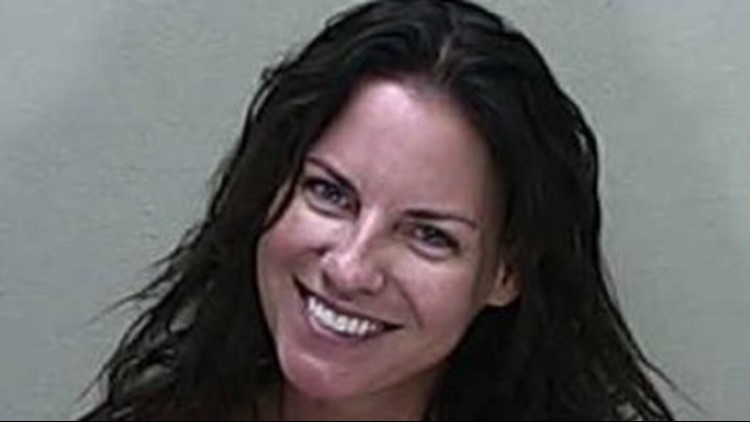 Photo by: Marion County Sheriff's Office
Angenette Marie Welk pleaded no contest to a charge of DUI manslaughter and two counts of DUI with property damage

An Ocala woman accused of killing a 60-year-old woman while driving under the influence was sentenced to prison Thursday.

Angenette Marie Welk pleaded no contest to a charge of DUI manslaughter and two counts of DUI with property damage in April, Ocala-News.com reports.

She was sentenced to 11 years in prison, to be followed by probation, court records show. She was given credit for one month and 23 days time served. She also has to pay $379 in fines.

Welk gained worldwide notoriety for smiling ear-to-ear in her mugshot.

On May 10, 2018, Welk drove her 2011 Chevrolet Avalon east on U.S. Highway 27 when she failed to brake in time to avoid hitting the cars stopped in front of her.

Welk rear-ended a Hyundai Elantra with enough force to sandwich it between her sedan and a tractor-trailer that was directly in front of it, the crash report said.

The truck driver was not injured.

"My mother was senselessly and recklessly taken from me," Clarkston’s daughter Keonna Sciacca told WKMG.

Sciacca told WKMG she plans to put the mangled and crushed vehicle her mother was in on display in front of the Marion County Sheriff's Office on Thursday morning, ahead of Welk's sentencing.

"The only technically positive thing that can come from this case is making sure that it's well known about drunk driving," Sciacca said.

WKMG reports Sciacca said the mugshot of Welk flashing a grin after the crash was what was most upsetting.

After the sentencing, Sciacca said she plans to donate the damaged Hyundai Elantra to area schools with hopes it can be used as an example to students about the dangers of drunk driving.

Note: Refresh the page for the latest information.