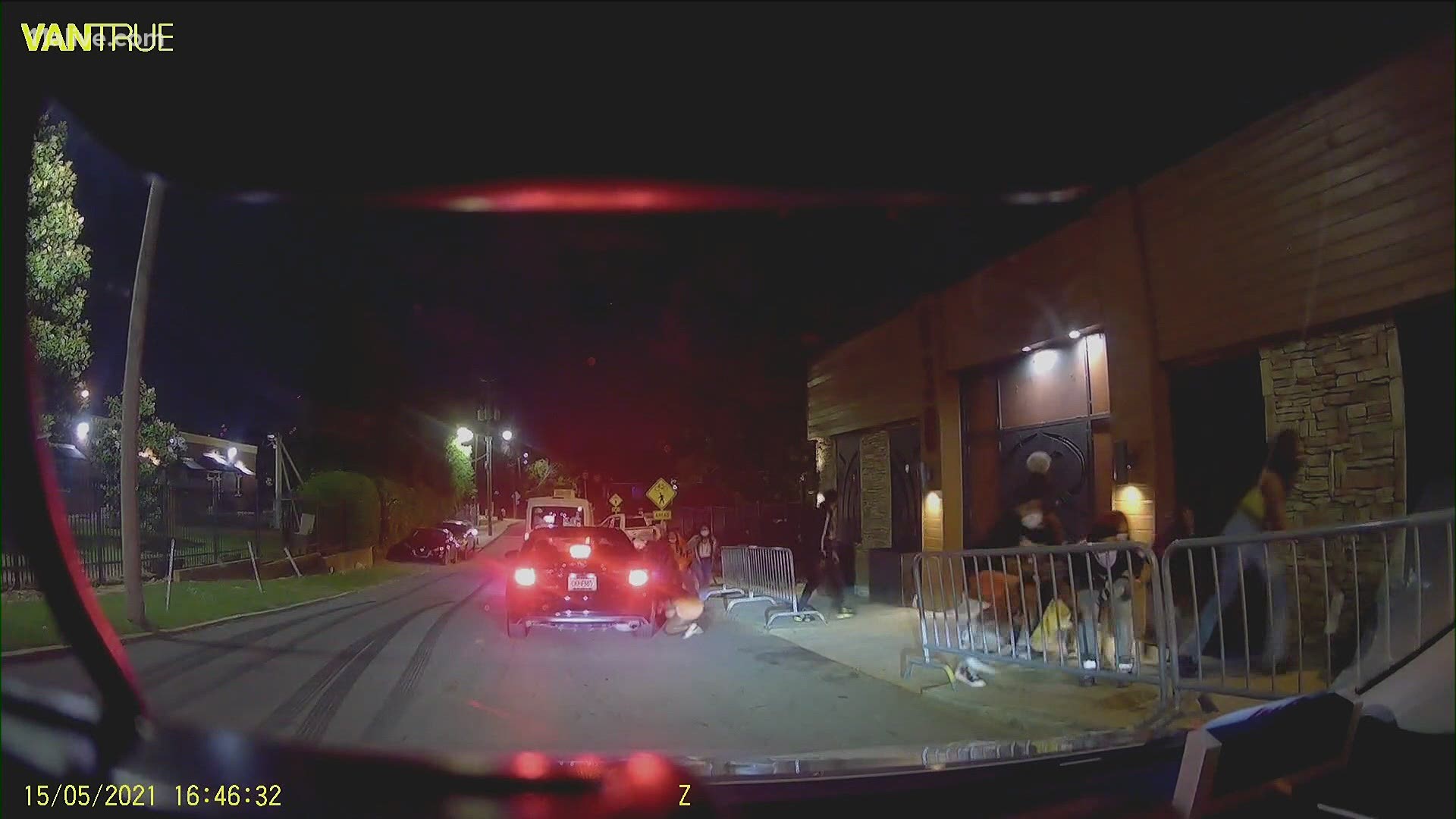 ATLANTA — Four people are still recovering after being shot outside the Trap Museum on Travis Street near English Avenue Saturday night around 11:30 pm.

Dashcam video from Uber driver Clint Rauscher shows people running for cover while gunshots can be heard in the background.

"Then, I see tons of people running toward me and some more shots that were even louder and much closer. I could still hear gunfire even then, so it went on for quite a while probably 15 or 20 seconds or so. And then I could still hear the gunfire as I drove away," said Rauscher.

There were four victims in all; three men were hit while they tried to get to their cars and a woman was also shot in the back. All four were taken to the hospital.

RELATED: At least 19 shot, 6 killed in another violent weekend in Atlanta

It's a scene English Avenue neighbors said has been way too familiar over the last year.

"There are shootings and arguments, I can hear it at night sometimes," said Nicholas Stewart, president of the English Avenue Neighborhood Association.

11Alive reached out to the Trap Museum about the shooting and they issued the following statement:

The Trap Museum had no involvement with the shooting that occurred over the weekend. We are unaware of and uninvolved with its origins.

Stewart said he hopes the owners or management of Trap Museum will come to their neighborhood association meetings in the future.

He also believes some of the perpetrators of violent crimes in their neighborhood are people who come in for the nightclubs and other venues in the area.

"Coming in to party, get drunk, do whatever, create these crimes, and then leave," said Stewart.

Stewart said they've been working with Atlanta Police to create neighborhood watches and to increase police presence. However, he said the violence won't stop until the clubs themselves get involved.

"Hire more police, pay attention to some of the hours they stay open-be considerate to the neighborhood," said Stewart.

Police are still looking for the gunman who they believe was in a black Dodge Charger with red stripes. Anyone with information is asked to contact Atlanta Police.