Prude, a 41-year-old Black man, died in March after officers found him running naked through the street, put a hood over his head to stop him from spitting. 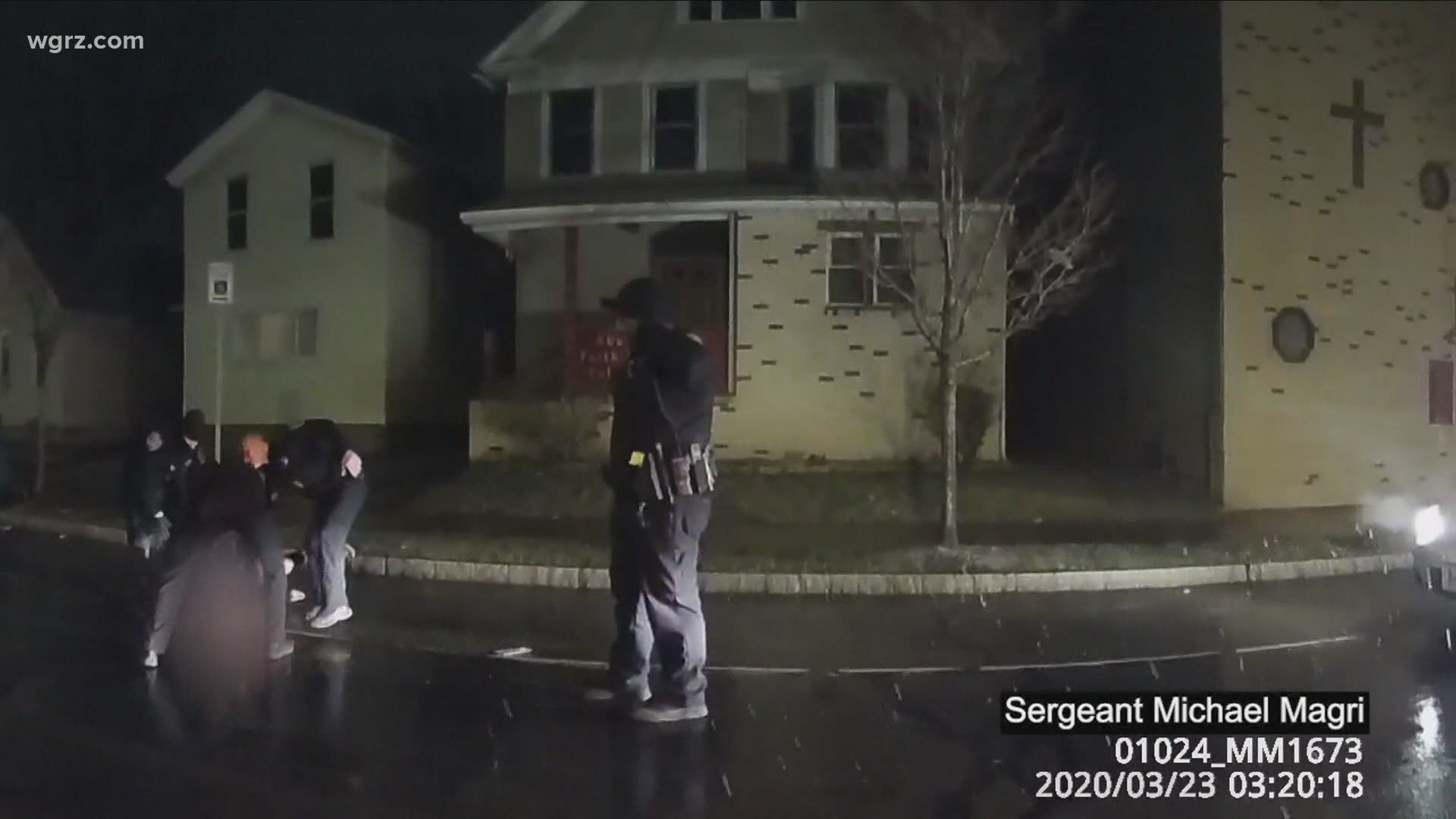 NEW YORK — New York State Attorney General Letitia James announced Tuesday that  a grand jury voted not to indict any Rochester police officer on charges in connection with the death of Daniel Prude.

Prude, a 41-year-old Black man, died in March after Rochester Police officers found him running naked through the street, put a hood over his head to stop him from spitting, then held him down for about two minutes until he stopped breathing.

“Daniel Prude was in the throes of a mental health crisis and what he needed was compassion, care, and help from trained professionals. Tragically, he received none of those things,” said Attorney General James.

“We concluded that there was sufficient evidence surrounding Mr. Prude’s death to warrant presenting the case to a grand jury, and we presented the most comprehensive case possible. While I know that the Prude family, the Rochester community, and communities across the country will rightfully be devastated and disappointed, we have to respect this decision. The current laws on deadly force have created a system that utterly and abjectly failed Mr. Prude and so many others before him. Serious reform is needed, not only at the Rochester Police Department, but to our criminal justice system as a whole. I will be pursuing a multifaceted approach to address the very issues that have prevented us from holding officers accountable when they improperly use deadly force. I am committed to effecting the change that is so desperately needed, and I will be unshakeable in my efforts to see it through.”

Despite the Grand Jury decision not to charge the officers, James says there are still serious concerns about the actions of the Rochester Police Department.

These are recommendations the Attorney General's office following their investigation.

1) Law enforcement officers, emergency communications providers (dispatchers), and emergency medical service personnel must be trained to recognize the symptoms of excited delirium syndrome and to respond to it as a serious medical emergency.

2) All communities should assess models for responding to crisis situations that minimize or eliminate police responses to mental health calls whenever possible; passing “Daniel’s Law” would greatly aid in this endeavor.

3) New York should mandate de-escalation training for all police officers, and police agencies should reflect a commitment to de-escalation in their use of force policies.

4) The City of Rochester should adopt a body worn camera release policy regarding critical incidents.

5) Law enforcement agencies should explore the use of spit sock alternatives.  The AG's office says that while there is no evidence that the spit hood used by Rochester Police contribute to Prude's death, it did add to his stress and agitation.