DOJ: Houston stash house with 97 inside had deadbolts to prevent escape; 5 suspects charged

All five suspects are accused of harboring and concealing people for “the purpose of commercial advantage or private financial gain.” 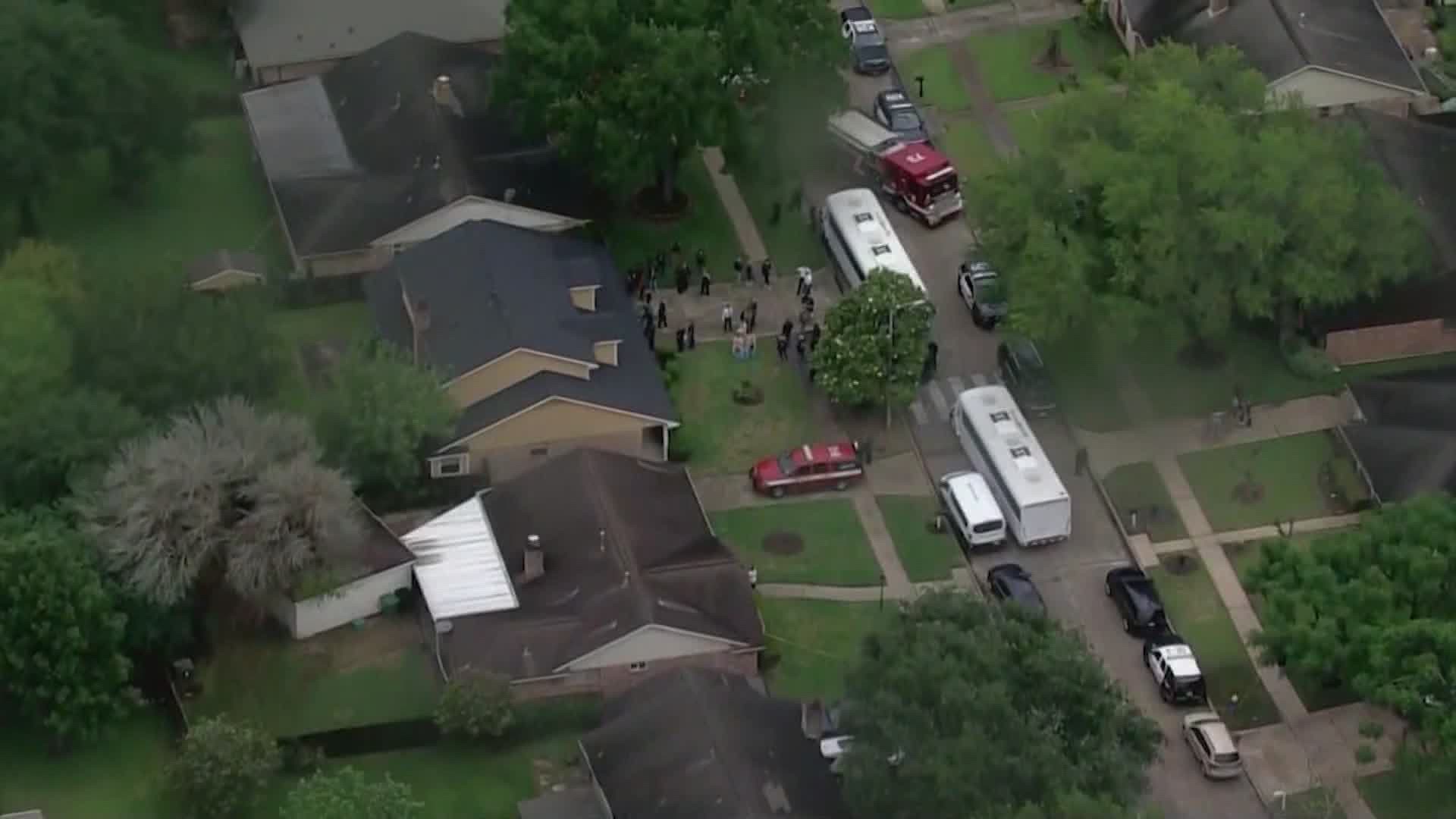 HOUSTON — Five suspects have been charged and arrested after last week’s discovery of a suspected human smuggling operation in a southwest Houston home, the U.S. Department of Justice announced Monday.

The Justice Department said 97 people were found in the home.

All five are accused of harboring and concealing people for “the purpose of commercial advantage or private financial gain.”

They all appeared virtually before a federal magistrate on Monday afternoon.

How Houston police were alerted to the home

Police were called to the home after authorities received a call from a woman reporting her brother had been kidnapped.

The woman told police that she paid human smugglers $11,000 earlier this year to bring her brother to the U.S. from Honduras. She said the smugglers tried to extort her for more money once her brother arrived in Houston. Fearing he would be killed, the woman called the police for help.

Investigators were able to track the suspects' phones, which led them a home in the 12000 block of Chessington Drive.

Houston police officers staked out the home and worked to get a search warrant. The morning of April 30, officers who were watching the home saw a car with two men inside leave the home. According to the criminal complaint, HPD officers followed the vehicle and watched the driver fail to signal a lane change and a left turn. Officers pulled the vehicle over and during a search of the car, they found cellphones, a passport, ID cards and a wallet with a large sum of money.

The HPD SWAT team carried out the search warrant and found 97 people, five of whom were women, crammed into two locked bedrooms of the home. The Houston Health Department confirmed that five of them tested positive for COVID-19 on-site and another five are pending test results.

“The charges allege the rooms had deadbolts on the doors facing the outside which prevented escape,” the DOJ said.

It's unclear how long the rental home was used to hide people smuggled into the U.S.

Court documents revealed that federal immigration investigators found money and ledgers that contained the names of the people they were paid to smuggled along with the amount paid for each person.

Left only in their underwear

All of the men were left only in their undergarments, according to officials. At least one of them was told he would be put in “four pieces of wood” if the money was not paid.

At the scene, Houston police said they believed some of the people appeared to be from Central America. Houston Police Assistant Chief Patricia Cantu said their main priority was making sure those rescued were healthy and safe.

“Very unnecessary and very cruel. Documented or not. This is a horrible offense,” Cantu said during a press conference outside the home on Friday. “It nearly broke our hearts. And you see officers in there. It’s heartbreaking to see people treated that way.”

Some of the 97 who were found in the home were taken to a hospital to be treated for dehydration. They told police they had not eaten or had anything to drink in three days.

If convicted, each suspect faces up to 10 years in federal prison and a possible $250,000 maximum.

Homeland Security Investigations conducted the investigation with the assistance of the Houston Police Department.