'I filled up a box full of dog poop': Portland porch pirate gets a stinky surprise

A Portland man is getting sweet, stinky, revenge on porch pirates targeting his SE neighborhood. He created a bait package using his dog's waste. And it worked. 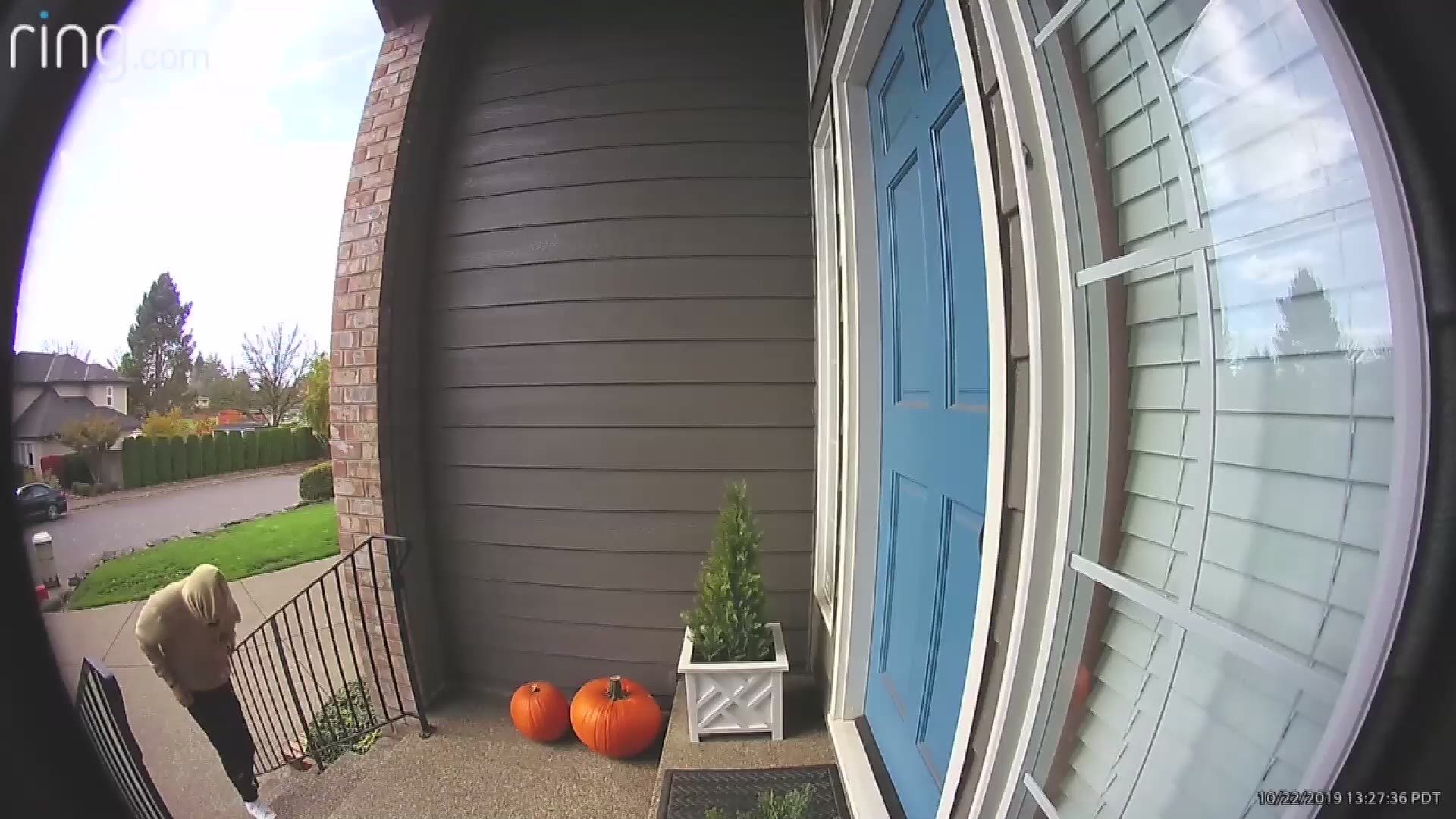 PORTLAND, Oregon — The holidays are here and so too are thieves who'll waste no time snatching up packages from doorsteps.

The porch pirate problem is one Matt Coats has become familiar with since moving to Southeast Portland a few years ago.

"I think the worst part about porch piracy is just feeling so violated. To have somebody come up into your space and take something that’s yours," Coats said.

However, this isn’t your typical, caught-on-security-camera, porch-pirate story. This one includes some sweet, stinky revenge.

"I had something disappear off the porch and it was really frustrating," Coats said. "I figured it would probably happen again. So, I filled up a box full of dog poop."

That's right, this is a story of a porch pirate, a pooch named Marlo, and poop.

Coats was sick of thieves helping themselves to his and his neighbors' deliveries. So he hatched a plan to get them back with a bait package.

He packed an REI box with his dog Marlo's droppings, left it on the porch and waited for an unsuspecting porch pirate to take the bait.

It only took three days for a porch pirate to strike and Coats caught the crook on security camera.

"One of the reasons I got all the video cameras is because I knew that it wasn’t going to stop people from stealing packages, but I'd have great footage when they did do it," Coats said.

And great footage he got. Coats even posted video to his YouTube page.

Then, he grabs Coats' bait package from his steps before going to the other house next door. That neighbor tells KGW the thief made off with $120 worth of new clothes.

Coats didn't get to actually see the thief's face when he opened his special delivery, but a friend texted him that he found Coats' pay-back package four blocks away on the street.

"I was really excited," Coats said. "[I] came home, my wife had gone and picked up the box and threw it away for me."

MORE: Turns out part of that viral glitter bomb and fart spray package video was fake

Coats isn't done giving porch pirates a run for their money yet. He still has a few more tricks up his sleeve.

Case in point, an Amazon box filled with Christmas tree trimmings mixed with dish soap. He's also looking for a bigger box to fill with a tree stump.

"Because that would be amazing, to watch somebody try to steal a tree stump," he said.

While he knows this won't stop porch pirates, payback feels pretty good. Even if it doesn’t smell that way.

"If we’re going to be annoyed, why not have a little fun with it? Why not make their lives kind of a pain too?" Coats said.

One of the neighbors filed a police report with the Portland Police Bureau. Meanwhile, based on Coats' surveillance video, Oregon City police said they believe they are looking for the same suspect in porch pirate cases there.

If you have any information on either of these cases call police.

TIPS TO PROTECT YOURSELF FROM PORCH PIRATES

Protect your packages this holiday season with tips from the Portland Police Bureau:

• If you believe that the delivery will arrive while you are at work, have the package delivered to your worksite/ office, if allowed or practical.

• Have the package delivered to a trusted relative, friend or neighbor that you know will be home.

• Track the shipping and routing of the package. This is available and provided by most shippers and the US Postal Service. Contact the shipper, if there is a delay in receiving the package as scheduled.

• Arrange for the packages to be signed for.

• If you don't have a choice, provide instructions about where deliveries should be left, in a less visible location. Finally, police want to remind shoppers to not leave packages in their vehicles. Car prowls also increase this time of year, as busy shoppers leave packages in their vehicles and then continue to shop. If you see a crime in progress, call 9-1-1. If you see suspicious activity in Portland, call police non-emergency 503-823-3333.