He was convicted in April of murdering his 5-year-old daughter, Phoebe, by dropping her from a St. Petersburg bridge in 2015. 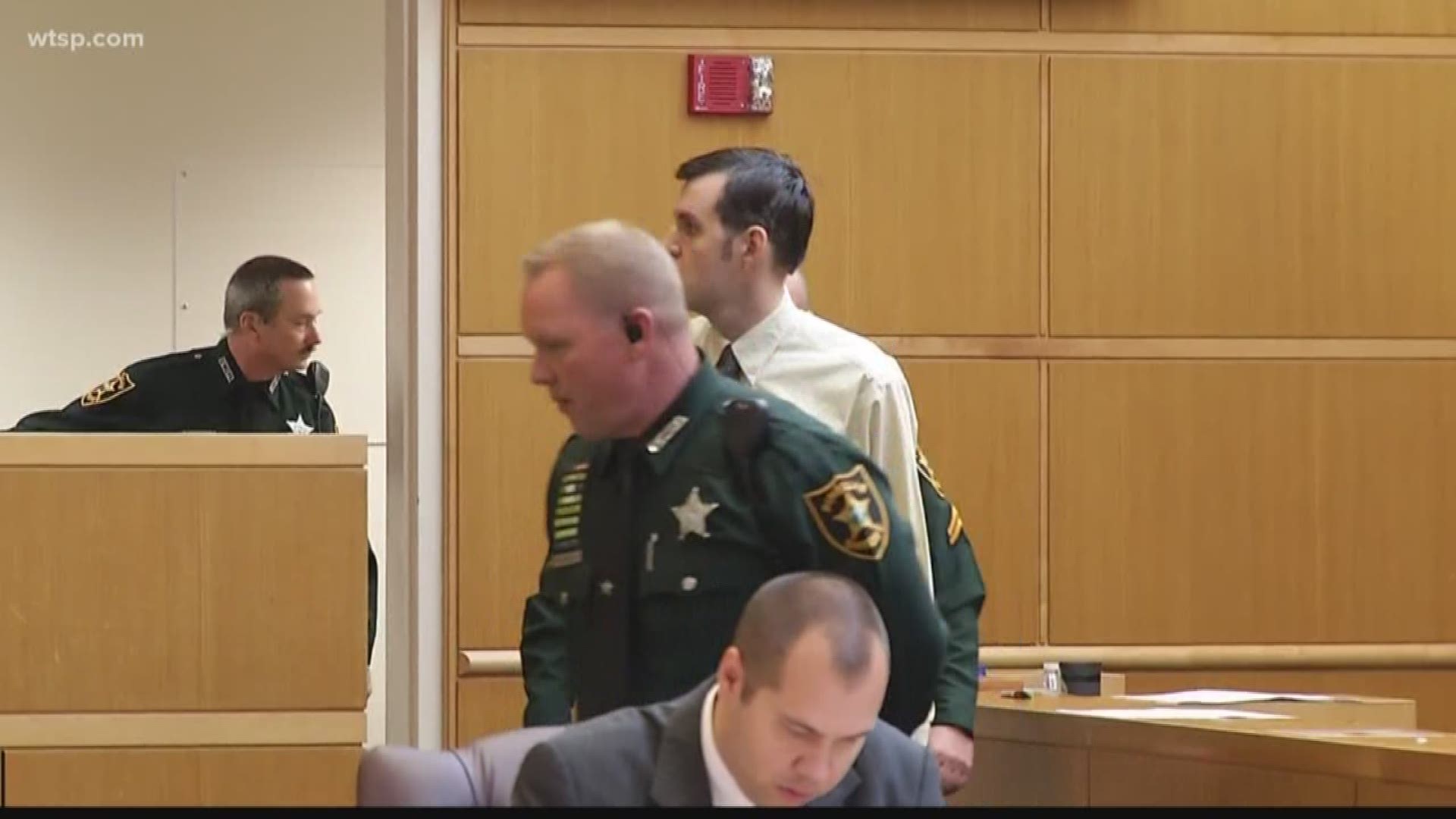 CLEARWATER, Fla. — A judge denied a new trial for John Jonchuck, who earlier this year was sentenced to life in prison for dropping his 5-year-old daughter off a bridge, leading to her death.

Jonchuck's lawyers argued there were several errors made during his spring trial, including those in which the prosecution made claims during opening statements and didn't back them up with evidence. The defense also said the jury should not have been allowed to ask questions of witnesses.

Judge Chris Helinger heard those arguments from Jonchuck's lawyers and, on Tuesday, denied the motion for a new trial.

Jonchuck, however, now has 30 days to appeal.

A little after midnight Jan. 8, 2015, a St. Petersburg police officer saw Jonchuck's car speeding south on Interstate 275 toward the Sunshine Skyway Bridge. He followed Jonchuck through the toll booth and to the Dick Misener Bridge, where Jonchuck pulled over.

Jonchuck got out of the car, took Phoebe out of the back seat and dropped her over the edge of the bridge into the waters of Tampa Bay.

Jonchuck then sped off toward Manatee County and was arrested and charged with murder, assault and fleeing police.

He is set to spend the rest of his life in prison.