Numerous delays have stalled the trial of John Jonchuck, who is accused of murder after he dropped his daughter off a bridge in 2015. 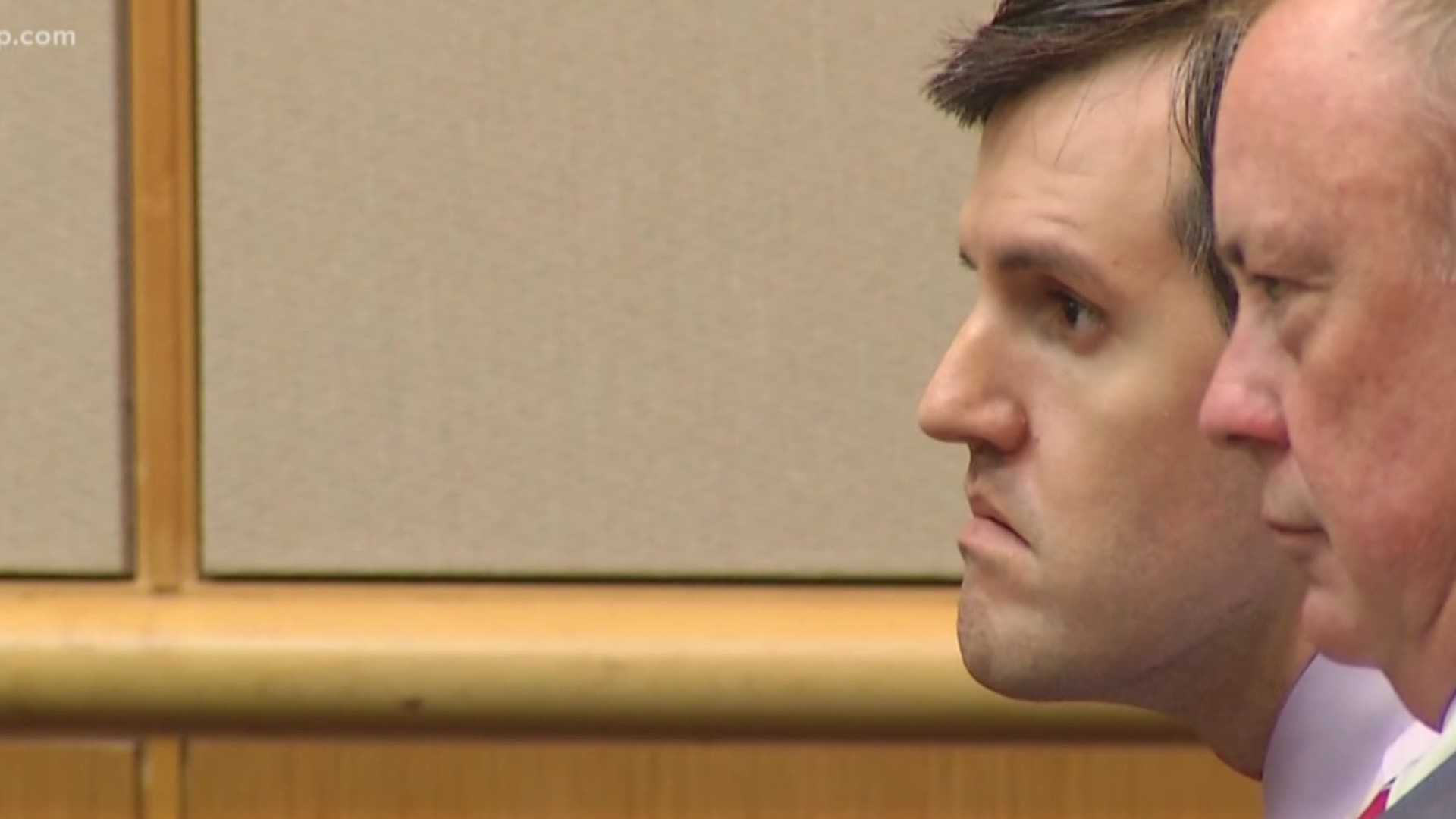 CLEARWATER, Fla. — Rebuttals and delays are expected to continue in day 16 in the murder trial of John Jonchuck.

This trial, now in its fourth week, has seen 33 different witnesses including Psychologist, Doctor Peter Bursten. On Tuesday, Bursten continued to poke holes in the defense’s insanity argument. While other doctors previously told the jury they believe Jonchuck was insane when he killed Phoebe, Dr. Bursten disagrees.

Bursten believes Jonchuck has severe mental illness and moments of delusion but he also thinks Jonchuck was at least somewhat in touch with reality when he dropped Phoebe over the bridge because he didn’t follow through on the voices in his head telling him both he and Phoebe had to die to save the world.

“You have an incredibly powerful delusion that’s telling him that and he doesn’t follow the delusion. He drops Phoebe over the edge and he leaves,” Bursten told the jury.

Dr. Bursten also told the jury about a checklist used to diagnose psychopaths. He gave Jonchuck high marks on the checklist finding him to have personality traits such as superficial charm, manipulative, and a lack of remorse.

Dr. Peter Bursten proved to be a controversial witness for the prosecution's rebuttal Monday morning as well when he testified about Jonchuck's upbringing. During his time on the stand, Bursten referenced Jonchuck's financial problems, fights as a young child, alleged fraud against his family and accusations that Jonchuck used his daughter's Social Security money to buy drugs. 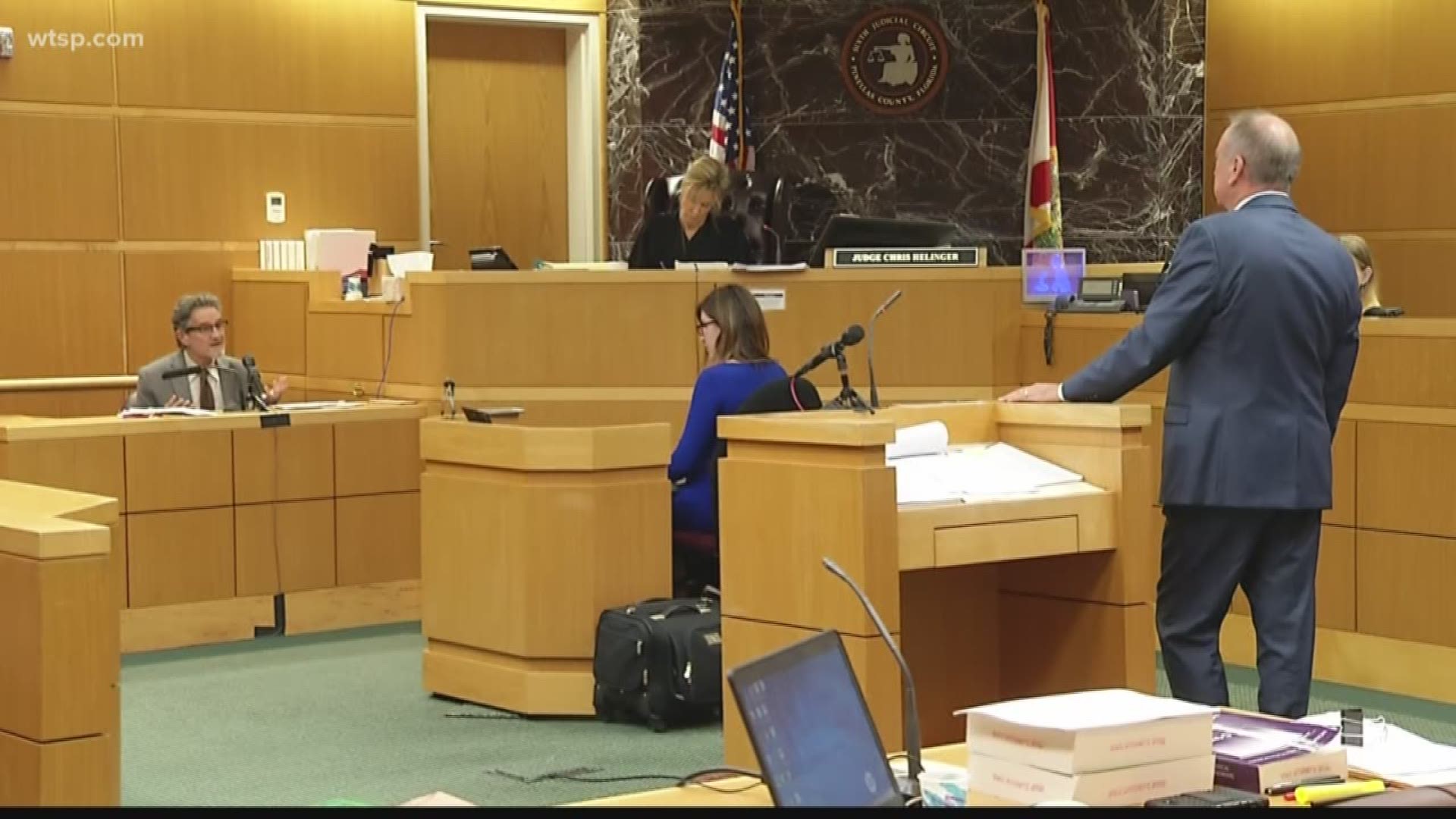 Jonchuck's defense team erupted after the jury was dismissed for a lunch break, calling Bursten's testimony a "character assassination." The defense argued with prosecutors and the judge to have the testimony thrown out.

The defense argued Bursten's listing of Jonchuck's past offenses aren't relevant to the trial and could muddy the jury's thinking.

Prosecutors and the defense have argued over witnesses, testimony and evidence since before the trial event began. During the trial, these eruptions and arguments have slowed the trial's pace and caused numerous delays.

The judge also dismissed another juror who didn't show Monday because of an illness. The trial started with 9 men and 7 women and is now down to 8 men and 6 women on the jury. A juror was dismissed last week when the judge realized he actually lived in Pasco County.

Once prosecutors wrap up the rebuttal, Judge Chris Helinger could give the defense a chance to rebut the rebuttal – called a surrebuttal. Once that's complete, both sides will deliver closing arguments and the jury will begin deliberations.

After the defense cross-examined Dr. Bursten, court wrapped up for the day. Another psychologist is expected to testify Wednesday.

Jonchuck is on trial for murder in the death of his 5-year-old daughter Phoebe. One early morning in January 2015, a St. Petersburg police officer watched Jonchuck drop Phoebe off the side of the Dick Misener Bridge into the waters of Tampa Bay.