Investigators say Joshua Lollar posted pictures and video online of him clashing with police officers while storming the Capitol. 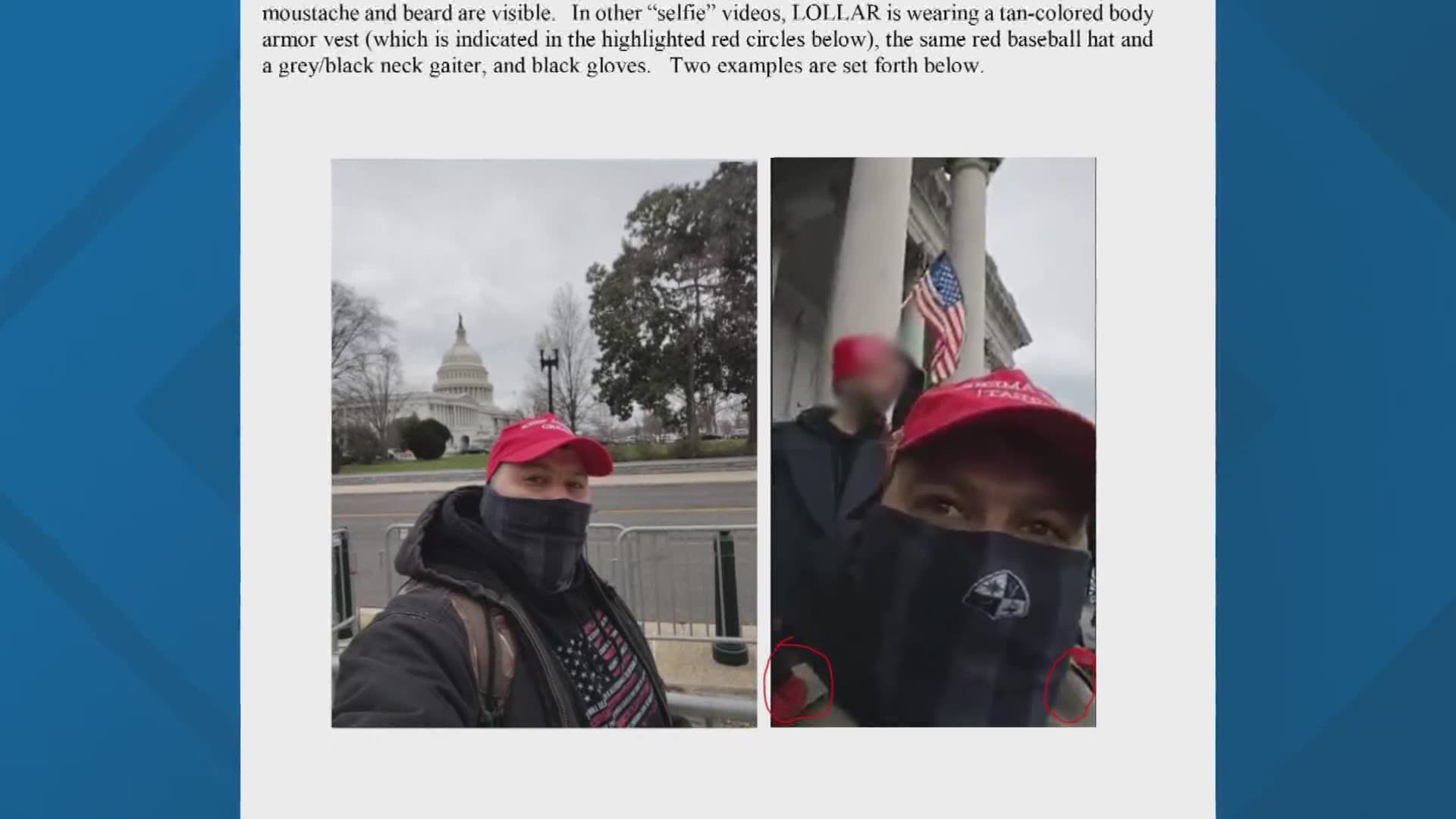 HOUSTON — A Spring man went before a federal judge Tuesday for his alleged role in the deadly Capitol riot.

Federal investigators say Joshua Ryan Lollar was part of the mob that stormed the Capitol on Jan. 6 while Congress was in the process of certifying the election results.

Editor's note: The video above first aired on Friday, Jan. 20.

Like other suspects, Lollar posted selfies and videos bragging that he was breaching the Capitol and fighting with police, according to the FBI.

Agents say they interviewed Lollar at his home in Spring where he admitted that he took part in the chaos. He turned over his cell phone full of evidence.

He was arrested by FBI agents last Friday.

Lollar is charged with:

A 10-page court document details a long list of evidence against Lollar, primarily from his own social media accounts.

Credit: FBI
Court documents on Joshua Lollar include photos from his Facebook page documenting his role in the Capitol riot, according to the FBI.

Also Tuesday, former Houston police officer Tam Dinh Pham was charged for his alleged role in the Capitol riot. FBI agents say cell phone pictures and videos gave them the evidence they needed to charge him. 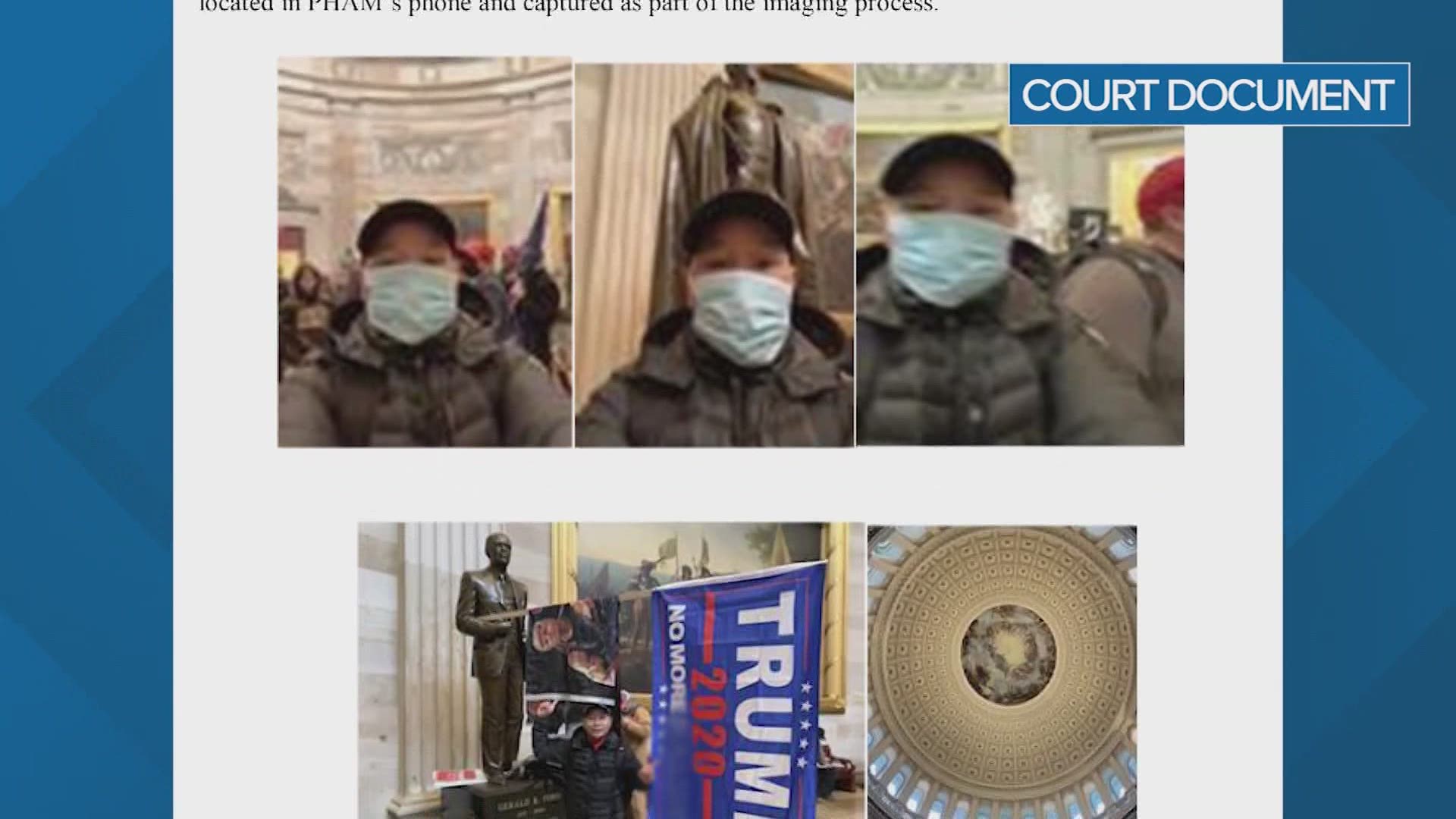 1 / 29
AP
Police with guns drawn watch as protesters try to break into the House Chamber at the U.S. Capitol on Wednesday, Jan. 6, 2021, in Washington. (AP Photo/J. Scott Applewhite)