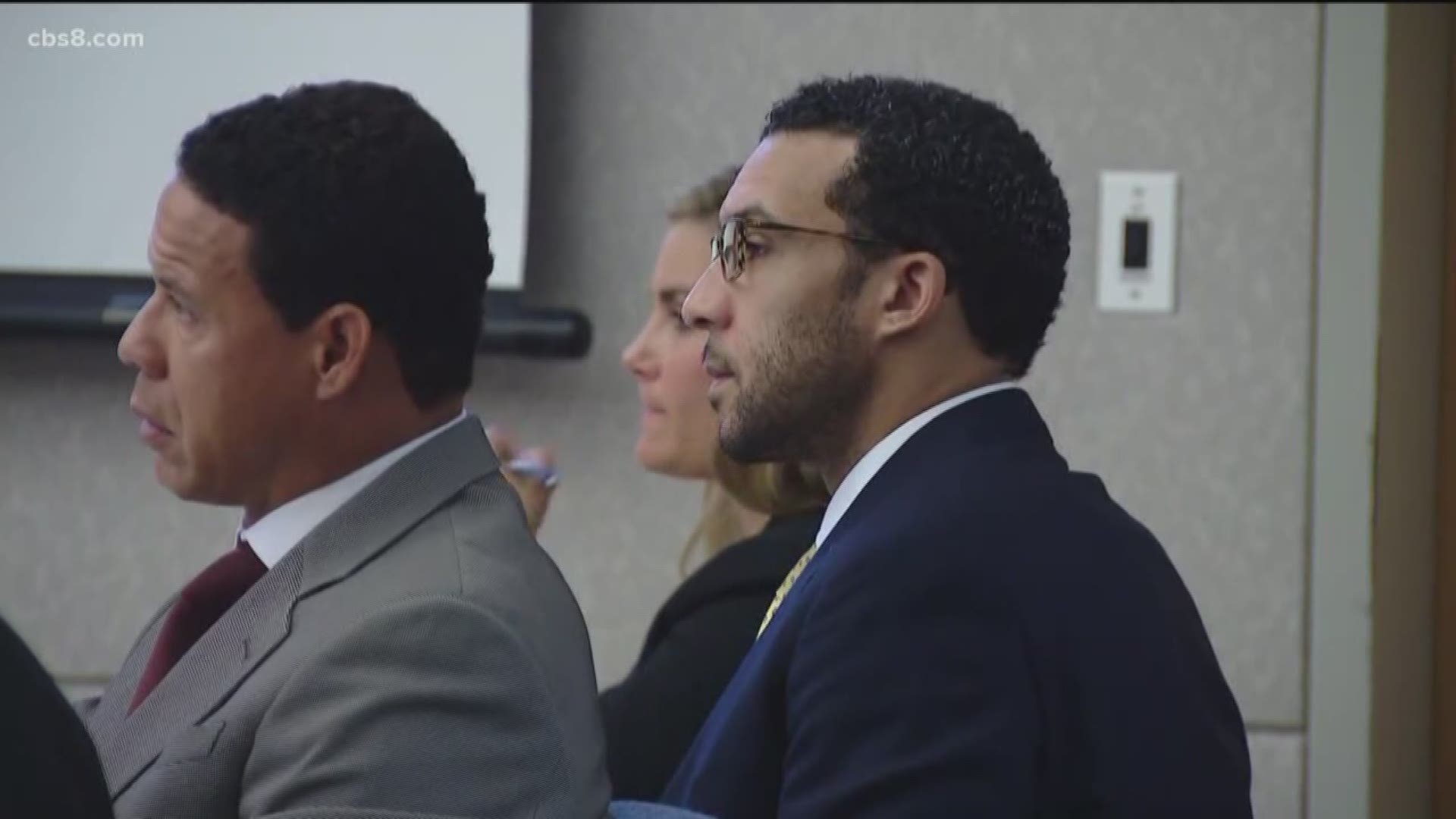 SAN DIEGO — Content Warning: The subject of this story is graphic in nature and it may be disturbing to some readers.

Testimony continued Thursday in the rape trial of ex-NFL player Kellen Winslow II, who is charged with raping two women in Encinitas and raping an unconscious teenager in 2003.

On the stand, the woman said Winslow came up to her while she was in her yard and asked if she was cutting a lot of flowers and she said, “I was cutting flowers and he was right there.”

She said she turned her back and “he was taking off his pants.” She said, “I was shaking my head saying no, no, no, no – and he ran away.”

On Wednesday, Jane Doe 2 took the stand to testify about Winslow allegedly raping her on Mother's Day in 2018. She said she believed it would be her "last night."

Jane Doe 2 testified during cross-examination that she never knew Winslow's last name and that she only knew him as "Kevin." She also called Winslow "very smart" saying that he put his hands on her throat in a way that wouldn't leave marks.

On Tuesday, a woman identified as Jane Doe 1, was the first of five accusers expected to take the stand.

The female hitchhiker accused Winslow of raping her after he picked her up in March 2018. She said she did not flee or defend herself because the muscular football star had threatened to kill her.

Winslow's attorneys said the two had consensual sex and suggested she had a drinking problem, pointing out that she has been arrested 11 times for public intoxication.

Winslow is accused of raping three women and exposing himself to two others. All are expected to testify.

The former football star, and son of Hall of Famer Kellen Winslow, has pleaded not guilty to 12 counts.