Gov. Kemp hoping multi-agency operation sends message: 'We’re not going to continue to put up with this'

A team he assembled is now watching out for street racing, shootings or any other violent crimes in the area. 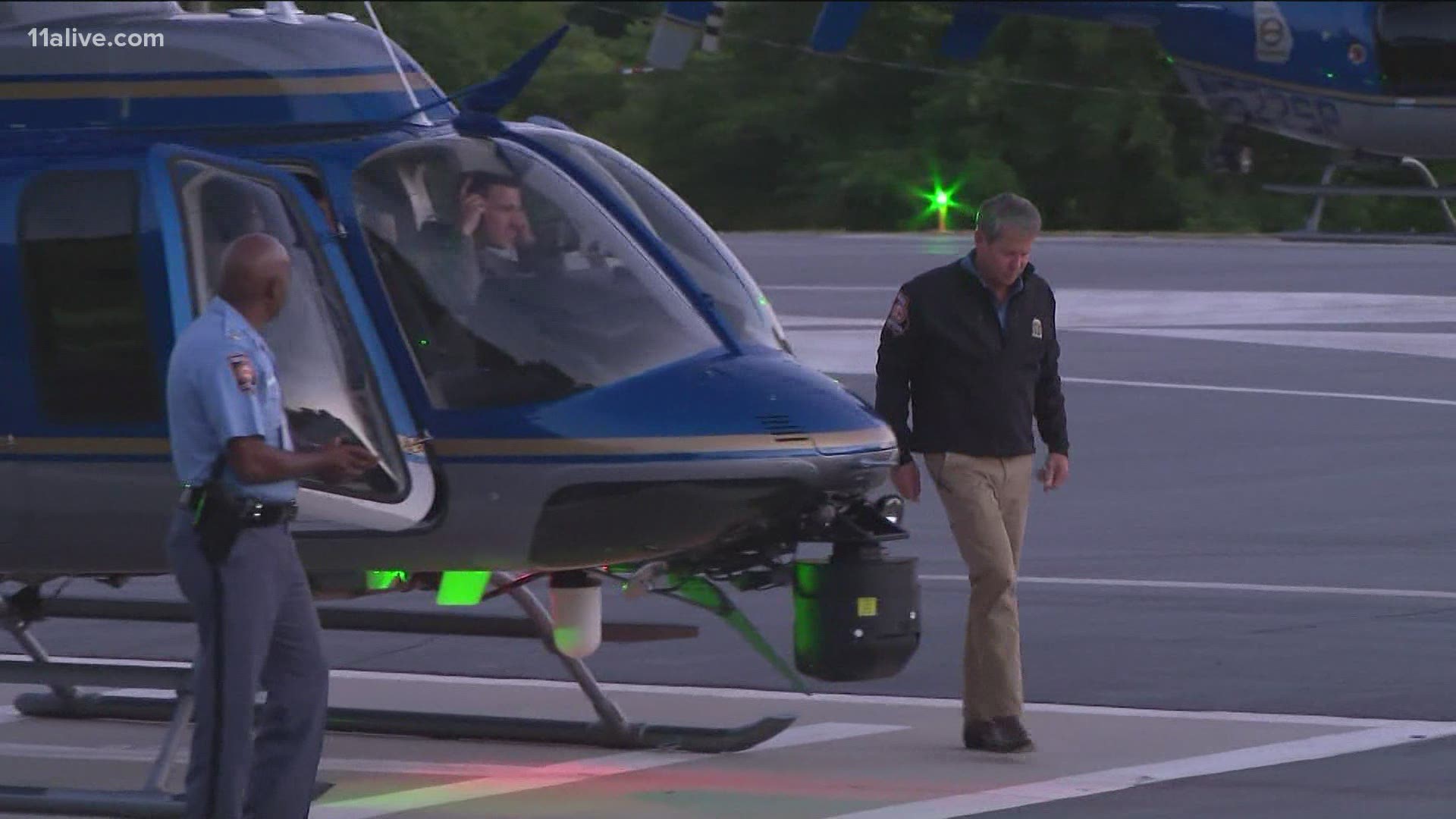 ATLANTA — A group of five law enforcement agencies has teamed up to aggressively take on violent crime in Atlanta.

The team, assembled by Gov. Brian Kemp, is conducting operations throughout the weekend - their third in this operation.

It’s still too early to tell how many arrests they’ll make on Friday night. But, for the past two weekends, the Georgia Bureau of Investigation, Georgia State Patrol, Department of Natural Resources, Atlanta Police, and the Fulton County Sheriff's office have made 1,415 arrests, conducted 1,799 traffic stops, and found 25 people with outstanding warrants.

Governor Kemp said people are frustrated with leaders and politicians making promises and taking no action and he wanted that to change.

Credit: 11Alive
Gov. Kemp arrives in Helicopter after surveying operations to deter crime in Atlanta on May 7, 2021

After touring the city by air to oversee the operation, Gov. Kemp said he’s pleased with the progress of the now month-long operation.

"Wherever there’s been reports of other crimes, we going to be out throughout the city and throughout Fulton county patrolling," Georgia State Patrol Major Kendrick Lowe said.

Kemp believes a presence in the city will help deter violent crimes- a wave he says has gone unchecked for the past year.

“I grew very frustrated over the summer with a lot of things going on," Kemp said. "Last summer, when you had an Atlanta Police officer that was very lucky not to lose his life, hit by one of these maniacs that’s drinking and drunk, driving a four-wheeler downtown in Atlanta.”

While Kemp said politicians have been making empty promises to tackle violence in the city, he praised Chief Rodney Bryant for his permanent position as head of the Atlanta Police.

“I think it will give his officers and his administration a lot of stability and I think he’s done a good job with the situation he’s been left with,” Kemp said.

The governor added that this operation will go on for however long is necessary and that other police departments are asking for the same help. So, they’re trying to figure out how to use resources in the state to help drive down crime across Georgia.