Kevin McKinney was previously arrested about a week after the August 20, 2020 shooting and charged with two counts of first degree murder. 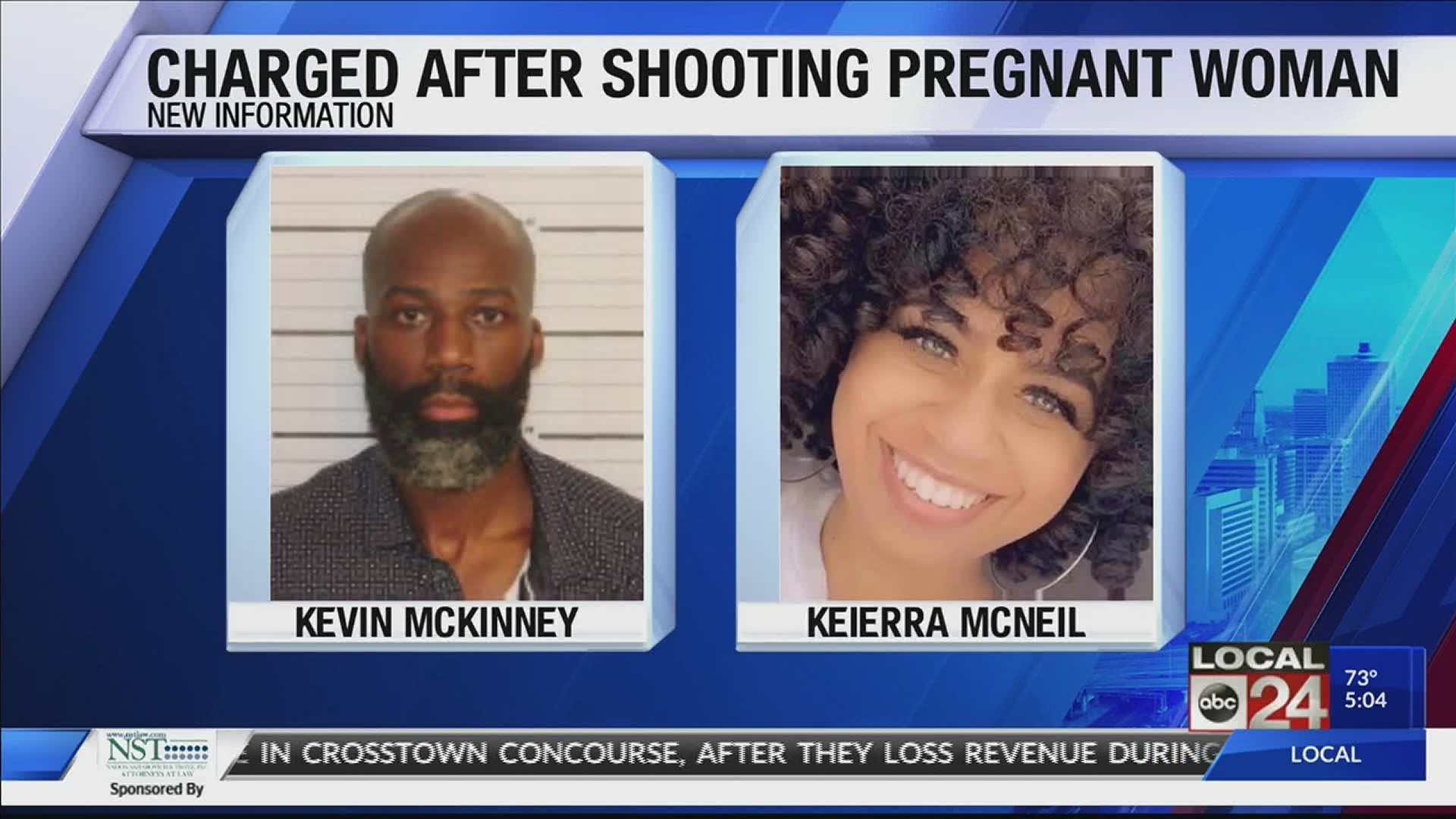 MEMPHIS, Tennessee — UPDATE 9/27/2021 - Memphis Police are seeking more information in the August 2020 shooting death of a Keierra McNeil and her unborn child.

Investigators released surveillance pictures of two vehicles considered "vehicles of interest" in the case. They are asking anyone with information on the cars to call Crime Stoppers at 901-528-CASH.

Kevin McKinney was previously arrested about a week after the August 20, 2020 shooting and is currently charged with two counts of first degree murder.

According to a police affidavit, officers were called to Walgreens in the 9000 block of Walnut Grove on August 20, where they found McNeil unresponsive in the driver's seat of a black Mercedes.

McNeil's sister told officers that Keierra had gone to meet McKinney, who is the father of her unborn child, to talk about co-parenting.  Officers were told that McKinney wasn't happy about the pregnancy and had been pressuring McNeil to have an abortion.

A witness on the scene told investigators they saw a man walk out of the bushes at the back of McNeil's car and shoot her several times.  The witness was able to give a description of the shooter that matched that of Kevin McKinney.

That witness identified McKinney in a photo lineup as the man with "smoking gun" standing next to McNeil's car.

The victim was pregnant and was identified as Keierra McNeil (32). The suspect, 38-year-old Kevin Mckinney, was also identified and is now in custody for 2 cts of First Degree Murder. pic.twitter.com/kvsus5x9U6 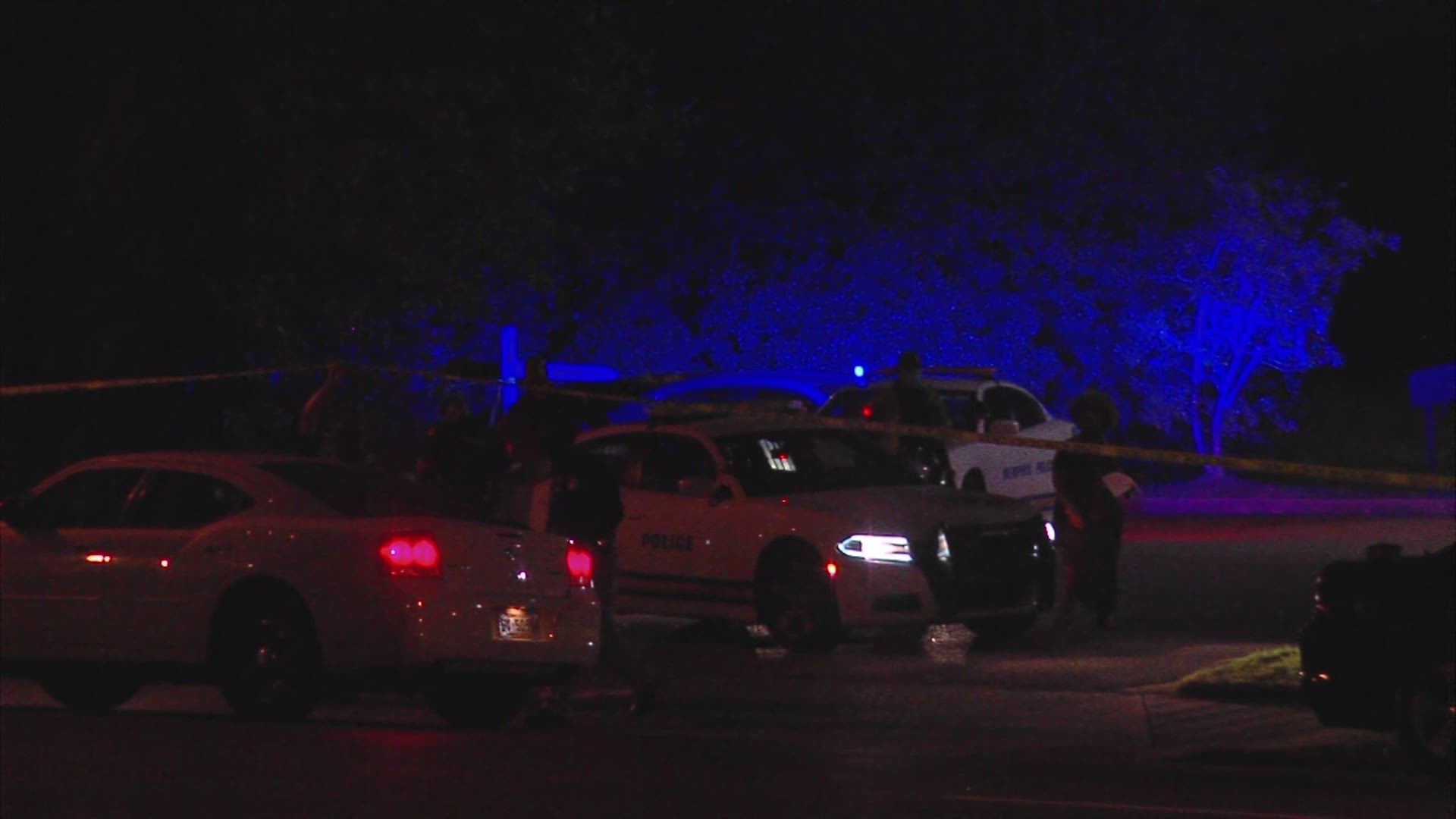 UPDATE 8/27/2020 - Local 24 News has learned a warrant has been issued for first degree murder for Kevin Mckinney, suspected in the shooting at a Walgreens that killed a Cordova woman.

The victim has been identified as Keierra McNeil. Family members say she was pregnant at the time of the shooting.

8/20/2020 - A woman was found shot to death at Cordova Walgreens Thursday night.

Officers with the Memphis Police Department were on the crime scene at 9028 Walnut Grove at the intersection of Walnut Grove Road and Forest Hill Irene Road shortly before 8pm.

They are looking for a suspect they describe as a Black man with a thin build, 5’6”, wearing blue jeans. He was in a white GMC SUV.

If you have information that can help investigators, call CrimeStoppers at 901-528-CASH. You could earn a cash reward.

Officers are on the scene of a shooting at 9028 Walnut Grove.

Prelim info – a female victim was located and pronounced deceased on the scene.

The suspect is a black male, thin build, 5’6, last seen wearing an unknown colored shirt and blue jeans, in a white GMC SUV.